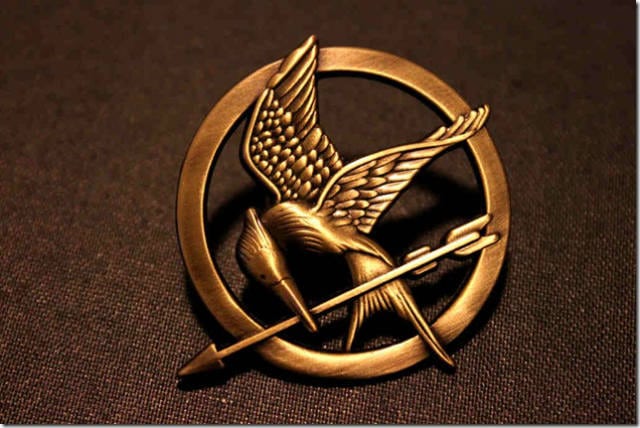 Does the Liberty Movement Have a MockingJay?

Call me a pessimist, but my readers will know that I have little hope due to the direction that this country is headed.  I believe I’ve clearly demonstrated this position in my article Why There Will NOT Be Peaceful Revolution.

In that article, I prove why even the biggest protests or gatherings of liberty favoring individuals have been ineffective.  As I contemplate the failure of these movements, I ask the question “Why”?  Why have absolutely massive movements like the Tea Party, Glenn Beck’s Restoring Honor Rally, or others been so ineffective?  While there may be a multitude of reasons, one that stands out is that we do not have a clear and defined leader…A Liberty MockingJay if you will.

Out of some of America’s greatest civil unrest came symbols of leadership:

-Paul Revere warning about the British in the American Revolution

-Abraham Lincoln and his role in the American Civil War

-Martin Luther King was the symbol of unifying racial divide

-Susan B. Anthony was a key figure for Women’s civil rights

Even outside the US, figures like Vasily Zaytsev – a famous Russian Sniper during WWII  gave hope to the soldiers (most notably seen in the movie Enemy at the Gates).

The list can go on and on in terms of the US or other nations who have persons which represent a symbol of hope, similar to Katniss Everdeen in The Hunger Games MockingJay.

And the winner is?

So, who is the liberty Mockingjay for the United States?  Is it Ron Paul, Rand Paul, Sarah Palin, or other politician?  Is it a political news pundit like Glenn Beck, Michael Savage, or dare I say Alex Jones?  Could it be one of the many whistleblowers that have come out against government corruption like Edward Snowden?  Or how about other outspoken individuals such as Dr. Benjamin Carson or Cliven Bundy (Bundy Ranch)?

Personally, I think there is no one.  There is not one individual that I see in the United States that has generated a massive following of dedicated citizens paired up with an impactful movement to drive change.

The closest that this country has come to that kind of change was the Tea Party.  Although it is not one particular individual to serve as the liberty MockingJay, it would at least serve as a platform against republican and democrat corruption, and restoration of conservatism.  In fact, this article suggests that the Tea Party (or Libertarianism) may become America’s Third official Party.

Am I hopeful that this is the case?  Sadly, no.   And the reason I say that is because big money is not invested into Libertarians.  As money has so much prevalence in advertising any particular candidate, libertarians are smothered out of the equation much like Ron Paul was.

I believe that any resistance against the government machine needs a symbol of hope and leadership.  The conservative movement is indeed much larger than the minority of liberals who hold bull horns would make us believe, but we are severely disorganized.

I hope that America will find its Mockingjay, and hopefully he/she will not be a martyr.  I hope that he/she will come before this machine burns itself into the ground.  We shall wait and see… 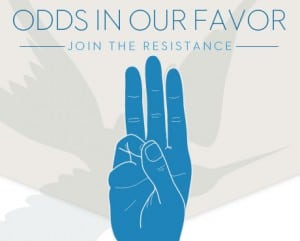 ATF Ammo Ban Recall: Have we been fooled?
“Scout” Survival Kit – The EDC of the Outdoors