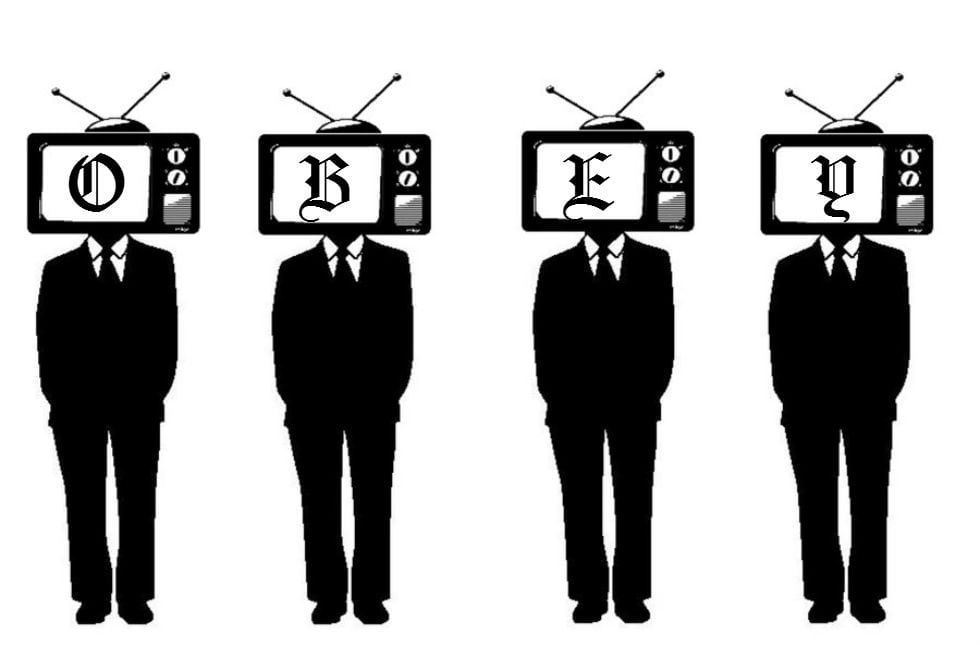 This morning, I was thinking about topics to write about and one in particular has been burning in my mind over the past couple weeks – how reality TV (and TV in general) is skewing our perception of reality & making us submissive, complacent or apathetic.

Second, the drama is extreme!  Americans are routinely exposed to major “real life” and “artificial reality” drama to where we are desensitized.  To be honest, being that most truth news/preparedness sites cover this kind of news daily, are we culprits ourselves?  Perhaps, but someone has to disseminate the news that the major corporates are shying away from.

And lastly, as most media is controlled through major corporate entities, the message is tactfully directed.  Look at how easily the entire country was hyped on Ebola for the duration of two months, for it to almost vanish overnight.  Media can control popular opinion and the direction of views very easily…

I would have loved to write an entire article on this, however John Whitehead @ Rutherford.org beat me to it.  However, I love John’s profound writing style.  He talks about the implications of television on society in this great article which was in my inbox today.  Have a read of the first third and continue reading on John’s site.

Per Rutherford.org – How Reality TV is Teaching us to Accept the American Police State

“Americans love their reality TV shows—the drama, the insults, the bullying, the callousness, the damaged relationships delivered through the lens of a surveillance camera—and there’s no shortage of such dehumanizing spectacles to be found on or off screen, whether it’s Cops, Real Housewives or the heavy-handed tactics of police officers who break down doors first and ask questions later.

Where things get tricky is when we start to lose our grasp on what is real vs. unreal and what is an entertainment spectacle that distracts us vs. a real-life drama that impacts us.

For example, do we tune into Bruce Jenner’s gender transformation as it unfolds on reality TV, follow the sniping over Navy sharpshooter Chris Kyle’s approach to war and killing, or chart the progress of the Keystone oil pipeline as it makes it work through Congress? Do we debate the merits of Katy Perry’s Superbowl XLIX halftime performance, or speculate on which politicians will face off in the 2016 presidential election?

Here’s a hint: it’s all spectacle.

Studies suggest that the more reality TV people watch—and I would posit that it’s all reality TV—the more difficult it becomes to distinguish between what is real and what is carefully crafted farce. Unfortunately, Americans have a voracious appetite for TV entertainment. On average, Americans spend five hours a day watching television. By the time we reach age 65, we’re watching more than 50 hours of television a week, and that number increases as we get older. And reality TV programming consistently captures the largest percentage of TV watchers every season by an almost 2-1 ratio.

Yet it’s more than just economics at play. As I make clear in my book A Government of Wolves: The Emerging American Police State, we’re being subjected to a masterful sociological experiment in how to dumb down and desensitize a population.

This doesn’t bode well for a citizenry able to sift through masterfully-produced propaganda in order to think critically about the issues of the day. Then again, it can be hard to distinguish between the two. As cognitive scientist Steven Pinker points out, the hallmark of well-told fiction is that the audience can’t tell the difference.

Producers have become so good at their job of constructing a cohesive narrative, one that imitates life – albeit, dramatically so – that the narrative ends up compelling life to imitate it. This is an important distinction…. drama doesn’t emerge accidentally. It’s intentional. But not everyone knows that.

“Reality TV is fiction sold as nonfiction, to an audience that likes to believe both are possible simultaneously in life,” continues Weller. “It’s entertainment, in the same way Cirque du Soleil enchants and The Hunger Games enthralls. But what are we to make of unreal realness? And what does it make of its viewers? Do they…mimic the medium? Do they become shallow, volatile, mean?”

The answer is yes, they do mimic the medium.

Studies suggest that those who watch reality shows tend to view what they see as the “norm.” Thus, those who watch shows characterized by lying, aggression and meanness not only come to see such behavior as acceptable but find it entertaining.

It’s a phenomenon called “humilitainment,” a term coined by media scholars Brad Waite and Sara Booker to refer to the tendency for viewers to take pleasure in someone else’s humiliation, suffering and pain. It largely explains not only why American TV watchers are so fixated on reality TV programming but how American citizens, largely insulated from what is really happening in the world around them by layers of technology, entertainment, and other distractions, are being programmed to accept the brutality, surveillance and dehumanizing treatment of the American police state as things happening to other people.

This is what happens when an entire nation, unable to distinguish between what is real and unreal and increasingly inclined to accept as normal the tactics being played out before them in hi-def, not only ceases to be outraged by the treatment being meted out to their fellow citizens but takes joy in it.

Unfortunately, for the majority of Americans who spend their waking, leisure hours transfixed in front of the television or watching programming on their digital devices, the American police state itself has become reality TV programming—a form of programming that keeps us distracted, entertained, occasionally a little bit outraged but overall largely uninvolved, content to remain in the viewer’s seat.

In fact, we don’t even have to change the channel when the subject matter becomes too monotonous. That’s taken care of for us by the programmers (the corporate media and the police state). Before we got too worked up over government surveillance, they changed the channels on us and switched us over to militarized police. Before our outrage could be transformed into action, they changed the channel once again. Next up: ISIS beheadings, plane crashes, terrorist shootings and politicians lip-synching to a teleprompter.

In this way, televised events of recent years—the Ferguson shooting and riots, the choke-hold of Eric Garner, the Boston Marathon manhunt and city-wide lockdown, etc.—became reality TV programming choices on a different channel.

The more that is beamed at us, the more inclined we are to settle back in our comfy recliners and become passive viewers rather than active participants as unsettling, frightening events unfold. Reality and fiction merge as everything around us becomes entertainment fodder. This holds true whether we’re watching American Idol, American Sniper or America’s Newsroom.”