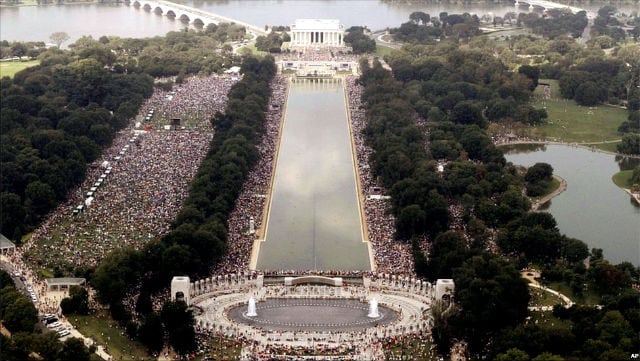 Why There Will NOT be Peaceful Revolution

There have been and are presently several movements  calling for a peaceful revolution across the US to fight for the restoration of liberty, equal opportunity, less government, etc..

Tell me, what has changed?  I can tell you that a lot has changed, but in the opposite direction from that with which these movements were founded.

Why are these events and why will future similar events be unsuccessful?  Let me take you back to August 28th, 2010:  The Glenn Beck Restoring Honor Rally 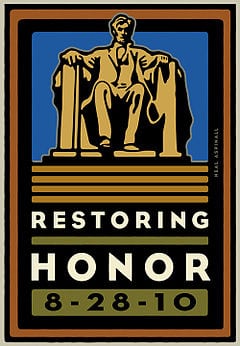 In one of the most coordinated efforts by Tea Party backers, as many as 500,000 people were bused in to Washington DC to protest our lawmaker’s excessive corruption and inability to cooperate.  While many left leaning media outlets tried to downplay the numbers of people that attended, ariel photographs of The Mall showed that at the very least, 100,000 people.  That my friends is no small feat.

So, with the restoring honor rally being one of the most prevalent showings of force from the citizens of the US, what changed as a result?  A couple tea party candidates made their way into congress, the tea party name became enough of a familiar term to deem supporters as right wing domestic terrorists, and that is about all that I can think of.  The government machine keeps rolling forward.

It’s not just the United States.  In China, the 2014 Hong Kong Protests had over 100,000 people flood the downtown streets over government corruption.  What was the end result?  Nothing.

Let’s be clear with one another.  I do not support a violent uprising of the people.  However, I can most definitely see the limitation of options on the table:

1.  The people keep doing what their doing.  They remain complacent or apathetic and do nothing.  Another option is they get out and protest and write their congressmen which still yields…nothing.  End Game – The New World Order.

2.  A major event rocks the public distrust of government to where you have a Ferguson style riot but on a much more massive scale.  Change will happen in this instance, but who knows which way that change goes.  Does it go in favor of the protesters?  Or are the protesters isolated through the police state and media propaganda and conveniently silenced?

At this point, I feel as though the economy is the Titanic.  Even if we were to steer the helm towards the right direction, we are headed on an almost direct collision course with a collapsed financial system.  Do what you can that is within your power; prepare for yourself and your family and network with others.  As I’ve shown, even the greatest showings of public support have not made a dent in our spiraling path towards collapse.