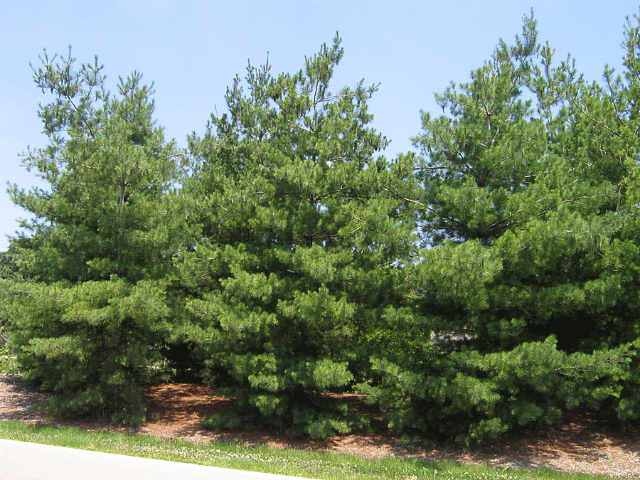 Pine – One of the Best Survival Trees

Pine trees cover “almost” every aspect of survival – shelter, food, fire, tools and more!  They are one of the easiest to identify and are plentiful!  All you need to do is learn what they have to offer.  Although there are an immense number of survival uses of these trees, I cover the most common and practical uses.

If you look at the map, pine trees are present (green/light green) in almost half of the entire Midwest and Eastern region of the United States.  Identification is super easy as well.  You can usually spot pine trees from afar as they are evergreen and appear to have black trunks at a distance.  Up close, you can confirm identification by looking at the needle cluster.  White pine has a cluster of 5 needles. 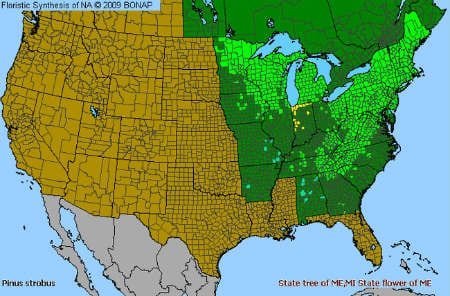 While many guides will say pine has no poisonous  look alikes, it is good to make you aware of an evergreen that is poisonous.  Yew is a bush/tree with needles more similar to spruce than pine and is deadly poisonous.  If you have bushes in your yard that yield juicy little red berries, that is a Yew bush/tree.  While it is hard to make the mistake of pine vs. Yew, I have read a case of a girl scout who thought it was pine and made tea from the needles.  Unfortunately, she died soon after.

Friction Fire – For beginners trying to learn fire by hand, one concept frequently overlooked is finding the right type of wood.  If you try to start a friction fire using hard wood, you’ll most likely fail.  The key is to find dry, dead and non-decayed soft wood for a friction fire.  White Pine  very frequently has dead limbs at the base within an arms grab which makes this task fairly easy.   The only caveat to using pine is that you want to make sure the limb’s resin has receded back into the trunk.  If you get a limb that is full of pine resin, the friction from your spindle can sometimes turn the resin into a varnish and reduce the friction needed to start a coal.

Fat Wood – While resin may not be good for a getting a coal from friction, it’s definitely good as tinder.  Pine resin is flammable and even green pine wood will catch fire.  You can use scrapings of the fatwood as tinder, or you can make a torch using bundles of resin for fire carrying.  Below is an excellent video on fatwood identification and harvesting.

Needles – Dead needles are an excellent source of tinder!  If you find some, pick up some patches of needles and save them for when you need them.

In all honesty, I prefer spruce over pine when it comes to particular shelter builds, however it does not discredit pine as being a valuable shelter resource.

Roofing – While spruce needles tend to offer better protection, you can still cut down boughs of pine limbs and use them as shingles for a bushcraft roof.  You may need to use several layers.

Pine tree snow shelter – If you are far north and get heavy snowfall, a natural snow pit can form underneath pine and other evergreen making a great expedient shelter. 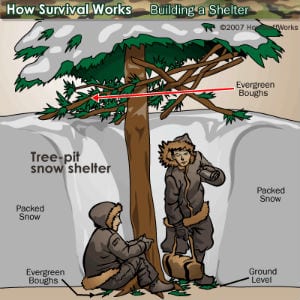 Nuts – Every eat pesto sauce?  Did you know it has pine nuts in it?  Pine nuts can be harvested either conventionally but putting the cones on a sheet in the oven @ 350F until they pop open or put over a camp fire roast.  The nuts will generally fall out pretty easy, and then will need to be de-shelled similar to sunflower seeds.

Bark – The white inner bark of pine trees is edible and actually tastes fairly good.  It can be eaten raw, but you will not be able to chew apart the bark as it is too fibrous.  A better way is to roast the bark in a pan or hot rock, or fry them in some oil.  The heating process turns the bark into a chip and will yeild a much more pleasurable texture experience. 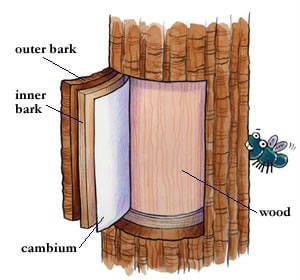 Needles – The needles of a pine tree are fairly dense in vitamin C.  An orange contains about 4.5mg/g of the vitamin whereas pine needles contain 0.7-1.9mg/g.  For reference, an average person needs about 100mg of vitamin C per day, so it is quiet doable to get your daily content from pine needles alone.  In order to extract the vitamin, you could simply boil the needles.  However, in order to be more effective with the extraction process, try grinding the needles to break them open a little bit before boiling.

Pine Pitch – Melting pine resin with charcoal dust effectively creates a cement that is very strong and waterproof.  I haven’t used this very much in the field, but it’s always good to know the capability in case you need it for anything.  Click here to watch a video on how to make pine pitch. 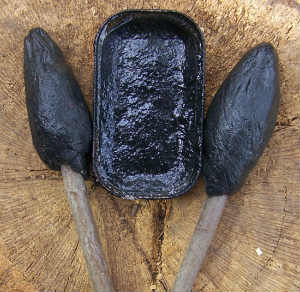 Stereotype? Careless, Selfish Preppers…
Why There Will NOT be Peaceful Revolution