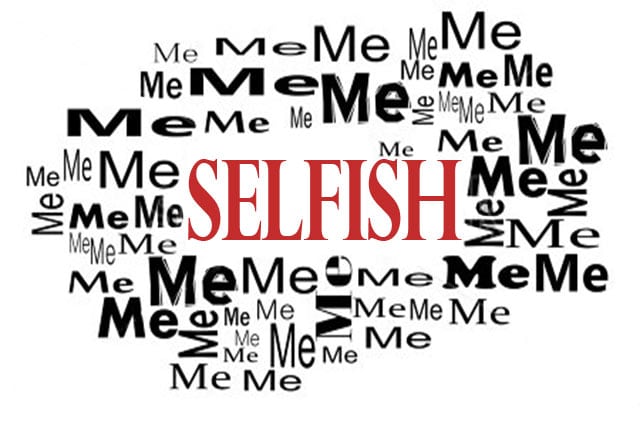 The first phrase is something that I’ve heard out of almost every prepper’s mouth.  The second two phrases are the inherent views of preppers from the greater public.  As if the stigma of being a crazy prepper conspiracy theorist wasn’t enough, the preparedness community is also faced with the careless & selfish stereotypes.  By the looks of how we are conveyed, one would assume that we’ve never donated a dime to charity or contributed an hour to helping others in need.  But is this really true?

In the current state, I would say the ratio of selfish to unselfish people in the preparedness community is largely representative of our population as a whole.  There are definitely folks that are only looking out for themselves, but there is also a good chunk of people that are donating their time and money towards good purposes.  With many preppers being conservative and religious, you’ll find pastors leading preparedness groups, preppers that donate time and energy towards missionary work, or others that donate money out of their pockets for a good cause.

However, in a post-collapse scenario, will these good deeds cease to exist?  It’s very easy to donate and help when resources are plentiful and you are in a better situation than the person you are helping.  However, what if resources are scarce?  Are you still willing to donate your time, energy or resources to another?

Some reading this post may say, “Hell no!  I’ve been trying to tell sheeple about this for awhile and no one believed me. If you come to my door I’m shutting it in your face!”  Others may only help if the situation is quid pro quo, or an even exchange of goods and services.  But what about true altruism?  Are preppers willing to provide for someone in need whether it’s temporary shelter, food or water even if there is nothing given in return?

It is indeed a very individual question.  It depends on who you are, who is requesting the need, and what the current situation is.  Perhaps you will not help the scroungy looking man, but you will not turn a child away.  However,  I unfortunately do foresee a huge drop off of aid between people if the collapse is anything near what we are thinking it is.

It is unfortunate, because it is acts of kindness, love and the inspiration that follows which make us “human”…otherwise, we are simply animals.

– If people never extended help towards others, many Jews would have not survived the Holocaust.

– Many African Americans would have not escaped via the underground railroad without the help from others.

– With poverty, starvation and struggle all around the world due to the corruption of money, millions would die without the aid from others.

So, what does it take to keep your humanity when all is lost?

Be a leader and let your actions be infectious to others.  Watch each of the two videos below.  The first is a homeless man who came to the aide of a women being robbed.  He was stabbed and laid in a pool of his own blood for an hour while many New Yorkers walked by.  The second video is a man who gets stuck between a rail tram and the platform.  Hundreds of people come to his aid by helping to push the tram away and free his leg.

The difference between the two videos?  It only took one person who was a leader, took charge, and instructed others to help in the 2nd video.  Their actions became infectious, and you see the human element revealed.  People will need each other when this thing collapses.  Will you fit the stereotype or will you overcome it?