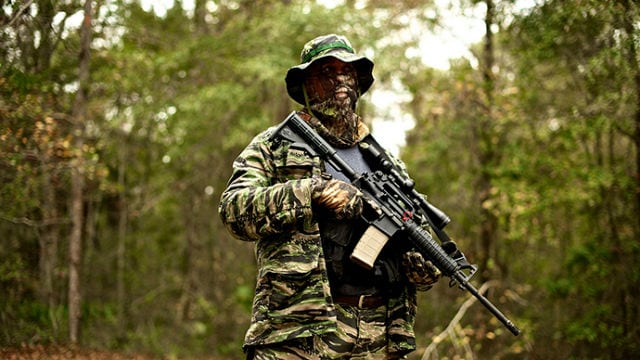 Back in early 2010, the FBI branded the term “Sovereign Citizen” as a form of domestic terrorism/extremism.

Sovereign citizens are anti-government extremists who believe that even though they physically reside in this country, they are separate or “sovereign” from the United States.

If you read the FBI article, they make some very broad and generalized statements against this group of individuals.  They are anti-government, anti-taxes, etc.  Well, that’s a nice loosely tied grouping of conservative libertarians and some republicans.  The FBI goes on further to speak of what sovereign citizens do including but not limited to murder, assault, gun running, counterfeiting, etc.

Essentially, the FBI bucketed opponents of the socialist/communist regime that is taking hold in the United States and are calling them terrorists.

So, why am I writing this article about the term “Sovereign Citizen” specifically?   You might be reading this and saying to yourself that this is nothing new as there have been several publications across the internet where “Homeland” security has deemed almost any conservative or right-wing group as an extremist organization (e.g. – returning veterans, Christians, our founding fathers etc.)

1.  Extremist or Extremism are not legal terms per USLegal.com.  However, the term “Sovereign Citizen” IS defined as a legal term upon which you can be classified during a trial (if you are even lucky enough to get tried in court due to indefinite detention laws).

2.  More importantly, our military and police are being trained on how to identify people as sovereign citizens so that they can communicate the threat clearly to backup.

– Sovereign Citizens are viewed as the #1 Domestic Terrorists in the US, and police departments across the nation are being notified.

– In a viral video of a patriot video taping the gate of a military base from a public sidewalk, an MP officer calls his superiors and tells them that there is a sovereign citizen threat.  The patriot knew exactly what the term meant and was outraged.

If you protest against the reckless behaviors of our government, could you be labeled as a sovereign citizen?

If you rally and protest against the ever increasing police state, are you a sovereign citizen?

If you are a prepper, could the fact that you are storing food, are self sufficient, and are a 2nd amendment supporter land you in sovereign citizen territory?

In my opinion, the answer is yes.  What you are witnessing is the re-structuring of the armed forces and police state to identify and detain individuals who go against government control.  I do not think the framework has been completed just yet, but this plan is definitely in motion.

If you are reading this site, you are likely a prepper or are thinking about prepping.  As such, events like these should be very concerning.   If they do not concern you, you may have an opinion such as, “The US population is too large and geographically diverse for them to target someone as little as me.”  However, as in Nazi Germany, the police state does not need to go after everyone.  All they need is a willing population that can snitch on the “outliers” of society so that their efforts can be targeted.  If you do not know much history about the Gestapo, you should read about them in my article Fear Thy Neighbor.

No wonder why preppers never want to open up…