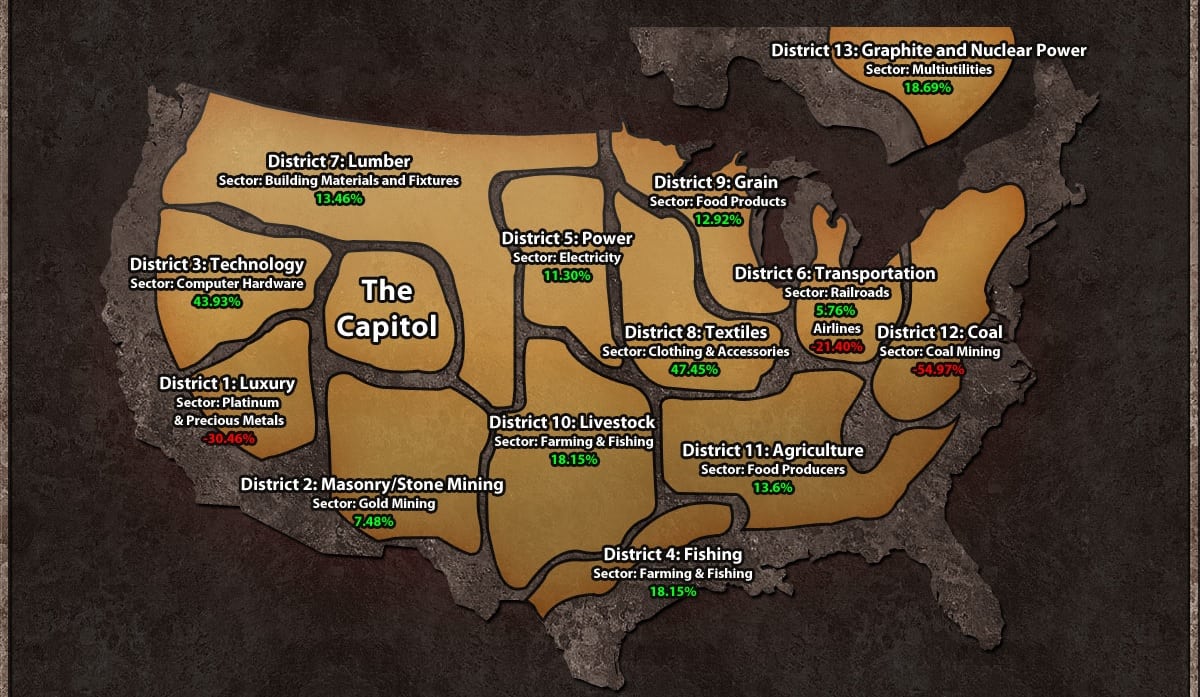 About a week ago, I posted an article called Why so few control so many.  That article showed that throughout history, the peaceful majority were irrelevant when the radical minority pursued their tyrannical agendas.  Although there are multiple psychological factors that contribute towards this unbalance of power, we’ll focus on one – Divide & Conquer.  Per wikipedia:

In politics and sociology, divide and rule (or divide and conquer) (derived from Greek: διαίρει καὶ βασίλευε, diaírei kaì basíleue) is gaining and maintaining power by breaking up larger concentrations of power into pieces that individually have less power than the one implementing the strategy. The concept refers to a strategy that breaks up existing power structures and prevents smaller power groups from linking up.

A perfect (and recent) application of this tactic can most notably be seen in the movie series – The Hunger Games.  After a post apocalyptic war, an authoritarian/totalitarian government was setup over the new nation Panem which is current day USA.  In order to gain control and subservience of the people of Panem, the government did two things:

So, how is this being practiced in the United States today.  Although we do not have full blown physical segregation of groups or expertise, we most definitely have separatation by ideology, and in recent years, has been increasingly exploited.  For example:

Let us be clear, we have always had issues that come up in our history that divide public opinion.  And, this is a good thing that we are able to express our first amendment right and use the democratic process to make decisions.  However, what is most disturbing about these issues in today’s world is the increased exploitation of them by politicians.

For example, look at how Nancy Pelosi inserted herself into the Occupy Wall street movement saying “God bless them” for standing up (even though she is part of the 1%).  What about the war on women…is there really active sexism on a national level? Or how about how President Obama stirred up racism by inserting himself into the Trayvon Martin case by saying “You know, when Trayvon Martin was first shot I said that this could have been my son.”

On almost all national issues, the country is divided at a point that is unprecedented!

How about physical segregation? 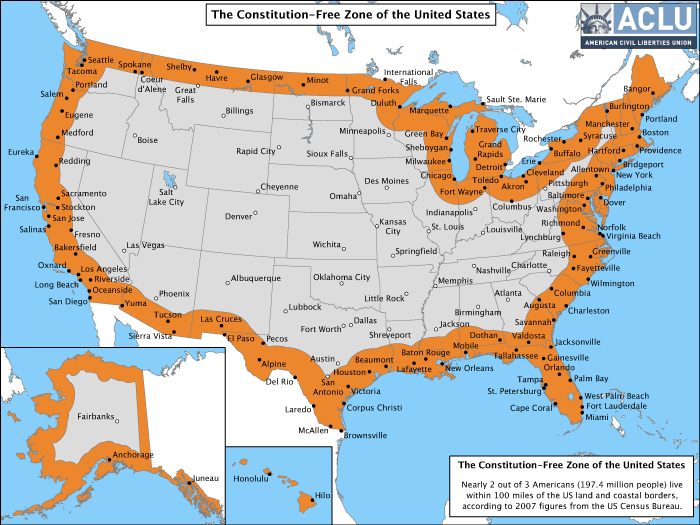 For starters, if you didn’t already know, there is a “Constitution Free” 100 mile border surrounding the entire United States.  This border actually consumes entire states as shown in the image above.

Would we ever be segregated like in the hunger games?  It is a possibility, but I do not see that stage happening at present.  Before that could occur, you would need to have a total dictatorship in place over the United States.  More than likely, if the division in the US increases in tandem with government power/authority, you may see states separate from the union.

There will always be differences between public opinion on core issues.  However, we must remind ourselves to not generalize or stereotype people into groups. Just as we started this article, division means less power of a collective people.

The return of the “Brown Shirts”
Path of least resistance