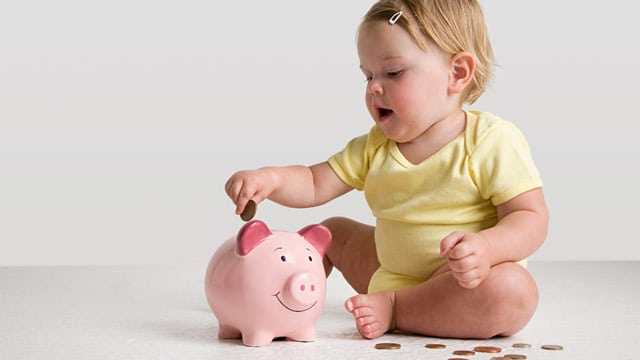 The Corporatization of Child Birth

It has been a little over a month since the birth of our new baby boy.  Now that the dust has settled and we have gotten the little guy (and ourselves) broken into a new routine, it was time for me to sort through the stack of medical bills.  As we already have a 2 year old, this was not our first rodeo.  I knew there would be some expenses associated with the birth, and had set aside some pre-tax funds in a Flexible Spending Account.  However, we blew past those funds as they did not even cover the first bill.  You’ll be amazed at the cost of our child birth as an example, and how the costs are hurting families and America in general.

Run that figure through your head for a second.  That is the total cost of medical care for my wife and our new born son.  It covers my wife’s pre-natal care & visits, the actual birth, and follow-up appointments for 1 month after the birth.  My wife had a natural birth with no epidural or other “accessory” medications or interventions.  The only non-typical interventions were a short 8 hour stay in the nursery to monitor the baby’s breathing and light treatment for mild jaundice.

While we were not responsible for that total figure, we did meet our maximum out of pocket value for our insurance company, and it was no small value.  Keep in mind, I work for a very large Fortune 500 company that supposedly has “very good” benefits.  Even with the benefits, I find it incredibly difficult to justify the actual cost…one that is practically equal to the cost of 1 year’s tuition at college, a very nice car, or a hefty 10-20% down payment on a mortgage.  If you want to put it in perspective to the struggling economy, recognize the federal minimum wage at $7.25 equals $15,080 gross (pre-tax) income per year.

Even if government medical assistance programs or insurance were to take care of the cost 100%, shouldn’t we still be concerned at this price tag?  Money is never free and it will always come from somewhere.  If it’s not coming out of the pockets of the family, it’s coming out of tax payer dollars!  What we are witnessing is the continued growth of debt bubbles in every aspect of life: education, housing, the stock market, and as I’ve shown – medical costs.  As I’ve written in several articles, I believe this is all a by-product of government / federal reserve intervention over our monetary system.  However, keep in mind that it’s not only the Fed driving up these costs.  Crony capitalism is also to blame, and here are just a couple of influencers:

– We are seeing a massive push on the American public to get more medicated and have more interventions.  For example, in this article I show the artificial (non-biological) doctor-bias for C-sections of pregnant moms.  Only about 5% of births should result in a C-section but doctors are having women get C-sections as much as 35% of the time.  If you can imagine a 31K price tag for a natural birth, image that with the included surgical costs of a C-section!  As a traffic cop seeks to make quotas on traffic tickets, doctors & hospitals seem to be under the same motivations…MONEY.

– In step with the pursuit of money, it’s not just doctors or hospitals.  Sadly, the pharmaceutical machine has their salesmen constantly reaching out to doctors to sell their products.  Doctors are left with small pamphlets that hardly discuss the science and side effects, but are rather a marketing tool.  The worst of this seems to be in the psychiatric realm where younger and younger children are being prescribed anti-anxiety, ADHD, or other unnecessary medication.

– We are seeing a culture of cowards where doctors are prescribing the most robust treatment in order to not get sued.  It’s much easier to defend that you started out with aggressive treatment rather than having the patient get hurt or die because you did “too little”.

– And to top it off, Obamacare.  While I’m not here to rehash how bad or intrusive Obamacare is, I will say from first hand experience that it has made everything medical more expensive for my family.  We’ve seen our co-pay, deductible, and out of pocket maximums increase because of it (Thanks Obama!).

Anywho, if you’ve never had a child before, did you ever imagine the cost?  Does it dissuade you from having a child?  If it does, it shouldn’t.  Rather, pursue home birth with midwives and don’t give you dollars to the corporate medical machine.  Do you research as it is indeed very safe to have a home birth.  You can do so by starting here.

child birth costmaternity costmedical costs
0 comments
THIS is Why there is No Hope for America
Opinion: Jade Helm 15 has Patriots Jaded