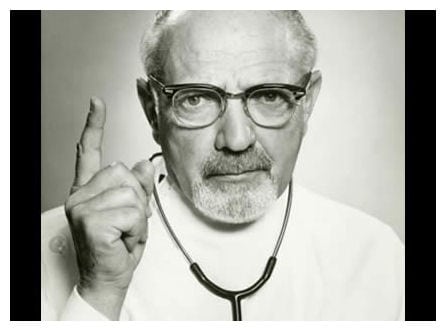 Why You Should Question Authority Figures MORE

However, authority figures need to be kept honest and in balance.  In government, our Constitution attempted at keeping balance via three branches of government.  Within our own lives, we are ultimately responsible for balancing the authoritative rule others impose on us.  In this article, I’ll show you one example of how complete submissiveness to doctors as authority figures has completely swayed a nation of mothers.

Too frequently do people accept their doctor’s opinion as gospel when it comes to their children’s health or their own.  Surely, we need to give their opinion some credit as they have spent a decade+ learning and practicing  the art of medicine.  However, we have something doctors do not.  Where a doctor usually has only about 30 minutes to 1 hour to figure you out (and of course certain lab testing), you have lived with yourself (or your children) for a life time.  Call it gut instinct or mother’s intuition, we all know when something is wrong with us regardless of whether the doctor gives us an analytical “OK”, or when a doctor states a diagnosis we don’t completely agree with.

We have the right to question a doctor’s diagnosis or “no diagnosis”.  We certainly have the right to ask for a second, third or more opinions.  However, in many cases covered by Medical Kidnap.com, some doctors are calling Children Protective Services if they feel their patients are not following their advice.  The children are then removed from their parents due to medical neglect. Take for instance this case where a family’s request for a second opinion led to the confiscation of their children:

By this point in Malik’s short life, he had already been subjected to 4 surgeries, but he still had repeated issues with his weight fluctuating. Lakisha expressed her concerns about the care he was receiving and asked to get a second opinion. She began talking about transferring his care to another hospital. The right to seek a second opinion and better treatment options are concepts which have long been assumed by the American public to be both the right and the responsibility of parents. However, much like Michelle Rider and the Pelletiers, Lakisha learned that some hospitals do not see it the same way.

When Lakisha got to the hospital to visit her grandson on December 5, she was shocked to find that Children’s Hospital had restricted her from visitation. She says that a social worker walked her to Malik’s room to kiss him good-bye, but she was not permitted to stay to visit. The next day, DCFS seized custody of Malik, citing medical neglect.

So, let’s take one instance of where doctors have collectively disseminated unnecessary medical advice under the pretense of “medical emergency”.  Back in 1970, only 5.5% of births in the US were by C-section.  However, as the chart below shows, we have skyrocketed to 31.8% in 2007 and nearing 34% in 2015.  This is in direct conflict with the World’s Health Organization’s recommendation that C-sections should only comprise 5-10% of births. 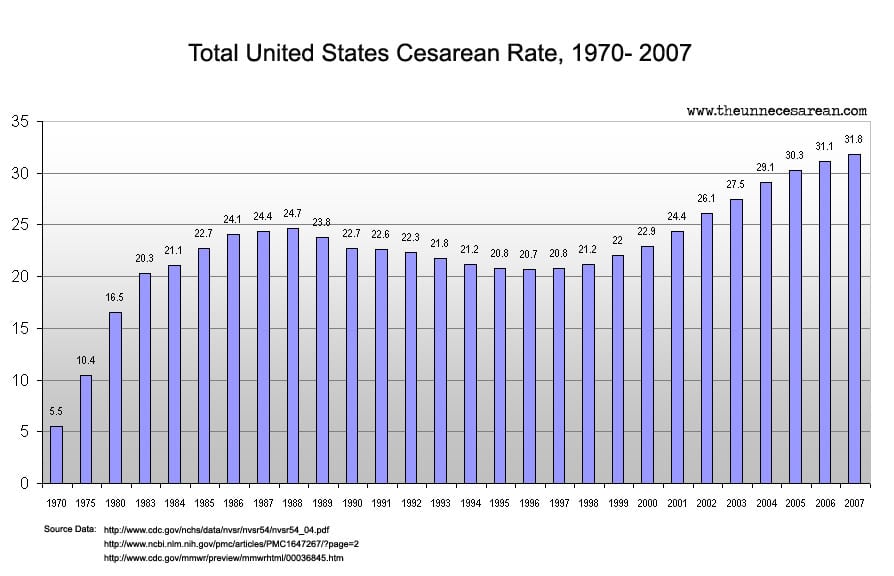 What has changed with our biology…nothing.  Instead, childbirthconnection.org states these issues as the primary reasons for doctors relying on c-sections:

So, tell me again why doctors were correct in increasing the number of C-sections in pregnant mothers up to 6 fold?

C-sections have inherent risks not only for the mother, but also the child.  Did you know that C-section babies have clinically more cases of mother detachment, asthma, breathing difficulties, excess brain fluid, breast feed detachment, and EVEN INCREASED RISK OF DEATH?!  If you didn’t, perhaps it would interest you to read this report about the negative side effects of c-section and why it should only be used in true medical emergencies.

What else do we not know?

Is chemo therapy and radiation which completely destroy our bodies really the right treatment for cancer?

Are the ever increasing list of vaccinations really keeping us more healthy?

Why are people not concerned that in any given year, about 75% of drug related deaths are for prescription medications vs. street drugs?

Shouldn’t we be more concerned about the fact that farm pesticides have shown up in urine samples across the majority of people tested in Europe?

Should we accept the fact that GMO’s are completely harmless?

Should we not question why fluoride (which is classified as a drug) is added to our municipal water systems?

Question more, analyze your findings, and justify your position!  Don’t just bow down to authority.