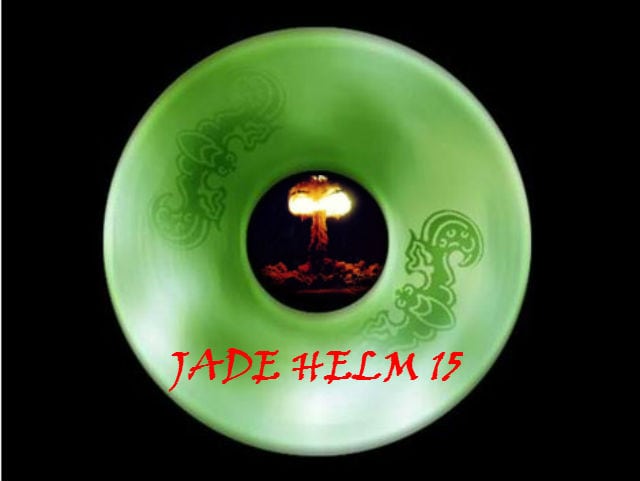 As a blogger who keeps up to date on current events, I’ve been overwhelmed at the number of articles on Jade Helm 15.  Being that the internet was flooded with content, I decided to exempt myself from the discussion as there was way too much swirl.  However, as one of my readers contacted me asking my opinion on it, I figured I might as well elaborate with my opinion on what all these other bloggers and news agencies are saying.

First off, I should never assume that articles which I believe are “prepper-popular” are disseminated across the entire prepper community.  In fact, even after the JH15 news had been out for over a week, local preppers that I talked to hadn’t even heard about the military drill.  If you are one of them, you can read the declassified JH15 training document HERE and watch a video of some of the potentially related military operations that are being conducted on US streets HERE.

With that out of the way, here’s the three major talking points about JH15 in the blogosphere:

1.  This is training to enforce martial law on American streets, bring people to internment camps, and confiscate of our guns.

2.  This is a drill in preparation for a foreign invasion on American soil.

3.  You’re all conspiracy theorists and this is just routine training.

And my thoughts are…

Point #1 – While martial law, internment and gun confiscation are all possibilities as I discuss in point #2, I do not think the agenda of this exercise is intended for that purpose.  The main rationale for that thought is because this exercise is for special forces personnel.  Martial law would most likely be initially carried out by the National Guard and local police departments with general military following behind.  Rather, special forces are meant for precise and strategic operations.  This training would line up more with extraction of very important personnel in a SHTF city collapse, neutralizing well-armed dissident threats, or other similar strategic missions.

Point #2 – Dave Hodges has an article on this theory and covers the UN Arms Treaty, UN equipment within America and more!  You can read his summary here.  Most interestingly, whether I read it from Dave or another blogger, is the name of the operation “Jade Helm 15”.  Names are always chosen carefully, and this one might be insightful.  Jade is typically associated with China.  Helm symbolizes a turning point or control.  15 could signal the year (2015) of the operation, or even of the event they are planning for

This spring, China announced the Asian Infrastructure Bank to rival America’s International Monetary Fund (IMF).  Against American demands, several of our allies had joined the Asian Bank which is resulting in a continued de-dollarized world.  It’s also no secret that China has been buying massive amounts of gold as discussed in this article “China buys more gold than the world produces”.

When world war starts, or even prior to it, we can expect the financial system to completely break down.  Could this drill be due to China’s rise in influence?  This is very much a possibility.

Point #3 – You’ll see a multitude of comments from supposed military members saying that this is all routine.  The snapshot below from a Washington Post article discrediting JH15 as routine training is just one of them:

However, take a look at this military drill that was displayed in broad public view (Tampa, FL) which was in tandem with a military conference that was occurring.  You’ll notice an interview of one of the Special Forces members says:

This was different.  This was a first one for me.  Usually no one sees what we do.

Is this all routine?  Hardly…talking with some senior citizens around town, they’ve never witnessed this scale of military operations in public places.  Personally, I think this is because training accidents sometimes occur and it would be a public nightmare if a chopper crashed into a sky scraper….that would pretty much be the end of all public military drills as we know it.  In order for them to be taking these kinds of risks, they must know that it’s absolutely needed to respond to threats that WILL OCCUR on American soil.

There are also several comments from military members that the military is honorable and they will never confiscate American’s guns or put them in internment camps…. Oh Really?

First of all, we have a history of interning American citizens.  We do not need to look any further than the Japanese Internment during WWII as an example.

Second, Obama has purged almost 200 high ranking military officials as documented in this article.  Could it be that those who honor the constitution were purged?

Third, what about gun confiscation?  There are many testimonials during Hurricane Katrina that the national guard did in fact have orders to confiscate citizen’s firearms.

Fourth, what about abusing citizens rights or even murder.  Think about it this way – Police officers and military personnel both take oaths to uphold justice, laws, constitution, etc.  If a police officer disobey’s his commanders because he thinks the order is unlawful, he is either reprimanded or  fired from his position.  If a military officer disobeys his commands, it could lead to imprisonment.  Obviously, a military member disobeying orders comes with much more penalty than that of a police officer’s decision to disobey.  With America’s police steadily becoming a full blown police state, do we really think the military will be so much different? Especially considering the harsher penalties?

Don’t get me wrong, I think there are a lot of police officers and military members who will not go along with the charade.  However, to think that the military as a whole will turn against their own government is a farse.  If anything, we will see it fraction apart.

What does it matter anyways?

Will we ever know the true meaning of JH15?  Most likely, we will not.  However, does it really matter?  Why look at any one particular event when the trend is clear!?

– Military operations have been occurring in cities across America frightening residents even before JH15 had been announced.

– Civil wars are breaking out all across the world.

– Tensions in America are high with black against white, police vs. citizen, rich vs poor, etc.

– Tensions between NATO and Russia, China & Japan, US and the Middle East, US and Latin America and more are increasingly growing to war-like potential.

– The government has been stripping our rights away at an ever increasing pace.  Events like Sandy Hook show the extreme false flag eagerness to try and take away our guns.

Moral of the story…Don’t get “jaded” in the theatrics.  Just keep preparing.  The only thing I’m anticipating when JH15 launches is some crazy military footage uploaded to the internet that will make me want to prepare even more (and faster).