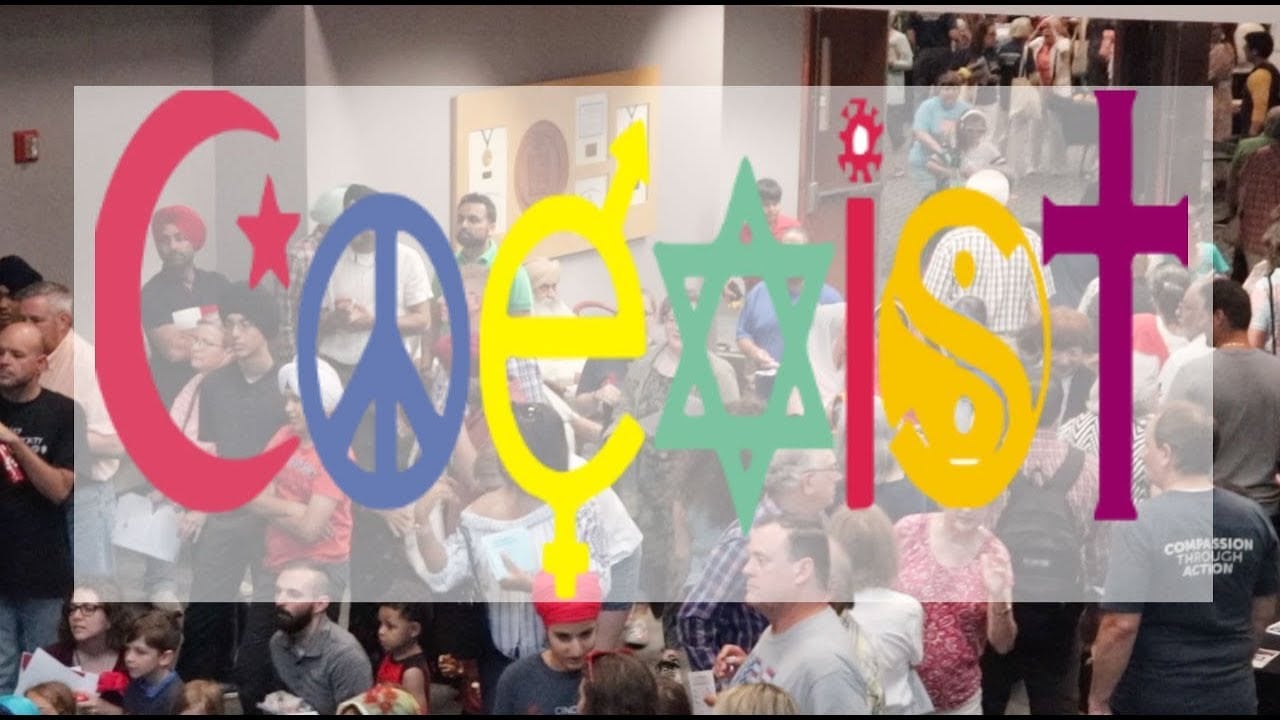 RAW: Inside Look at One World Religion Festival

The One World Religion as prophecy dictated thousands of years ago is coming true right before your eyes.  It’s no longer something that you only see on the internet or TV.  It is literally occurring in your churches, your neighborhoods and cities.  Hundreds of Christian truthers have been warning about the one world religion and the end times, and we are finally seeing it materialize on the local level.

A couple of weeks ago, I got notice that a “Festival of Faiths” was occurring in Cincinnati, Ohio.  Based on the facebook pages and billboards that were promoting it, it seemed ripe for prophecy.  The event was sponsored by the collaboration of at least 20 world faiths, including the core three of Islam, Christianity and Judaism.  Although I had seen these events in other cities, I had no idea it would show up at my doorstep so soon!

Is it really the One World Religion?

I headed down to the event with my camera and some subscribers.  We absolutely knew that there would be a promotion of a one world religion.   However, we had no idea how bad it would be until we actually walked around the event.  As you’ll see in the video, there were tons of signs which stated Jesus, Muhammed and all the other prophets are from the same God.  There were several booths specifically targeting children to wear Hijabs and turbins.  Even a life size cardboard cut out of Pope Francis, the false prophet of the end times, was there.

I simply cannot put into words how shocking this event was.  And make no mistake, these things are coming to a town near you.  The end times is right around the corner and all you need to do is open your eyes.  Watch the video and you’ll get concrete evidence of how close we are to the end times.