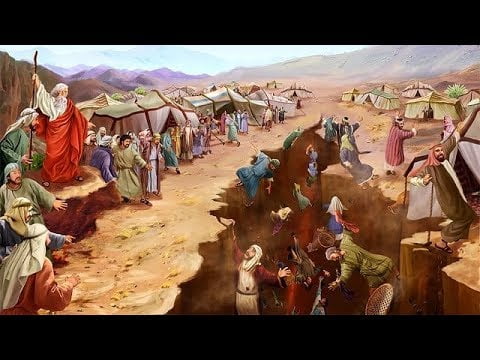 Across the news, we have heard of massive sinkholes opening up in the earth.  Some have been dubbed “The Gate to Hell”, like this 50 meter deep sinkhole that open in Russia.  Did you know, that this term actually has a historic biblical truth concerning prophecy?

The Old Testament is Coming Back

In Revelation 11, we are told that two witnesses would be on the earth.  When we look at many of the things that they are involved with, you start to think the two witnesses are Moses and Elijah coming back.  The two witnesses can turn water to blood, cause plagues and even shut the heavens up from raining.  While some believe this to be true, I do not believe that it will be Moses and Elijah somehow being reincarnated  (totally unbiblical).   While we will not discuss who the two witnesses are in this article,  I did want to stress this point.  Old Testament events, like water into blood will be coming back.

In Numbers 16, we get an understanding of what happened in the wilderness when Moses led the Israelites out of Egypt.  The people became stubborn and angry that Moses had promised a land of milk and honey and did not deliver.  In their grumblings, they launched a rebellion against him.  Moses came to God for counsel and the Lord said to remove the righteous from among the rebellious ones.  As soon as he did that, the bible says a crack opened up in the ground, swallowed the rebellious, and then closed.

When I first read this, I pictured just that: that a giant crack opened up, swallowed them and closed.  However, reading more into the passage, I believe that this was a giant sinkhole event! 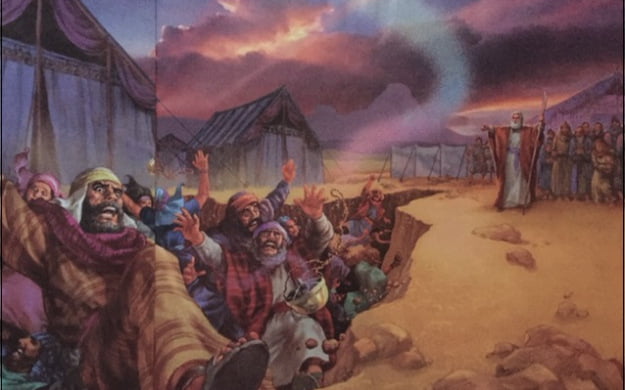 So, what does this mean for all of us here and now?  We are certainly witnesses lots of strange events: major earthquakes, sinkholes, hurricanes, fires, etc.  All of these things seem to be events that happened in days of old.  It seems to speak very much to Ecclesiastes 1:9

Join me in the following videos as I discuss more of this recent phenomenon and how it’s impacting us today: