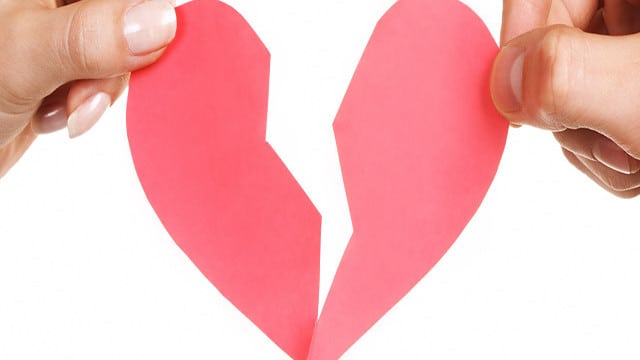 Why Are Prepper Groups Prone to Falling Apart?

It has been almost a year and a half since I started leading The Cincinnati Survival / Preparedness Group.  The group has about 300 members, of which around 200 rotate in and out of class meetings of approximately 50 people.  However, it was never always this active.  Before I stepped in to lead the group, it was dormant for months without any activity from the organizer.  Many had tried to contact him in order to get the group re-started, but his email account was dead.  It seemed to me at the time that the group was headed to the grave as well.

With this grim outlook, I decided to try to find other preparedness communities in the area.  Day after day, scouring the internet, I could not find a single local group that hadn’t already shut down or was inactive.  How could this be so?  I live in a conservative area in The Heartland of Ohio.  I’m surrounded by other conservative areas like KY and the Southern IN countryside.  Additionally, the steady stream of current events had to dictate that more people were becoming aware and prepared.    Surely there had to be some group that I could liaise with!  Unfortunately, my days of searching were fruitless, and I found myself as the “lone wolf” prepper.

It was by luck and a little leadership that I was able to find the previous organizer’s email on Linked In, and was able to get website control and start it back up.

While I consider the past two years a great success, what about the rest of the country?  Are preppers having as difficult of a time as I did trying to find like-minded people?

From what my readers tell me from all across the country, the answer is a dismal “yes”.  But why are preparedness groups so prone to fail when the world around us is falling apart at an expedient rate?  Something systemic has to be occurring if so many people are complaining about it.  While I may not have all the answers, we can at least explore them since I’ve seen what it takes to be in a successful group.

– Complacency: Some folks that come in to the group have just brushed the surface in truth seeking the world around them.  I do not think they have dug deep enough to see the real and immediate dangers that we face.  Therefore, they are the complacent and end up not preparing the way they need to.

– Apathy:  Some of my members are super eager to get started in our group.  They are fully aware of the world around them, but fear that there is too little time.  With this group of people, I think their fear turns into apathy.  “How can we possibly prepare for something so earth shattering?!”  If this is you, read my article Defeat Prepper Apathy.

– Failure to let go / Denial:  While it’s not completely identical to apathy, I see many preppers who still want to grasp on to the blue pill.  “I cannot prep more because of”….my day job, my family commitments, materialism, sports, school, etc.  Although the world’s on fire, life around me still seems pretty normal.

– Laziness: Similar to denial, laziness gets the better of some because the world keeps spinning.  While other members of the group are putting in honest hard working preparations, others do not.  This is usually a contention point, tensions arise, and the group splits.

– Extremism:   There are quite a few militia prepper groups out there.  There are some that are very balanced, and others that have extreme tendencies.  I have heard of some preparedness groups whose plan it is to take supplies by force if SHTF.  When these folks find their ways into groups, the alpha male tendencies arise and groups tend to split.

– Power Struggle / Control:  Too many chiefs and not enough Indians.  Let’s face it, there are substantially more men involved in the preparedness movement than women.  There are obvious alpha male tendencies within groups of men whereas women tend to be more social/collaborative.  That’s somewhat of a generalized statement, but I have seen several times where men butt heads about how a group is being led.  This ultimately leads to a big power struggle and disbandment of the group.

– Trust: Unless you can band together with close friends and family, inviting acquaintances into your group can be very difficult.  This is especially pertinent when you talk about ownership of land and allowing people to know where you live.

– Lack of Leadership: What does it take to lead a preparedness group?  What does it take to simply be a leader?  I find that many preppers are entirely focused on survival skills and hard assets, but neglect leadership, organization, and improving their people skills.  Let’s be clear, preppers tend to be somewhat isolationists.  This may stem from the fact that prepper thoughts are taboo in our world, and opening up to others is not so easy.  However, if you want a successful group, you need to establish a team of leaders that are organized, have the end in mind, and look for “win-win’s” for everyone.  I have quite a few articles on leadership, and you can start here.

Groups split because of individual human psychology and human-to-human interactions.  With stress levels high in a SHTF scenario, do you think your group can handle it and stick together?  If you and your spouse are already having issues, will they be exacerbated when SHTF?  This is the very reason why I think preppers need to start thinking equally about “HR” skills in their groups.  Every group needs to have a strong leader that is a “people person”, can be calm and resolve tensions, and be the glue that keeps it together.  Every group also needs to have members that value others and look at interdependence within the group rather than Independence (selfishness).  For more reading on how you can obtain these skills, refer to my article Are You an Effective & Organized Prepper?