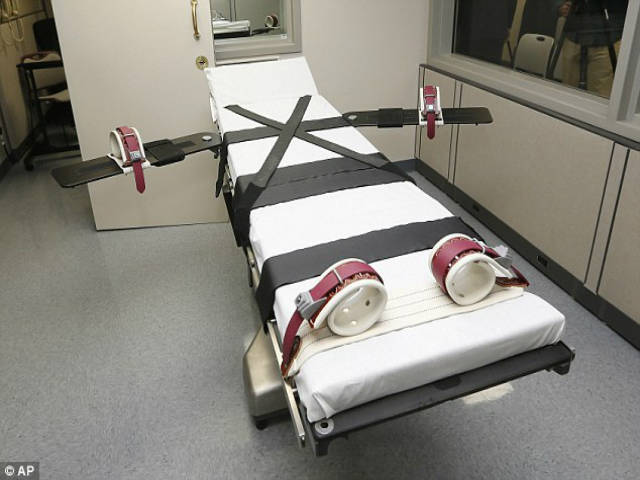 There’s been a stunning trend of cases this year which point to the fact that your body is no longer your own.  Say goodbye to getting second opinions or customizing your treatment.  If a doctor feels that his expertise is right and you are wrongfully putting yourself or your child in danger, treatment will be forced against you.

The most stunning story is that of a 17 year old girl who went against her doctor’s advice of getting chemotherapy.  Herself and her parents were in full alignment to pursue a natural route.  However, the doctor felt otherwise and contacted The State.  Next thing the family knows, their daughter is taken by state police and child protective services and forced to do chemotherapy:

“A week into her stay, she said, she was strapped to a bed by her wrists and ankles and sedated. When she awoke, she found a port surgically placed in her chest.”

Surely, one would think that when the case went to the Connecticut Supreme Court, they would rule in the teen’s favor.  In a stunning upset, the court said the teen was not mature enough to reach that decision herself and upheld the state’s forced treatment.

– New York Public Schools ruled that any child attending public school must have mandatory vaccinations.  Being able to exempt  yourself from vaccinations based on personal, philosophical or religious reasons is prohibited.

– Nurses all across the country are being threatened with employment termination if they refuse the Flu Vaccine.

– Several states have had mandatory blood draw DUI checkpoints.  If you refused the blood draw, you were taken into custody, strapped into a chair, and had your blood forcibly removed via an approved warrant. 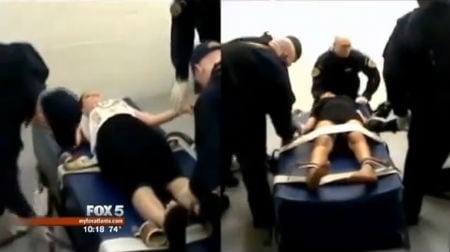 – Remember the days of old where psychiatric hospitals would forcibly electroshock patients they deemed “mentally ill”?  Those times are over right?  Wrong…actually, states like Minnesota still have cases where they deemed individuals unfit to have the maturity to make the right medical decisions and forced them in to electroconvulsive therapy.

– Some people in New York who checked themselves into psychiatrists or psychologists almost immediately had their information transferred to The State which then deemed them mentally unfit to have their firearms.  Their firearms were subsequently confiscated for trivial diagnosis like mild depression.

How Far Can They Go?

An incredible system of medical information control is being established within America.  This will ultimately lead to physical control of YOU:

Will we wind up like China where The State can determine how many children you are allowed to have (if at all)?

Will every doctor be rolled up into a State Gestapo where saying the wrong word can land you in a mental institution?

If your child gets hurt and you rush them to the emergency room, will child protective services claim you are an unfit parent and take your child?

You are in the military now..

Those of you reading this article right now may have never had any confrontations with law enforcement or your doctor regarding these matters.  Therefore, sitting from the comforts of your computer, you may casually move on to the next article and this will be yesterday’s news.   You may think that it will never happen to you…

Make no mistake, this trend is spreading.  I would have never thought that this could happen to me.  However, I do have a personal story about doctor’s invading our personal privacy when they started drilling us with firearm ownership questions.  Do not be complacent about the world evolving around you.  One day, you’ll end up in the grind.