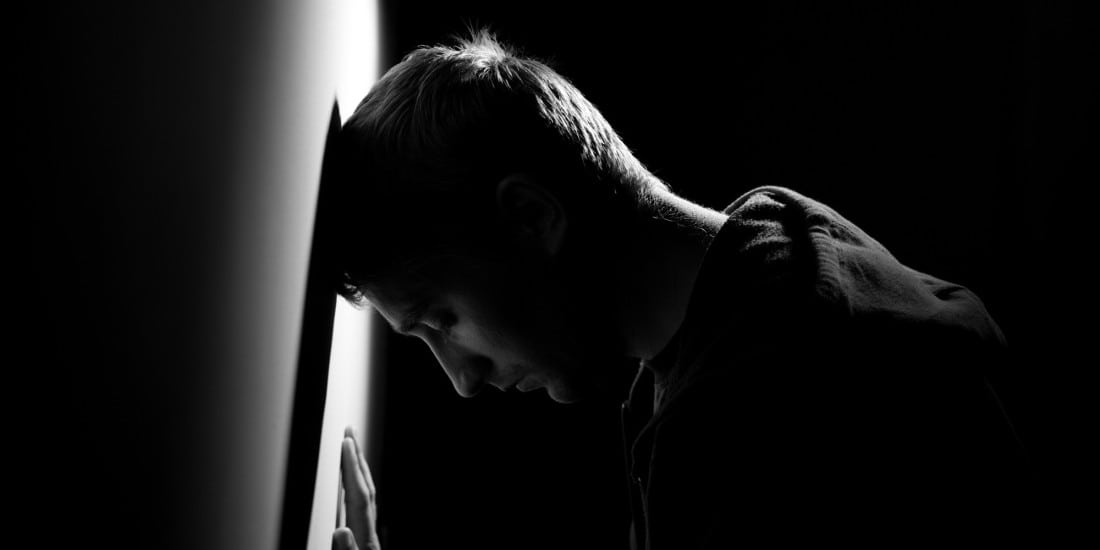 Apathy – A lack of feeling, emotion, interest, or concern. Apathy is a state of indifference, or the suppression of emotions such as concern, excitement, motivation, and/or passion. An apathetic individual has an absence of interest in or concern about emotional, social, spiritual, philosophical and/or physical life and the world.

Prepper Apathy – Where one comes to the awareness that they live in a “Prison Planet”.  That the forces that surround them are so grand, that there is little hope that they can prevent future events from harming themselves or their family for the long term.  The result – you stop prepping. 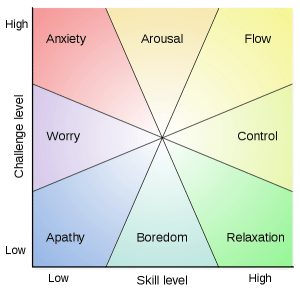 Who has prepper apathy?  Well, it affects all of us at some time, but there’s some specific groups of people I think it affects the most:

The Elder Generation – There are many elders that I’ve come across that are aware of the current events of our time.  They are also aware of the need to prepare.  However, a common response is “I’m a senior citizen.  I wouldn’t last 1 minute if I was in a WROL (Without Rule of Law) or SHTF scenario.  I just hope I get taken out fast in the first wave.”  (True story).

– My Response: Yes, if you are alone, you will get taken out almost immediately.  But do I think you should stop prepping?  Absolutely not!!  Knowing that your high risk area is your physical ability, I would say your primary concern is to link up with a community of able bodied individuals.  You can contribute years worth of wisdom and be collaborative with the group.  An able and educated mind is a powerful tool.

The Poor -The poor may feel overwhelmed at prepping because they don’t have the monetary means to secure hard assets.  However, as I’ve stated in my article The Poor Man Prepper, the poor man “can be” in a very powerful situation.

– My Response: The poor man is already living a survival situation.  His current experiences can be leveraged almost seamlessly if a true SHTF scenario were to come about.  Again, you still need hard assets.  And, just as with the elder generation, you should seek community and leverage your personal experience in helping others prepare (hopefully for a return in barter for goods).

The Young –  And yes, this includes college students.  I suppose you could also bucket these folks in with the poor :).  Some younger folks that I’ve talked to are aware of the situation, but are too preoccupied with success.  Success meaning getting good grades, finding a job, competing with peers, etc.

– My Response: The elder generation has wisdom.  The poor has practical survival experience.  The young have able bodies and competitive attitudes.  I think the younger generation first needs to wake up and not fit into the “sheeple” category.  In any survival community, you need able bodied individuals for hard labor, security and other protection.

The Religious – There are people out there that think faith in God is the only thing that they need to save themselves.  Some even go to the extreme that they will be saved in a pre-tribulation rapture.

– My Response: Being a good Christian (or other devote religion) will save your soul, but no one ever guaranteed that your body would be saved.  In the bible, there are countless stories of people preparing after visions in their dreams.  If you haven’t read my article – There will be no pre-tribulation rapture, it will help explain.

And the rest of us…

I will admit this myself…When I go downstairs into my store room and see all the preparations that I’ve acquired, I sometimes think that it’s ludicrous.  I’ve been doing this ever since 2007, and I still have periods of doubt.  However, all it takes is the next big story in the news to bring it all back into perspective – that this tide won’t change and the trend is clear.  With survivalists being lone wolf in nature, we need to constantly encourage one another that we are doing the right thing for ourselves and our families.  Anyone faced with challenges needs the support of others, and facing a SHTF/WROL situation is no different.  Even if you are not forming a preparedness community with other individuals, you should seek out other preppers for social networking.  Hearing what’s on the thoughts of others only encourages your own actions.

So, are you the person who will strive on? Or will you want to be plugged back into the Matrix and eat your steak while it lasts. 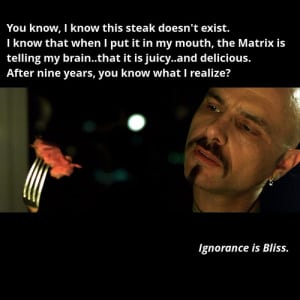