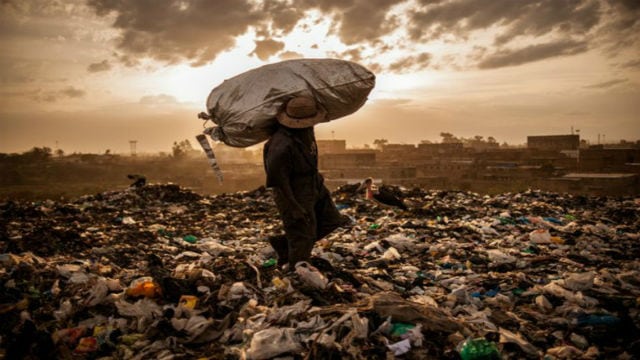 SHTF: When The Scavengers Come Out to Play

We do not need to look far to see how our wilderness landscape will change if a SHTF scenario occurred.  America’s own history, as well as current events occurring across the world give us a very realistic picture of what to expect.

“If a SHTF scenario happened, I’d be able to harvest nature…”

I’ve heard that phrase from more than a couple folks.  And I’m not just talking about hunting deer.  I’m talking about a perception that nature will provide meat, plants, fuel (wood), and water.  As history shows, there may not always be much to harvest after all…

Everyone should recognize how bad it is over in Greece – it is indeed a full on Depression.  They have about 30% unemployment, no means of acquiring substantial GDP, and no hope of recovering even after repeated bailout failures.  What happened when it got cold?  The Greeks headed into the wilderness and started chopping down the forests.  The deforestation had become so bad that the legislature had to pass a law to prohibit cutting down trees.

Think that wood will be plentiful for your stove/fireplace?  Maybe not… 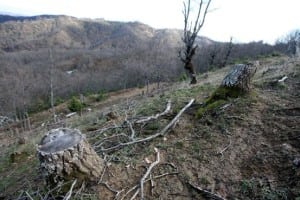 Registered hunters in the United States are estimated at anywhere between 23-44 million people within a given year.  If SHTF, we can imagine that at minimum there will be that many people out looking to acquire food.  However, let’s expand that number by looking at the fact that there are an estimated 270-310 million firearms in the United States – that’s close to one firearm for every person living in the US.

Of course, some people own multiple guns…Based on a PEW survey, we can expect about 25% of the population to own firearms.  With about 316 million people living in the US, that means 79 million people may have the bright idea of heading into the wilderness in search of food.

“Wildlife populations across the country plummeted to the point where simply seeing a whitetail was notable since there was less than a half million of them nationwide.  Wild turkeys were on the brink of extinction and only 100,000 elk remained.”

Wildlife conservation sites say that the numbers dropped dramatically due to whole sale slaughter of wildlife for commercialization due to the roaring 20’s.  However, being that the great depression started in 1929 and lasted until the late 1930’s, is it coincidence that President Franklin D. Roosevelt signed the Federal Aid in Wildlife Restoration Act in 1937?  Seems very probable that wild life numbers dropped dramatically due to starving people hunting for food.

Additionally, with the wildlife deforestation that would occur as mentioned above, much of the wild life will perish due to displacement, disease, etc. as their homes are destroyed.

So, you’re telling me we are SOL (shit outta’ luck)

Of course not!  When thinking about preparedness, always make sure you diversify your preparations.

– Diversify your hunting supplies:  Snares and conibear body traps are a force multiplier in getting food. While you’re out hunting, they act as little mini-hunters for you.

– Make sure you don’t rely on hunting as your sole food source.  You should be storing/preserving food.

– Because of the majority of people’s lack of education on wild edibles, these may still be in large supply during a SHTF scenario.  Educate yourself now!  Here’s a good wild edible 101 article I’ve written to get started.

– Have multiple heat sources for winter climate.  Wood stove, kerosene heaters, and propane heaters are all good options.  Check out my article 2015 Polar vortex preparedness for additional info.  Also, be prepared for a coming cold crisis that will last up to 30 years.  If you haven’t watched my interview with top climate scientist John L. Casey, please educate yourself and see his predictions about a dramatic change in the earth’s climate as based on solar/sun cycles.

– Depending on your area (e.g. – California drought), ensure you know where water sources are, how to purify/treat them, and means to store water.

How have you planned to prepare for The Scavengers?

Perceived Worth in a Crash – Dollars, Silver or Gold?
When the Google Well Runs Dry