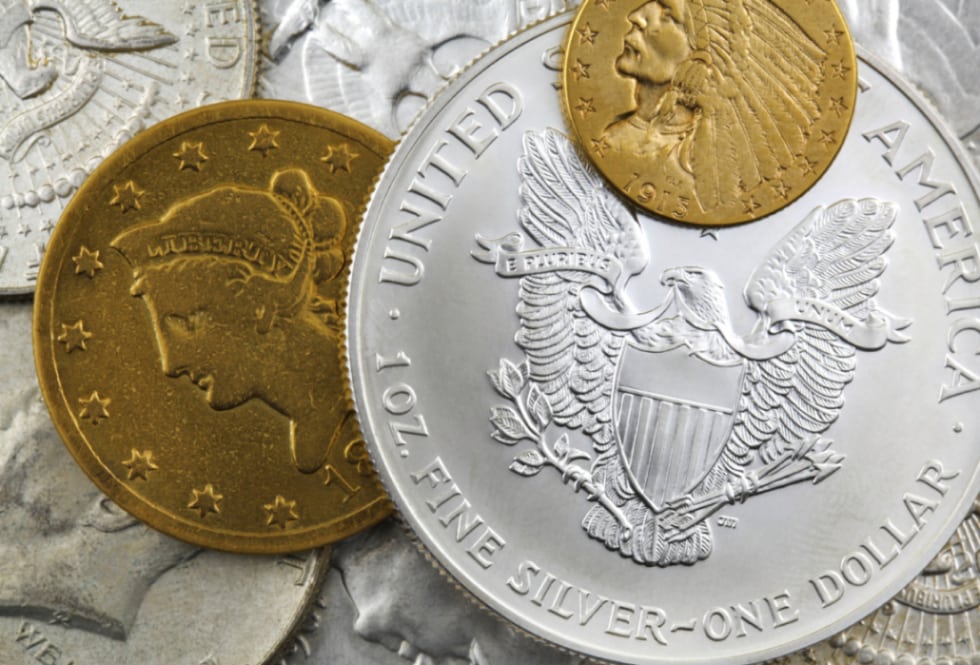 Perceived Worth in a Crash – Dollars, Silver or Gold?

When our monetary system collapses, what will the mass of people default to for “money”?  Some people say that it will default to cash; some say cryptocurrency (bitcoin); some say silver and gold; and some say that all hell is going to break loose and your best bet is to barter (if it’s even safe to).

Which one is right?  Perhaps it will be a blend of each.  Like any wise investment professional says, never have all your eggs in one basket.  You need to diversify that with which “may” be considered “good money”.

Take a gander at the following interview with Warren Pollock – a top wall street investor and CEO.  I’ve snipped the interview down to a 3 minute segment:

I agree with “most” of Warren’s comments, but allow me to elaborate….

The move away from Federal paper notes to digital/plastic cards has already taken place.  Oh what IRONY that in the first stages of a crash, we move back from fiat digital notes to fiat paper notes (sometimes you just have to laugh).  But it’s absolutely true!  The large majority of American’s are no longer carrying cash, or have very little of it on hand.  It is so much of a trend, that the DHS See Something Say Something program labels people that have large amounts of cash or pay frequently in cash as suspect terrorists.

Regardless, cash WILL have perceived value in the first part of a crash and therefore you NEED to have some on hand in a safe.  How much is up to you, but anywhere between a 1-3 month supply is respectable.

Need further proof?  This is an incredibly enlightening video by Mark Dice.  He tries to sell people a gold coin at face value ($50) even though it’s metal value is above $1,000.  He even offers to walk into a nearby Gold Bullion shop so that they can authenticate it.  Not one single person agrees to accept the coin.  Again…cash will be king at first.

Second Event: Transition away from Fiat Currencies and into Hard Assets

At some point after the crash, the powers that be will try to instate some new type of currency – that we can definitely anticipate.  Some believe it will be the IMF SDR which is a basket of currencies, others believe it will be The Amero which is a currency shared between Mexico, US and Canada, and the optimists say it will be a gold/silver backed paper  or digital currency.  Whether they have successful adoption by the masses is the real question.

Regardless of their success, people will learn the gig is up and Gresham’s Law will take effect – This law states that when worthless money is introduced into the system, it pushes out the good money (e.g. – people horde the good money like silver and gold).

When cash is abandoned, my belief is that there will be a blend of barter and money.  Money will take the form of gold or silver, or a paper/digital system backed by gold/silver. Why?

– A barter-only system will not happen.  Barter is extremely inefficient and since the beginning of “civilized” humanity, money has always been brought in to facilitate trade.

– Not all metals are created equal:

I agree with Warren that gold will be more easily accepted compared to silver because of it’s publicity and perceived worth.  Within the gold arena, I think branded American Eagles or other bullion coins will be much more accepted compared to jewelry or other junk gold.  This is due to their purity, brand uniqueness and difficultly in counterfeiting.

When silver make’s its play, I think it will follow a progression very similar to gold.   When I purchase silver, I ensure that I have stock of American Silver Eagles or other government minted bullion.  Why?  Again, it all boils down to “perceived worth”.  Bullion has a certain uniqueness to it.  People’s first impression of bullion is usually positive because of it’s design, purity, weight, and overall appearance.  Many people have not even seen an American Eagle in person, so there is a certain rarity when they hold it.

What about junk silver?  Some preppers recommend getting pre-1965 American coins because of their 90% silver content.  They stress that you need small denominations of silver because you may not want to spend your entire silver eagle or bar.  I agree with it in principle, but I disagree with owning junk silver because of perceived value.   While bullion is pure, has a government brand, and is unique/rare,  I believe people would be more willing to accept it than spend time listening to your defend that pre-1965 quarters are 90% silver.  Perhaps junk silver will have its place, but again it will take much more time for the perceived value of those quarters  to disseminate among the public.

Looking forward to how you are investing and what types of metals you hold!  And although I didn’t cover bitcoin, interested in your perspectives as well.

Opposites Attract – The Dollar Crash
SHTF: When The Scavengers Come Out to Play