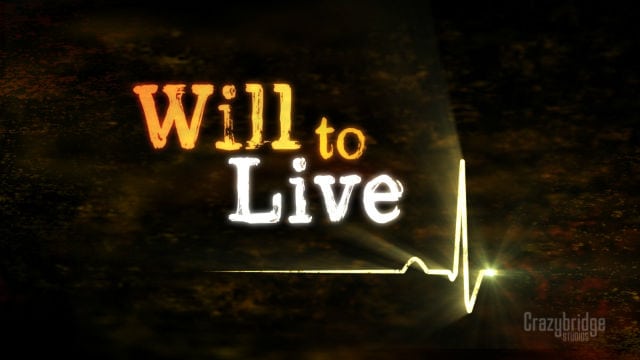 Losing the Will To Survive at the Hands of ISIS

In the past year, I’ve watched at least 8 raw & uncensored videos of the Islamic State (ISIS) murdering innocent men, women & children.   Some were executions of an individual, but many were mass murders of 20+ people.  In every single video, I was perplexed at why none of the captives tried to fight or flee (flight).  Instead, every single individual resorted to the last human reaction when confronted with stress/danger – freeze.  The individuals let their oppressors beat, abuse and murder them without struggle as they shamefully gazed downward to the ground.

Observing these incidents from a third person view, you would think that anyone with a rationale mind would choose a fate other than being caught on fire, getting beheaded with a small dull knife or being shot to death.   What is wrong with these people to so easily lose their will to live and subject themselves to such gruesome fates?  The answer lies in a very dark place of which the majority of us will never be able to understand.

What is the will to live?

The will to live is a psychological force to fight for survival.  It is seen as an important and active process of either conscious (reason/rationale) and/or unconscious (instinctual)  decision making.

So, is the fight/flight/freeze response conscious, unconscious or both; and why does the answer to that question matter?

It matters A LOT!  If we say the human stress response is purely unconscious and instinctual, it means you are programmed via your biological identity to respond a certain way under stress.  It would basically mean that you are powerless and cannot condition your mind to achieve the appropriate response.  Instead, you are subject to some unknown and subconscious psyche.  Some psychologists argue that the stress response is indeed purely unconscious.  Using military personnel as an example, they state that no matter how much training you provide the soldier in boot camp, some completely shut down and freeze on the battlefield.

However, other psychologists say that human reason can indeed play a factor in the stress response.  Using the same military example, they state that the number of soldiers “freezing” on the battlefield would be far greater if it were not for the conditioning that they receive in training.

While the debate may never be solved between the psychologists, we must at least hope that human reason can be a factor in addition to the unconscious.  If reason is a factor, it means that we can train our minds to react a certain way if we ever end up in a life or death situation.  That being said, let’s start to understand our minds:

Factors affecting the will to survive

There are four main factors that influence the will to survive. Supernatural, Existential, Physical & Psychological:

Supernatural is in relation to belief in God or other worlds.  A person’s faith can have a large bearing on the will to survive.

Existential includes hope, hopelessness, the desire for death, sense of dignity, and burden to others

The end of the road…

So, let’s say that we look at those factors and condition our minds against them.  We make good with our God and promise to strive forward in this life; we use positive conditioning and good habits to not let hopelessness sink in; we put ourselves through stressful environmental training to strengthen our minds;  we fight against the American culture of cowardliness as I explain in my article Grooming a Culture of Cowards.  Say we do all that conditioning and when the opportunity presents itself, you enact on the stressful event and do not get the intended response?  You fight and you get beaten down.  You flee and you get caught and beaten down.  This, in my opinion is the most dangerous place with giving up the will to survive.

This psychology consultation website (ReleasingThePast) explains what is happening in your mind in this scenario:

People can get “frozen” in an incomplete biological response to an unavoidable threat. That is PTSD.

But there is a difference between such responses in modern humans and animals. Even though animals in the wild routinely experience life-threatening situations, after the danger has passed, they quickly return to normal, whereas humans sometimes are stuck with trauma or Post Traumatic Stress Disorder (PTSD). In other words, they are stuck in some combination of the nervous system’s fight, flight or freeze response.

It is like having both the accelerator pedal and the brake pedal pressed to the floor at the same time. The person may think they got over the experience, but if they were unable to avoid the danger and didn’t have support to shake off the strong charge of sensations and emotions afterward, that vast amount of survival energy can become stuck in their nervous systems. Weeks, months, or years later, often without even a conscious connection to the traumatic experience, many different kinds of symptoms may appear.

Such symptoms are normal for a person with an over-stressed nervous system. They have lost resiliency, the natural ability to flow easily between the many moods and energy states necessary to live a full and rich life..”

This, my friends is the most frightening state and it is survival in its true sense.  This most likely IS the unconscious response that you have no control over.  What if after all your conditioning, you fail, fail and fail again.  Do you truly have the mental strength to carry on or do you give up in complete exhaustion?  Let us hope that you never have to reach that point.

Build Your Own Bug Out Bag (Categories & Ideas)
Why Vaccine Choice Matters!