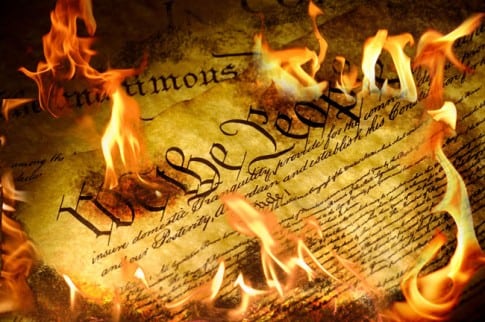 For those of you who are followers of On Point Preparedness, you might have recognized that I haven’t written articles or updated the daily news as of the last couple of days.  The reason is that my wife just brought into the world a new baby boy this week and I’m a busy dad of two!!  Speaking of new babies, I thought this article would be the most appropriate way to start writing again.

I am getting quite peeved about all the tyrannical Facebookers and other social medialytes claiming that parents should have no choice on whether to vaccinate their children.  I am also outraged that the list of pediatricians who do not accept un-vaccinated kids is growing due to all the Disneyland measles hysteria.  If you have any respect for freedom, you’ll have to agree with this opinion piece…

First of all, this post will not be about potential vaccine side effects (autism, auto-immune disorders, etc), how big pharma VPs and board members sit on the CDC advisory board for profit, how special vaccine courts were created with “special” appointed judges where vaccine injury claims have no representation, or why the VAERS system was designed so that big pharma would not get bankrupted by all the vaccine injury claims.

This post will be about the basic and fundamental right of people to have a choice in what they put in their bodies and their childrens’ bodies.

Let’s start off with the vast majority of people saying that it’s a public safety risk for children and adults to be un-vaccinated.  The argument says that The States and the Federal Government have the right to regulate (force) vaccines on individuals as it ensures the safe interaction with others in public places.  I assume you can make an analogy with this and Obamacare: the Obama administration said they had the right to force the purchase of healthcare on everyone because the Constitution allows the government to regulate commerce.  Being that everyone needs healthcare at some point in their lives, that inevitability allows them control over the system.  The vaccine argument is no different.  Everyone will interact with others in public places, so we must regulate the drugs that go into them.

While this may not sound so bad for all the pro-vaxxers out there, let me make an analogous comparison.  Suppose I say that anyone who has had any history of mental illness (mild to severe depression, veterans with PTSD, etc.) must have forced anti-depressant therapy before they can interact in public places.  Like the theory that un-vaccinated persons are a threat to public health, I can say that mentally ill (a very broad term) persons are a threat and I demand them to be regulated.  Further, we also want to take away the guns from all those PTSD veterans and mentally ill folks too.  Sounding tyrannical yet?  Fact of the matter is that some of what I just said is actually true in response to some of the mass shootings we have had in America.

When you start to force one drug or class of drugs on a population, where does it stop?  Sad truth is that the general public thinks that it will be isolated to all those “bad people” besides themselves.

Second Argument: It’s a choice, not something you’re born with

When a pediatrician says I can no longer bring my child to them based on his/her vaccine history, is that similar to discrimination?  Some will say “no” because anti-vaxxers choose to be anti-vaccine, and the private company has the right to choose who it will serve.  They will argue that it is discrimination if you are biased against race, gender, sexual orientation, etc. only because those things are inherently how people are born as opposed to a choice.

Personally, it is absolutely disgusting that pediatricians would reject a child based on their vaccine history!  Where is the outrage in this?  There is no outrage because the anti-vaccine crowd are a minority and are being completely silenced by the major media.  What if a business rejected service to other “choice” attributes a person makes?  Should I be rejected service from a company based on the fact that I have multiple piercings and tattoos or how I dress?  What about this scenario…a man has cancer and wishes to get treatment at a top cancer hospital.  However, the doctors will not treat him because they do not agree with his lifestyle choices of excessive piercings and tattoos.  They say that he is not caring for his health as he could get disease from all the needlework performed on him.  Would you agree with that?

So, what if a parent of an un-vaccinated child is rejected pediatric care by every local pediatrician based on their vaccine history?  What if they have no options locally and cannot make ends meet to reach doctors who will see them out of town?  Like I said, this is disgusting!

Don’t give in to the tyrannical state!

We are having our Constitutional freedoms chipped away almost every day!  How did it get to be this way?  It got this way because people are turning on other people and demanding “Change”.  If you love vaccines and think they are safe and effective, I’ll make a deal with you.  You let me and my children live our lifestyle with regards to vaccines and you can pump as much of that crap into your body to keep you “safe”.  If you think cost will be an issue to keep your vaccines uber-up-to-date, Obamacare will take care of that for you!

If you have been rejected by a pediatrician due to your vaccine choices, here is a letter from an attorney to US pediatricians on why they may be breaking the law with their refusal to serve.