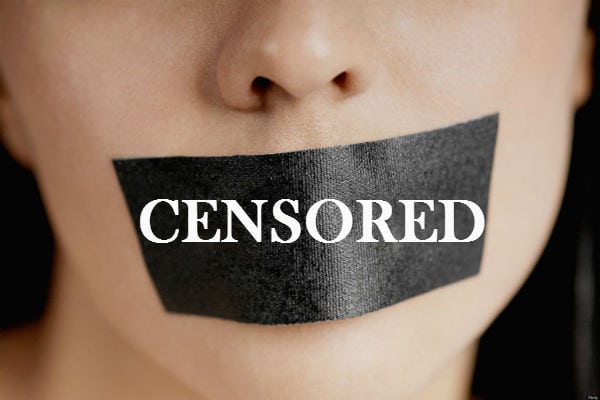 When I started this website back in June 2014, I had no idea how many people I would reach or how successful it would be.  More or less, I started the endeavor as a personal hobby to educate others on current events, self-reliance, and the bushcraft that I had learned throughout my years.   I was happy to share my learnings even if it was a small demographic within the Ohio Tri-state area.  However, in just about three months into my blogging, the unexpected happened!  Checking my Google Analytics account one afternoon, I soared into several thousand viewers as opposed to the meager 20-40 per day that I would normally get.    As I frantically tracked back through the referrals, I found out that one of my posts had gone viral across many alternative news websites.

I was bewildered at how this happened and the pace with which is happened.  I did not think anyone important was reading my blog, let alone felt compelled to spread my views to their subscribers.  Week by week, my viewers steadily grew and so did the list of websites referring to my content. The experience has been tremendous and I am truly grateful.  It is a true testament to the freedom of the internet and how powerful it is.

However, I realize that that this run will most likely come to an end as evident by the information war being waged on our internet…

In January 2015, Facebook announced that it will be (or has) developed special algorithms that will reduce the exposure of “fake news” stories.  As this does not include satire websites like the Onion, one must wonder what criteria Facebook is developing to determine the “fakeness” of a story.  Anyone with a sense of respect for liberty and freedom is crying out that this is basically censorship of news that goes against Facebook & The Obama Administrations’ agendas.  After all, it’s no secret that Mark Zuckerberg and Obama are best buds and lead collaborative “team efforts”.

While I can certainly not confirm that I am a victim of this recent algorithm, I have seen a dramatic difference in terms of the number of people my posts have been served to.  If so, what am I to do about it?  First instinct would be to boycott Facebook.  That sounds like a good idea, but the problem doesn’t end there.

As if little brother cannot be outdone by Big Brother, Google has now announced that it is changing their page ranking structure to rank pages based on facts instead of popularity.  Similar to Facebook, Google claims that too many sensational “fake” news stories are making headlines and wrongfully swaying the minds of the populous.  Again, what is “fake” news?  Does having an objection to vaccinations count as fake news?  Does criticism of the government count as fake news?

Will Twitter, Google+, and other social media platforms follow suite?  Will other search engines likewise follow suit?  Truth be told, it does not matter as these are all small fish in the pond as Net Neutrality starts to be uncovered.  As Republic FCC Member Ajit Pai says, the 332 page Net Neutrality document is nothing short of total Orwellian regulation and control of the internet.

Due to the fact that the FCC Commissioner is refusing to testify before congress on Net Neutrality, and that they won’t release the Net Neutrality rules yet, it is speculation on exactly how much regulation and control will occur.  However, with the unprecedented White House Intervention in the non-partisan FCC commission, and the secrecy with which the commissioners are exerting, one must conclude that this is nothing short of the Obamacare travesty.

Being that FCC regulates profanity and other content on the radio wave and television, can we expect to see the same in the internet if it is treated as a public utility?  Will I be fined for what I blog against?  Will my website be censored based on FCC rules?  Regardless of the mechanism of censorship, it is coming and we are running out of options.

As I stated in my article Why There Will Not Be Peaceful Revolution, I show evidence of why protesting, voting, or other peaceful means of contesting the government has been fruitless.  Control of the information highway is just another stepping stone on the road to The New World Order, and I fear that we are along for the ride until The People break.

It’s been a fun ride and I’m grateful to all my readers.  I wish I could say we are making much ado about nothing and that I’ll be blogging for years to come.  However, intuition says otherwise…..