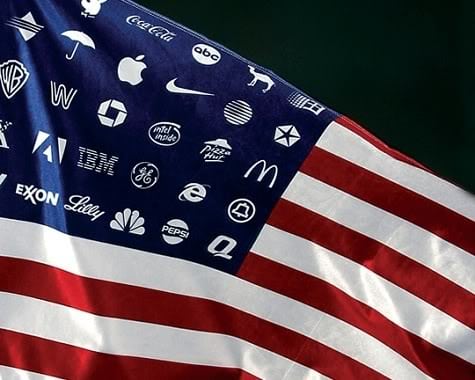 Isn’t everything BIGGER in America?  Compared to many of the other first world nations, we have bigger homes/properties, meal portions, cars, stock market, entertainment industry, consumer shopping centers, etc.  America is in fact, Super Sized and we can’t get enough of it!!  When the world’s central banks collapse due to the reckless quantitative easing programs (and generally, the flawed and inherent design of those banks), will we be able to deal with the lack of goods and services that we have been used to?  As a prepper, will your desire for BIG things conflict with the need to ration?

As the Wiki entry and graph show, consumerism has been a staple of American culture for decades. It has been ingrained in each of us that materialism can make us better, stronger and happier.  Indeed, Tyler Durden from Fight Club says it best…

“I see all this potential, and I see squandering. God damn it, an entire generation pumping gas, waiting tables; slaves with white collars. Advertising has us chasing cars and clothes, working jobs we hate so we can buy shit we don’t need.”

Bad Habits are Hard to Break

As I looked around my home and the hard assets I’ve acquired, I thought about the need to ration and how it conflicted with our consumer lifestyle.  Watching previous episodes of Doomsday preppers also showcases the same mentality amongst other preppers: people are trying to acquire as much hard assets as they can as to not impact their way of life.  However, is this the best approach?

No one knows the day or the hour of when this thing will break.  In addition (and more importantly), no one knows how long it will last! Think about a couple of these things…

Is a month, three months or year of food enough?  What if you eat your nice hearty meals all the way through your 3 months supply to find out that this collapse lasts two years?

What if you have a wood stove or kerosene heater than can heat your entire home?  Do you chug down the fuel to heat your entire home when you really only have to heat one room?  Perhaps insulting one room of the home and using a small kerosene lamp (like these mason jar conversion kits) to heat it will keep your family warm and drastically lengthen your fuel stores.

Do you drool over Youtube videos of BIG extravagant bushcraft shelters?  Do you know that they should be not much bigger than your own body if you want to retain heat in the cold?  Do you know how much energy it takes for a small shelter let alone one of those large ones?  Again, another example of going too big.

The same thinking can be applied for any resource that can be consumed or exhausted – food, water, fuel, ammunition, electricity, your own metabolic energy, etc.

Rationing may definitely work its way into your forethought if you are bugging out as you’ve already endured the shock of leaving “your castle”.  However, if you are bugging in, don’t let your home’s security give you a false sense of reality.  When this system breaks, it will be a paradigm shift in American culture.  Those that are too accustomed to lavish lifestyles will be hardest hit.  Those with the minimalist mentality will prevail.