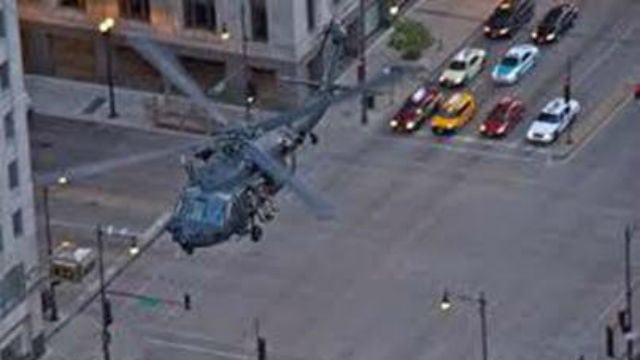 Awhile back, I posted an article entitled “Jade Helm has Patriots Jaded”.  It in, I focus on the principles of the training exercise rather than all the hypothetical conspiracies surrounding it.  For example…The principle of Jade Helm is that it’s the largest (or at least largest since WWII) training exercise on American soil.  This signifies that a big event is to occur on American soil.  Why plague yourself with wild theories of underground networks of tunnels, guillotines and other theories when the end game does  not change….that is, they are training for some kind of big event that will happen soon.

In this article I have hard evidence that the US government and Military are willing to put civilian lives on the line as “collateral damage” because they “NEED” the training to prepare for an imminent event.

Per the Detroit Free Press

Take a look at the damage that this helicopter caused.  Several hundred pounds of brick and mortar fell from 3 stories high. 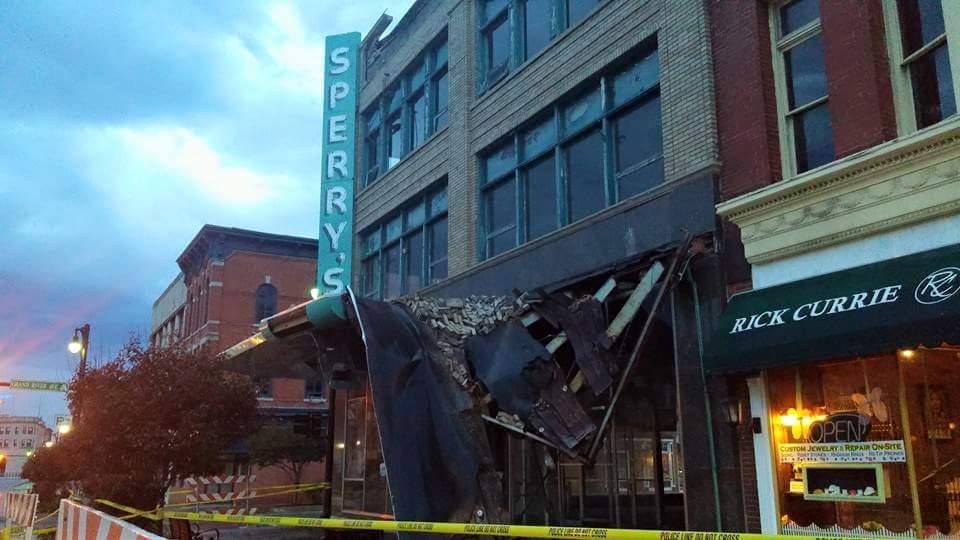 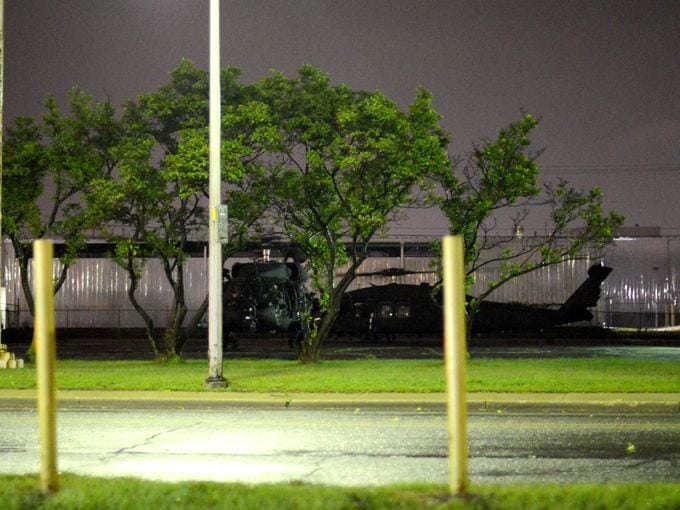 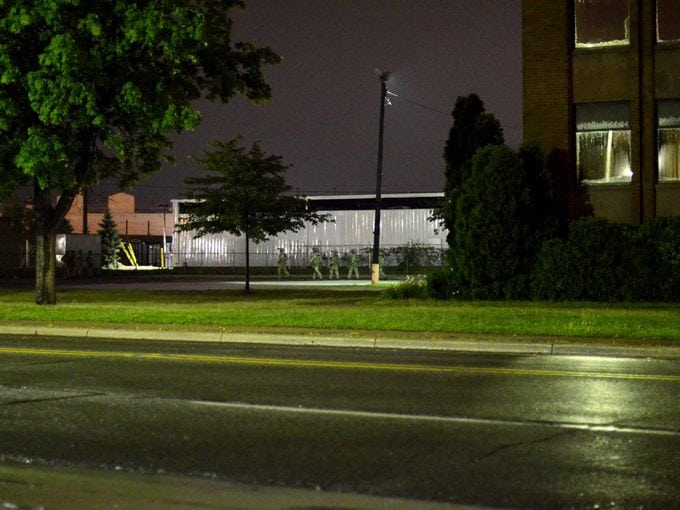 So, What does this tell us?

Again, this post validates my theories in the previous article I wrote on Jade helm.  Every solider knows that training accidents happen and soliders do lose their lives. Per a compilation of DOD reports from Free Republic – Every year, 1,000 to 2,000 soliders die due to training accidents.  It must be noted that these numbers do not include non-training non-combative deaths (e.g. – helicopter malfunction during travel and crashes). This is why military training is performed on federal property away from the public!! Since the military is weaving Black Hawk helicopters, Chinooks and Apaches through populated cities, they have to understand that there is risk of public property damage and loss of civilian life.  They would not take such great risks if it were not for an imminent threat!

Take a look at this video from Dahboo777.  As you can see, Black Hawk helicopters and Huey’s in downtown Fort Lauderdale FL are weaving in and out of close quarter streets between high rises.  Can you imagine what would happen if turbulence caused a helicopter to crash into the side of a skyscraper?  They are taking these risks, not in a couple isolated areas, but states and cities all across america both rural and highly populated areas.

Or how about this military training installation in Virginia that Infowars recorded?  You train in environments that you will be sent into combat for.  This training facility is complete with US-style churches, US-style road signage, soccer fields and corporate buildings. 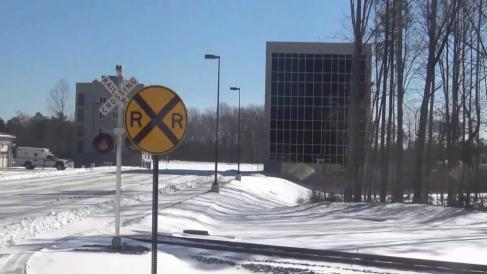 The People of America are only viewed as collateral damage.  Wake up your neighbors America, and prepare.