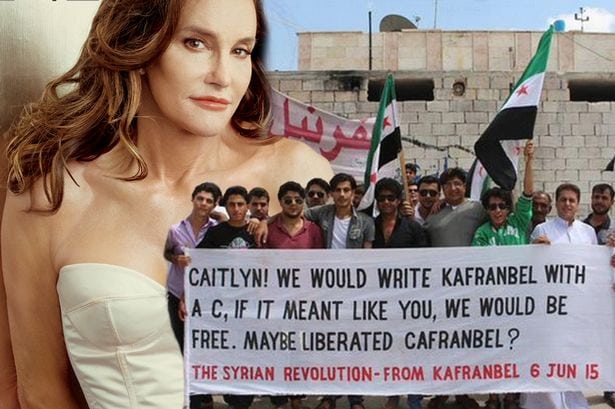 It’s no secret that the US has staged numerous fake crisis scenes using “crisis actors”.  With social media being the new form of news, they can’t cover it up as well as they use to.  However, this latest bought of propaganda is just jaw dropping..

The 65-year-old star was praised by activists from the town of Kafranbel, who vowed to change the name of their town to Cafranbel if they could be “liberated” 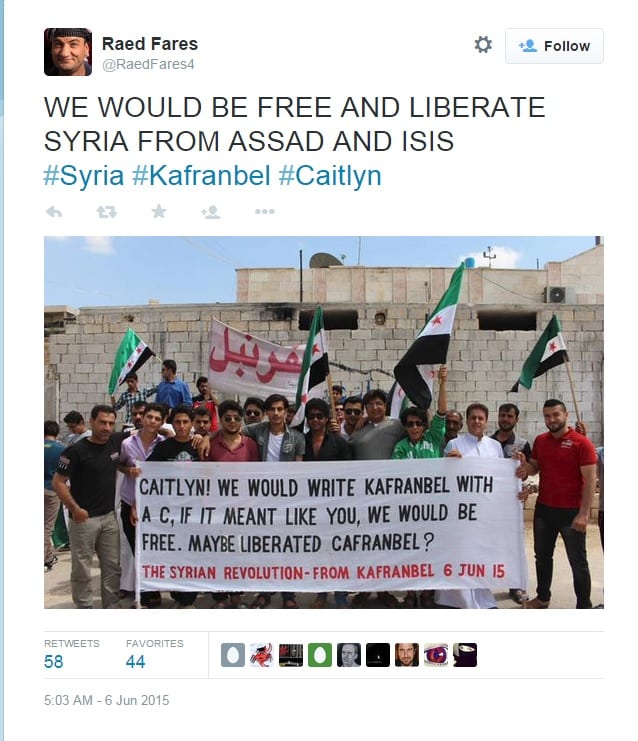 Are you flipping kidding me…?

Can this get any more ridiculous?!  Send cross dressing transgendered Jenner over in the middle east, complete with gown, fake boobs and an inch of makeup and they would all have her head.

So, what’s the angle?

Over and over again, the US has tried to gain public support to have US intervention in Syria.  Most notably, there was the accusation that Syria used chemical weapons against its own people upon which the US provided no evidence.  Even the US ambassador later said there is “no evidence” of chemical weapons being used in Syria.

But still, over and over again we are told that we must intervene to help the “moderate muslims”.  And that is what this little piece of propaganda serves….Just another image to subconsciously program Americans to believe that these “Syrian Rebels” are distinctly different that radical Islam and ISIS….I mean, how could they be so ruthless if they support someone like Bruce, errrrr Caitlyn Jenner?!

Below is another video, supposedly originating out of Syria, showing the violence that is occuring.  However, these ruthless Syrians hold poses, stop, and repeat their actions just to get good footage for TV.  Really now people….open your eyes.