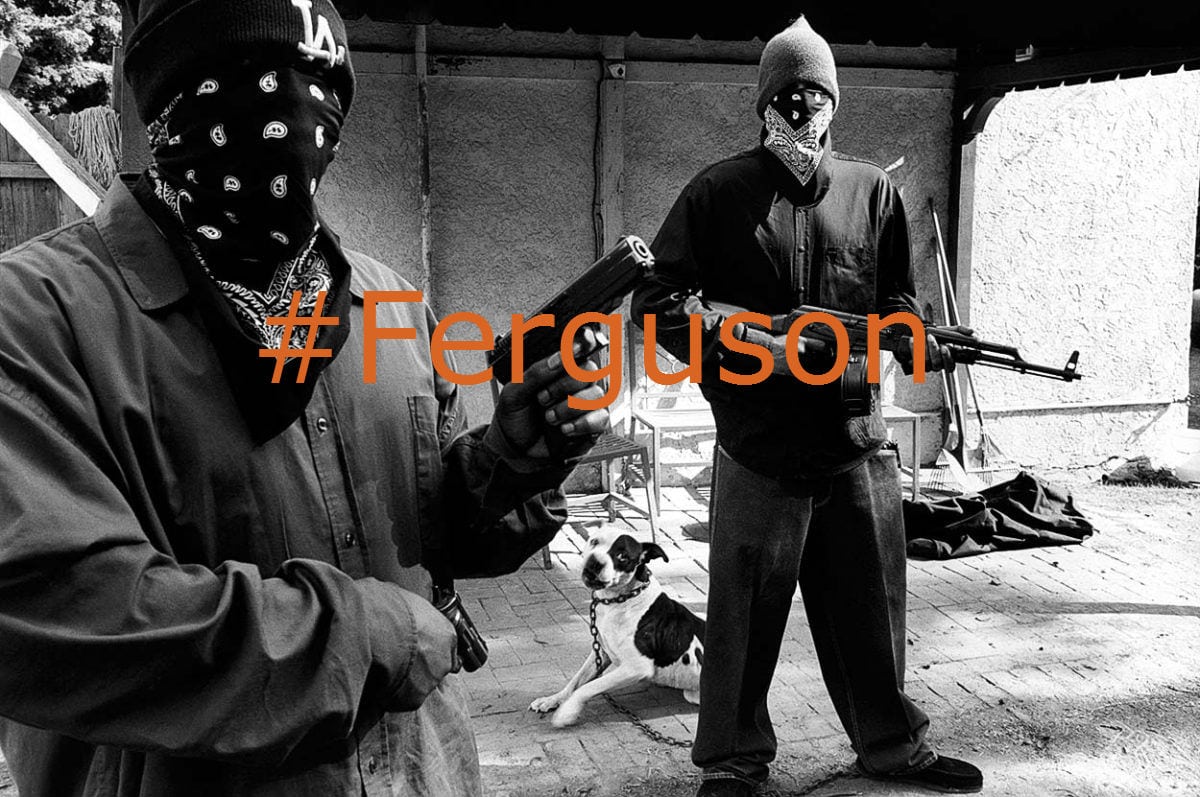 Making its way through social media is a group of teenagers armed to the teeth vowing revenge for the injustice against Michael Brown.  I don’t speak ghetto thug, so I would appreciate if someone could provide a translation for about 75% of the video…  Click the picture to watch because Facebook embedding likes to jack up my website:

Who really knows, but it shouldn’t be taken lightly.  As I had already discussed in my article Gangs Open Carry in Cincinnati, more and more thugs are carrying weapons and openly flaunting their fire power and it’s not just limited to Ferguson.  See the Cincinnati video below:

As the alleged officer in Ferguson said – “If you don’t have a gun, get one!”

Could a false flag result?

Let’s be clear, there is an abundance of evidence to suggest the sniper fire that escalated the Ukraine protests in to all out civil war was perpetrated by a third body of individuals that shot on both groups.  This was confirmed based on a hacked/leaked call between Estonian Foreign Minister Urmas Paet and EU Foreign Policy Cheif Catherine Ashton.

What is to stop the same thing from escalating the Ferguson riots?  We are almost certain to have riots if Officer Wilson goes free.  A firearm fight may ensue organically if the people from the above video follow through with their plan.  Or…could we see an operation from a third party (shadow government) throw bullets out and cause pretense for martial law in the area.  Personally, it’s almost martial law as we speak.  What are your thoughts?