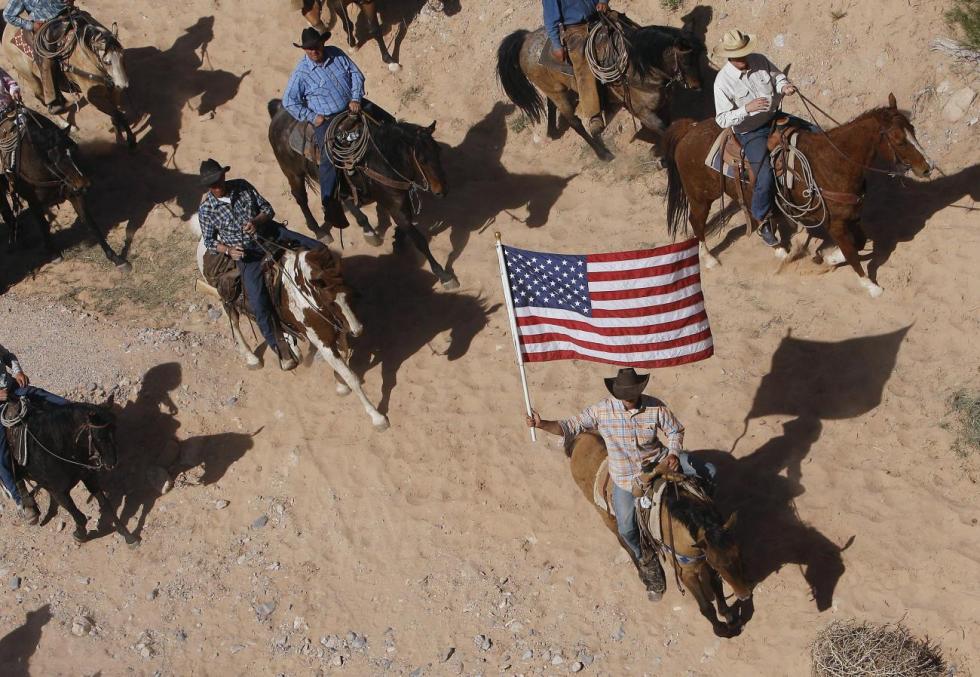 Back at the Bundy Ranch…

We all knew that the Feds would not back down after the public humiliation that occurred at the Bundy Ranch standoff…right?  Well, in the shadows of headliner news like Ebola, the Fed has been agressivly pursuing not only the Bundy Ranch, but a large majority of southern Nevada land.

Per The Bundy Ranch Blog:

“Federal Register / Vol. 79, No.197 Notice, outlines plans to make the Bundy ranch and most of the rest of Southern Nevada, Areas of Critical Environmental Concern (ACECs). 90 days from October 10th, 2014 these proposals will become federal law without consent from the Nevada State legislatures or the people of Southern Nevada.Areas of Critical Environmental Concern (ACECs) are human restricted management areas. ACECs have been a tool used by the federal government to gain further control of large masses of western lands and the resources.As proposed, nearly 3 million acres in Southern Nevada will be locked away from the people. This includes most uses on the land (recreational, agricultural or otherwise).”

I think we need a visual to help drive this point.  Per the Bundy Ranch Blog:

Of course, the ~285% increase in Federally expanded land after the Bundy Ranch standoff is coincidence, right?

As I stated in my last article The American Zero Hour, what will be America’s breaking point to unite and fully rebel against Federal intrusion on our life, liberty and happiness?  The standoff at the Bundy Ranch was a great win for liberty, but the war is continually being lost.  What do you think will happen at the beginning of next year when this goes into effect?  What will Bundy Ranch Standoff 2.0 look like?

Fear thy neighbor
Ebola Prediction: Can I say “I Told You So….”?