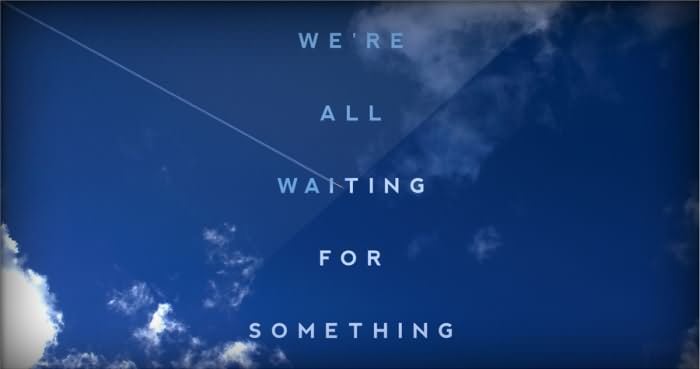 The Danger That There Will Be No “Big Event”

We are all looking for that singular Archduke Ferdinand moment where SHTF happens.  Certainly, with a global economic crisis looming, as well as global war and terrorism, any singular incident could send shock waves into this house of cards.  However, as Paylie delinquently describes, there is a danger in waiting for “the event” and timing thereof.  Make no mistake, the elite have been at this scheme for decades or even centuries, and they have been successfully turning us back into slaves with the power of time.  They may not need “the event” to obtain their final end goal…

I thoroughly enjoyed this article and I know you will as well.  Keep an open mind if you are stuck on the fact that “an event” HAS to happen…

This article was originally sourced @ SHTFPlan.com and written by Paylie Roberts. You can read the full article by clicking the link at the bottom.

How many times do you hear preppers and liberty-minded folks make statements along the line of “When the schumer hits the fan, I will take such action,” or “After some event I will make that change,” or “If it gets to that point, then I’ll take a stand!”? These ideas are based on the premise that there will be “the big event.” The assumption among many preppers and liberty activists is that there will be a clear cut “before” and “after,” with a defining moment, event, or series of events, delineating between the two. Such events could include economic collapse, natural disaster, a pandemic, an EMP or CME, a “terrorist” attack, or martial law. I myself have at times fallen into this very trap.

However, what if this assumption, this premise, is in fact incorrect? What if the creeping trends of tyranny, economic impoverishment, and oppression just continue on, gradually, indefinitely, without an obvious “big event?” After all, the elitist Powers That Be are masters at gradualism, ever so careful not to wake the frog before the pot is boiling.

If this were not the case, we would likely not find ourselves in the present circumstances. Instead, we would already have had major changes that involved trials that dwarf Nuremburg. Many high level officials or participants of the BIS, IMF, World Bank, ECB, Fed, CFR, Trilaterals, Bilderbergs, Goldman Sachs, JP Morgan, Citibank, CIA, NSA, IRS, DHS, FDA, EPA, and BATF would already be serving life without parole, or feeding the worms, for treason or crimes against humanity.

Just look at recent events that resulted in militarized police actions that were never officially called martial law, such as those that occurred after Hurricane Katrina, or in Watertown, Massachusetts after the Boston Marathon bombing. Many folks I know fear martial law as the defining moment, but fail to notice it is already occurring — subtly — but not quite yet on a nationwide basis.

Yet here we are, with many people still waiting for the “big event.” Many people seem to have the mindset that when the “big event” happens it will wash away all the tyranny and corruption we now experience, like a Spring rain clears the air. But it is likely that nothing could be further from the truth. Any “big event” will likely only serve as an excuse or a tool to further escalate the tyranny and oppression that we are already experiencing. Remember, “they” “never let a crisis go to waste.”

The western world in general, and the US in particular, are rapidly moving in a direction of tyranny, destruction of civil liberties and property rights, and economic disaster which serves to reinforce the former. To anyone who values liberty, the US Constitution, and economic freedom and prosperity, this is beyond unacceptable.

It is important to note that if the “big event” were to occur, it would make the reality of the circumstances plainly obvious to a large percentage of the populace, and therefore would likely incite significant resistance. This is what those of us who value liberty should want, and is exactly what The Powers That Be do not want.

So what concerns me the most is not that we will have a significant event or events in the near future. What concerns me the most is that we won’t. And that would likely result in an indefinite creeping complacency among the populace that will allow elitist tyrants to complete the implementation of their total control grid, without the majority of people ever actually taking action to stop or prevent it, even though they may be prepared to do so.

The author Claire Wolfe wrote a line for which she became well known that states: “America is at that awkward stage. It’s too late to work within the system, but too early to shoot the bastards.” I wholeheartedly agree with that statement, and although she wrote it in 1996, it is still true today. While it may not yet be the time to take up arms for freedom, or more accurately (and ominously) take up arms to defend ourselves from alphabet agencies purchasing billions of rounds of ammunition, it is certainly possible that time will come. It is also entirely possible that that time may never come. Therein lies the risk: many people use this as their proverbial “line in the sand” for taking action.  And if this point is never reached, then they will remain complacent, potentially forever.

Yes, it is true that many people are becoming more prepared for various emergencies, crisis, and disasters. This is important, and needs to continue. But it is not enough. With only a few exceptions, such as Oath Keepers, there is very little true action. There is a lot of preparing to take action, but little actual activity to resist the tyranny. Despite all the talk, complacency is still the order of the day. We all have our various excuses: need to work to pay the bills, need to finish school, need to raise the kids, and so on. We all have lives such that we can’t drop everything to fight the wrongs, especially when those wrongs haven’t crossed our imaginary lines. However, as the tyranny gets ever closer to our lines in the sand, we don’t react when our lines are occasionally tested, just to see if we notice. In the end, our lines get moved without us realizing it, and what has already crossed the line, only appears as though it has not. That is both the power and danger of gradualism.

To anyone who has paid attention to politics over the last several decades, it has become glaringly obvious that the solutions to these problems are beyond the ballot box, as the ballot box is now inherently rigged, bought, and paid for, via multiple mechanisms.