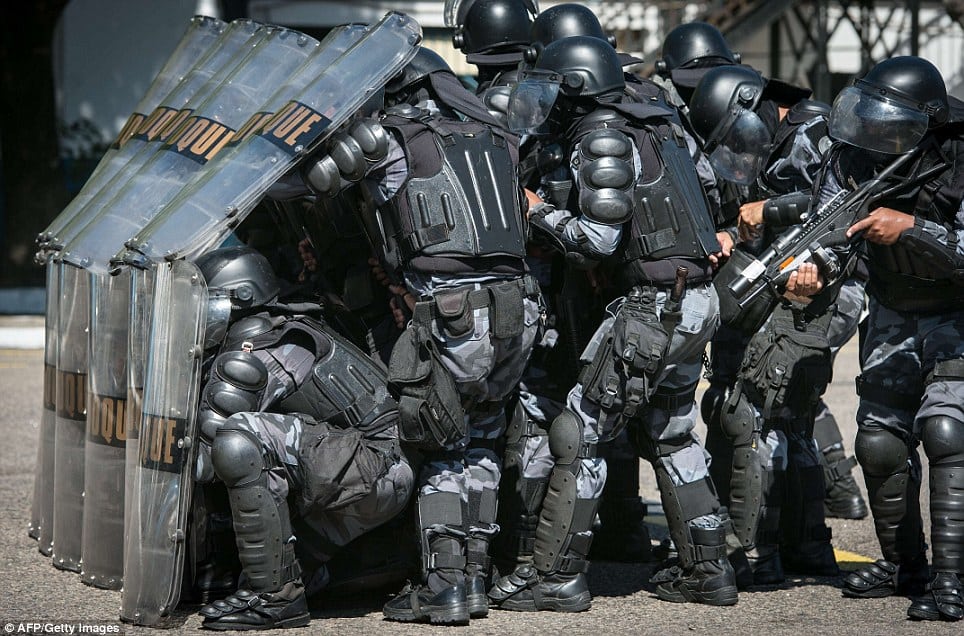 Police Psychology – Us vs. them

Why is it that we see a militarization trend of the police? Why is it that we see a trend of police abusing their power and dehumanizing those under their authority? It’s difficult for us to understand as we cannot fathom that every police officer abuses their power…doing so would be stereotypical.  While there are good officers, or even to an extent good police departments, we must still acknowledge the adverse trend of police power abuse and militarization and understand how it can spread like fire.

The Stanford prison experiment was a social psychology experiment performed in 1971.  24 college students volunteered in the study and were paid $15 a day over a two week study to act as either a guard or prisoner.  The study was stopped after only 6 days because things got entirely out of control.  Even though everyone knew this was a study, the power given to the guards (through authority and symbols of power (e.g. – handcuffs, nightstick, etc.)), and the dehumanizing of the prisoners (e.g. – stripped of clothes, assigned a number instead of a name, etc.) resulted in abusive behaviors and psychological breakdowns.  Remember, this was only a study of normal male individuals over the course of 6 days.  6 days!!  After watching this video, you should be able to understand how accepting a career as an authority figure can change your personality.

One of the hot police brutality videos circling the net is the death of Eric Garner.  Eric was an overweight asthmatic man who broke up a fight.  Due to his large stature, the cops for some reason perceived him as a threat.  Eric peacefully was negotiating with the officers asking what he had done wrong when several of them ganged up on him, put him in a choke hold, and brought him to  the ground.  Between the stress, the choke hold, and the offiers piled up on top of him, Eric died of either a heart attack or asthma attack even though he was pleading with officers that he could not breathe.   You can see the video below:

So, how do other officers view this incident?  Do they think it was unjust?  Or do you think they will act like fellow guards in the Stanford example?  There are several online forum boards for officers where they must verify their employment.   When reviewing several of these boards like PoliceOne.com, you can find comments by real life police officers on the Eric Garner case.  If you want some top line quotes, take a look at these….

– All he had to do was comply and he would not be dead.

–As far as the grab around the neck, I would have done the same thing. That piece of sh!t was too fat and wide to grab anywhere else.

Some of the comments are outright ruthless!

Again, to not be stereotypical or generalize police, the comments I viewed were about 50/50 with half of the police officers saying that those officers used excessive force.  However, there is one take away to this whole post….

Do not think for one second that if you are not doing anything wrong, the police will not bother or abuse you.  Chances are, you might have a run in with the bad 50%.

Shelter Precautions – Insects
The President in your pocket…