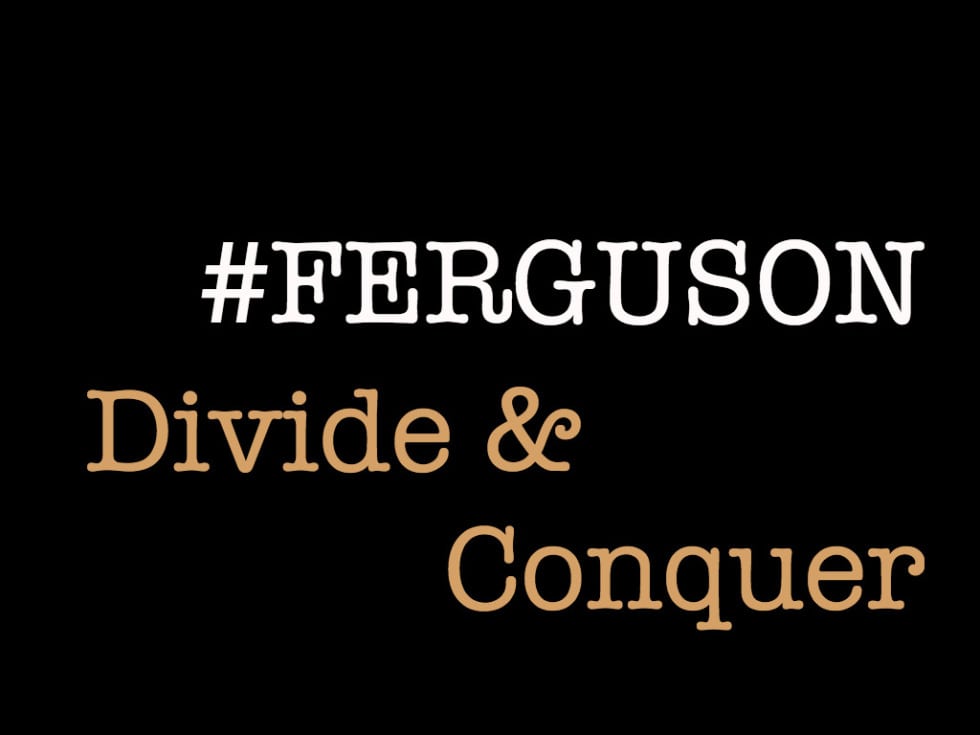 #Ferguson – What you haven’t been told

Is there really even a good side and a bad side in this case?  We are seeing an increasingly prevalent police state where there is a tendency for police to shoot first and ask later.  Is this because crime and the officers’ work environment is getting increasingly dangerous?  Or is this because of police psychology (described in my article here) and the facilitation of weapons and military equipment through the Pentagon 1033 program?  Chicken or egg I suppose…

Here’s some summary one-liners on both Officer Wilson and Michael Brown.  However, the story is bigger than just these two individuals and I do not want to rehash everything mainstream media is pummeling down people’s throats…

But here is the kicker…

Almost immediately after the shooting, President Obama and Attorney General Eric Holder inserted themselves into the case without understanding the facts.  On August 23rd, 2014, Obama sent three White House Aides to the funeral of Michael Brown.  What if there is irrefutable evidence that comes to light that shows Michael Brown did indeed attempt to kill Officer Wilson with his own weapon…

If you haven’t read my article Divide & Conquer, you’ll understand why completely.

The administration is playing both sides of the fence, fueling the fire.  A divided people are much easier to keep in control as they will not focus on the true problem.

Obama Told Ferguson Extremists to “Stay the course” – November 5th, 2014 VS his statement “There is never an excuse for violence against police, or for those who would use this tragedy as a cover for vandalism or looting.”

Even inserting themselves into this case (and the Trayvon Martin case) in the first place is a tactical move.  In Chicago, one year had 700 school children shot and 66 died.  Why just these cases?

Is your water filter really protecting you?
Cyber Monday for Preppers!