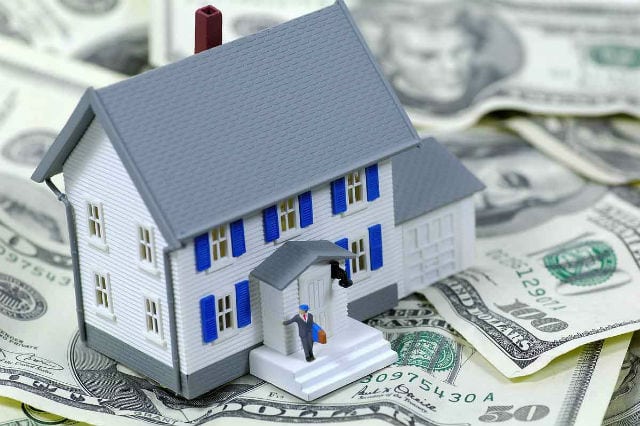 Economic Collapse & A Debt-Free Home: Are You Still Safe?

Financial analysts and preppers that are in tune to the systemic corruption of the banking and political systems are encouraging people to get out of debt and into hard assets and sustainable living practices.  For hard assets, this includes storing food, water, clothing, firearm protection and other materials.  For debt, it includes paying off college tuition, credit card, car loans and mortgage debt.  Nothing sounds bad about that right?  Getting out of debt and being self reliant is something that is hard to find fault with.

However, as I explore the theories of how the system might implode, I’ve found that one of the above solutions may not be a solution at all…

While I agree that acquiring hard assets can help you weather the storm, I am not so sure getting out of debt will completely stem the tide of the financial collapse.  In particular, I’m only referring to one type of debt – mortgage debt.

As I received my bank escrow statement for the prior year, I found that it had run a deficit as the property taxes had increased.  Why?  In under three  years, my home and others in the neighborhood had organically grown 14% in value. This is largely due to the real estate bubble returning, and little on behalf of the home owners or locality’s improvements.  In addition to the increase in property values, 2015 taxes have also increased substantially.  What I am left with is a jaw dropping increase in taxes.

So, how might this ruin you in an economic collapse?

Greg Hunter @ USA Watchdog interviews some of the top financial analysts in the world that are blowing the whistle on the collapsing global economy.  While all of them are warning of the impending doom and necessity of preparation, the theory of how it collapses differs between them.

Some people such as John Williams, Rob Kirby, Nick Barisheff and others believe that hyperinflation will consume the economy similar to Germany’s 1920 Weimar Republic or the 1990s  Zimbabwe incident.

Others suggest that a huge deflationary crash will occur and that the hyperinflation theorists are flat out wrong.  In particular, Harry Dent is a subscriber to deflation-only mentality.

However, there is a third and utterly worse scenario:  deflationary crash followed by hyperinflation.  It is this scenario that I feel is most probable.

Michael Snyder, Mike Maloney, Greg Mannarino and others suggest that we will have a major deflationary crash (much greater than 2008), followed by central bank interventions (Quantitative Easing on steroids) which will cause hyperinflation.

With a deflationary collapse, companies will shut down (or merge) and jobs will be lost.  You can think of it as the next Great Depression.  If you survive the first wave of deflation and still manage to have a job, hyperinflation will come in around the backside and ruin you.  Hyperinflation will force goods and services to quickly outpace your salary earnings, and you will likely have a difficult time paying for the most basic necessities. 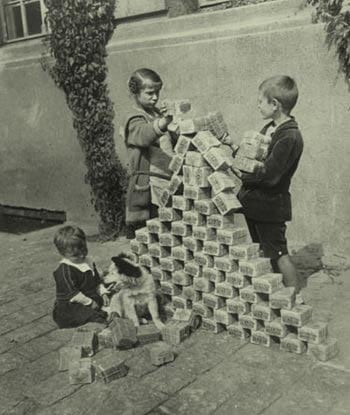 And this folks is how they will still get you.  With college debt, credit cards, car loans, etc., the debt is resolved once you pay it off.  However, even after payment of your mortgage, you still owe the state taxes so long as you own the property.

What if your property value increases exponentially alongside of all other hard assets.  For example, let’s take New Jersey with a 1.89% tax rate and the average tax collection being $6,579.  That would mean the average home price is around $348K.  What if this home price increased 10 fold and the property taxes along with it?  Could you afford $65, 790 in yearly taxes?  The 10 fold increase is indeed a meager increase considering how run-away hyperinflation can happen. Even though your home is owned “full and clear” failure to pay your taxes can still result in confiscation of your property. 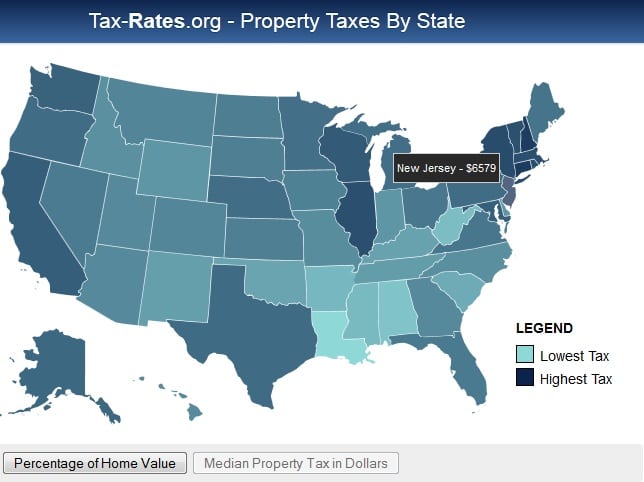 The only solution I see to this problem is acquiring hard assets to hedge hyperinflation.  Hopefully these assets would increase uniformally with the inflation, and are items that are in demand.  Will gold and silver do the trick?  Perhaps…but that only applies if they are in demand.  Some argue that people will only want life necessities and not some inert metal.  Regardless, if you meet both these properties, you could retain wealth and sell the items to pay off the taxes.

The only other solution I see is to move to a state that has 0.5% or lower property taxes to try and stem the increase if a hyperinflation event occurred.

If you want to know more on the deflation to hyper inflationary threat, visit Mike Maloney and watch this short video.

Are You a Patriot or Coward? Freedom is NOT an Easy Choice
A River of Evil Beneath Us: People Are Literally Going INSANE