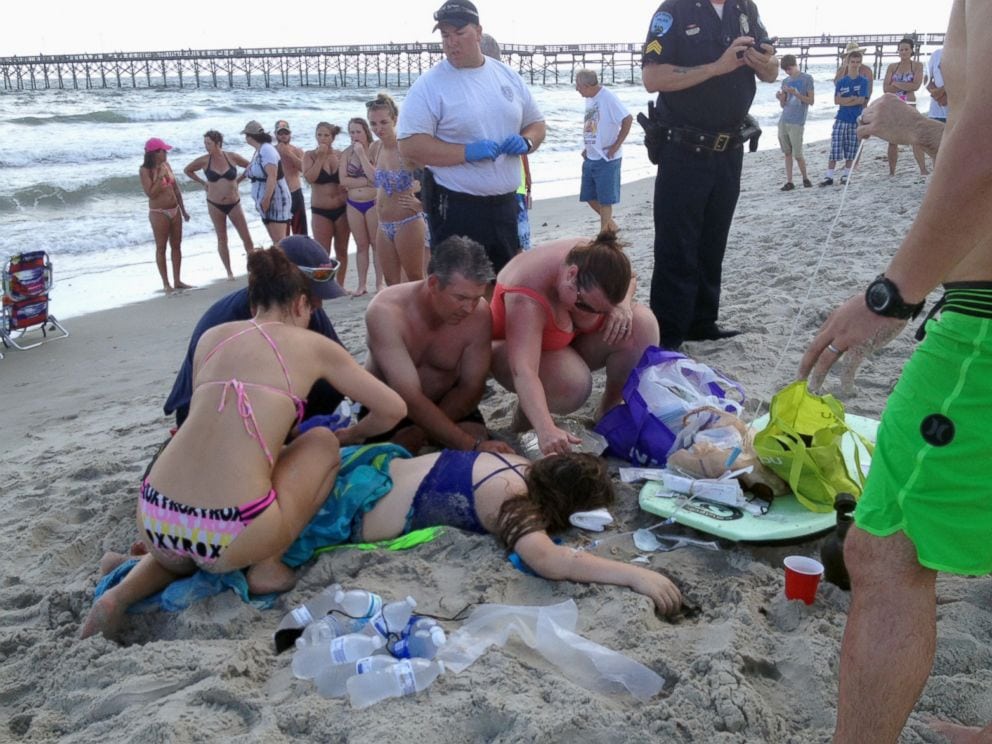 Our ecosystem is currently under a great state of duress.  Whether it is due to man made events/accidents like Fukushima, oil spills, etc., or a Godly harbinger, the evidence is undeniable that our natural world is collapsing.

With normal food chains being disrupted by mass animal die offs, are humans now starting to become prey to the food chain?Yesterday, on 6/14/2015, there were two shark attacks on a North Carolina beach with only a span of 1 hour in between.  The victims were two teenagers, each which lost an arm to their encounter.  Additionally, one of the victims may need their leg amputated.

Is this part of a trend?

I always like to provide counter arguments for any of my opinions.  In this case, one might say blood in the water from the first incident caused other sharks to come to the area which led to a second attack.  This may very well be true, however, a look at long term trends starts to give us a different picture.

Per the Florida Museum of Natural History 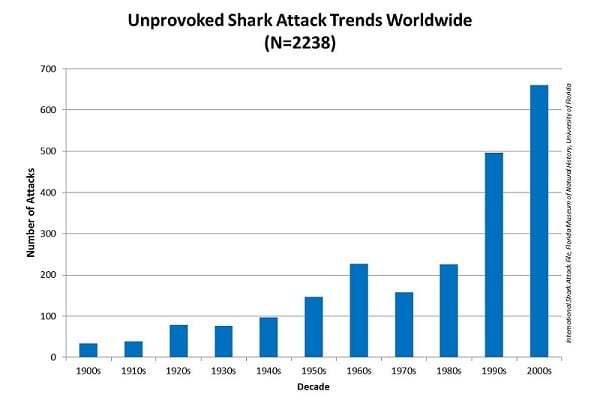 As shown, since the 1990’s, we had a drastically high increase in the number of shark attacks worldwide.  From the 1980’s to today, we have almost a 300% increase!

So, what’s one theory of increased attacks on Humans?

Over the past 4 years, there has been a great amount of evidence that suggest ocean life is dying at an expedient rate.

New York Times, Jan 15, 2015: A team of scientists… has concluded that humans are on the verge of causing unprecedented damage to the oceans and the animals living in them. “We may be sitting on a precipice of a major extinction event,”

Williams Lake Tribune columnist Diana French, Jan 13, 2015 (emphasis added): Out of sight is out of mind. Those of us living in the Interior might not know or care that sea creatures are sick, dying or disappearing at an alarming rate all along the Pacific coast.

With conspiracies set aside, take a look at this listing of mass animal deaths in 2015 from the website end-times-prophecy. They have direct local news links to each mass casualty of animals.

As the food chain is disrupted, predators will look for new sources of food

Back in April, 2015- there was an incident of a California Fisherman posing with a picture of a fish he had captured.  Suddenly, a sea lion popped out of the water and dragged the fisherman and fish underwater for at least 15 seconds.  This extreme attempt at acquiring food is just another indication of how dire things are.

As the world environment becomes harsher to live, whether from events like the California drought, bee’s dying in record numbers, radiation from Fukushima, global cooling, overfishing, or other reason, we will continue to see this trend develop.

If these animal predators are canaries in the coal mine, human society had better pay attention.  What happens when these trends start to majorly impact our food supply?