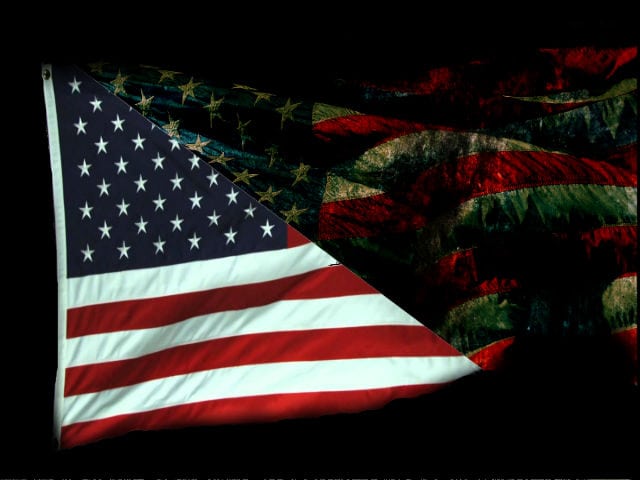 A Tale of Two Americas

There’s a tale of two Americas going on right now.  One one side of the isle, you have Amerika.  This is the America that makes up the horrendous statistics of unemployment, poverty, food insecurity, police state beatings, and other negative trends.

On the other side, you have Faux-America.  This is the America that is surrounded by a dwindling bubble of comfort; a bubble that is a facade representation of what America originally stood for.  Aside from the top 10% who are profiting from the mechanics of this monetary policy travesty, the majority of individuals living within this bubble are fairly comfortable, yet feel the tightening of the poor economy.    They non-nonchalantly complain about increasing college tuition, corporate layoffs, and other life-fees, but laugh it off as a part of every-day life.  They are poor and they don’t even know it.  They are blinded by the fact that they will soon be absorbed into Amerika…

You’re Poor and You Don’t Even Know It

In under 100 years, we went from this (the single income earner bread winner): 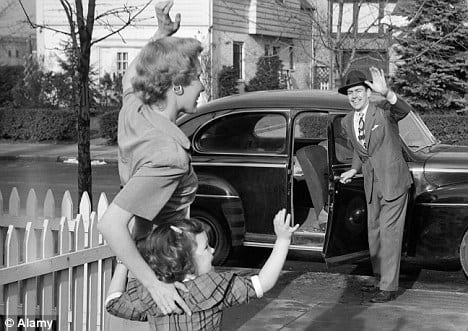 To this (the double parent working household): 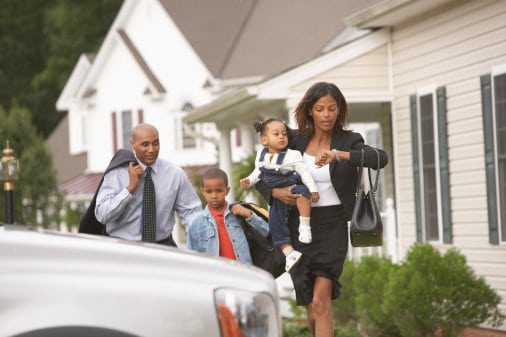 To this (the multi-generational family [or multiple family] working household).  Where Americans are working until they are grey with no retirement even possible: 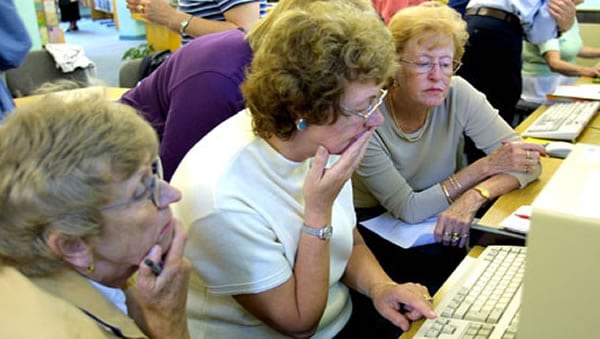 But don’t worry right?  This is just life…

The people living in Faux America may think that they have escaped the collapse of 2008.  They appear to have recouped their earnings in their 401k and other market investment accounts, and are told by mainstream media that the economy is in full recovery.  While malls and stores across the nation are all shutting down, new ones are popping up in their isolated “nice neighborhoods”.  Complete with manicured lawns, low crime, and friendly neighbors, they feel as though they haven’t been compromised by the economic downturn….but they are all so wrong.

If you’re a good ol’ American and followed the vanilla path in life, you probably got your first car at 16, went to college, got a job, lived in an apartment or purchased a home, met a nice girl or boy and got married, and then had a child.  The whole time, you’ve been cooking in a pot of stagflation brought to  you by banking masterminds.

While your first car might have been a beater, at some point you would need to invest a little more.  Right now, the average cost of a new car in America is $31, 252.  That’s out of reach for A LOT of Americans.  It’s no wonder why we are driving older cars then ever before as per this CNBC article

I really don’t need to explain how incredibly inflated the student debt bubble is.  A simple look at this chart shows how prices have increased and become out of reach for many.  However, faux America takes this as normalcy and keeps piling on the debt.  After all, in order to get a good job, you need that college education (which is mostly spent on useless classes and crazy liberal professors).  Right now, private college tuition stands at an average of $23,000 to 46,000 PER YEAR!  So, for a bachelors, that’s over $100,000.  We won’t even go into the fact that bachelors degrees are increasingly becoming undervalued and now masters and PhDs are preferred….just more absurd expenses. 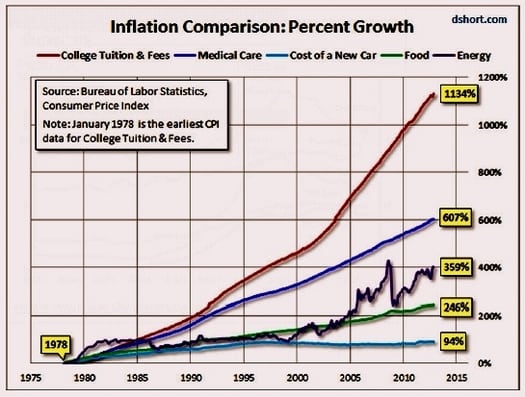 Right now, the average salary in the US is $44,888.  If you look at a chart of income with REAL INFLATION considered, you’ll see that we’ve only had a meager 4% increase in salary since the 1960s.  If you look at this chart further, look at the drop between 2008 and today.  Between that time, US wages are down 23%!!!!  Hence, it gives testimony to the fact that we need more members of the family working longer hours to make up the difference.

If you rent, you are no better off.  As many families were forced out of their homes during the 2008 collapse, demand for rentals skyrocketed and increased the price to around $800-900 per month which is almost the price of some mortgages. 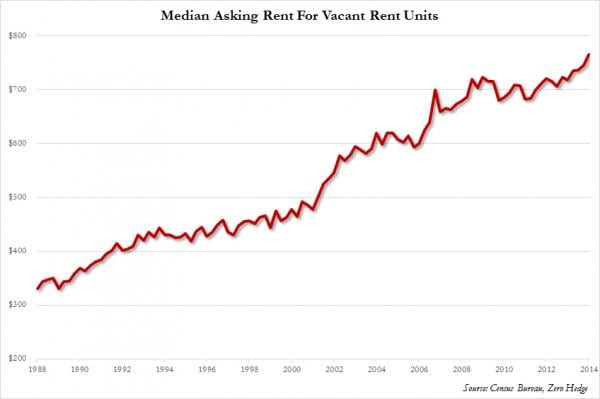 Currently, the average cost of a wedding in the United States is about $30,000 as per this CNN article.  In the materialistic American economy, you have to keep up with the Joneses.  John and Jane living in Faux American just accept the notion that it’s acceptable to spend that amount of money because this is her moment and you will never have another moment like it.

Well, sadly….it turns out that you might have many more chances to get married because the divorce rate has increased 40% since the 1980s as per this Washington Post Article. 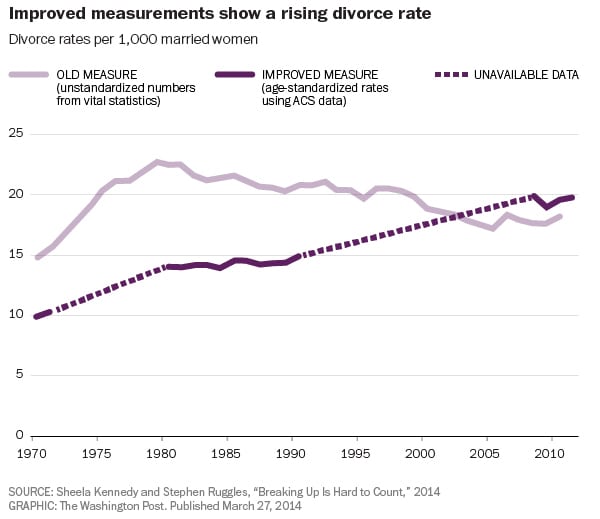 As I wrote in my previous article, The Corportization of Child Birth, the total cost of a natural birth at the hospital (2 days, 1 night stay) with no complications amounted to $30,813 (is it just me or is this $30,000 thing getting rudundant?).  Now of course, we all have to have mandatory insurance via Obamacare, and although many of us will not pay that total amount, we are still shelling out thousands or tens of thousands of dollars to bring a child into the world (depending on your insurance).

Want to hear the most ironic statement I’ve heard from someone at work?  Two parents were “incredibly glad” to send their children to daycare as it’s been a great growing experience for them socially.  Did they ever realize that before mom’s were forced (and yes, “forced” as it was necessary for money rather than girl power propaganda), children stayed at home with their mothers and were able to play all the time with the neighborhood kids?

We send kids away for over 40 hours each week.  When parents get home, there’s hardly any quality time to spend with them between trying to cook, clean and unwind from the day at work.  It is no wonder we are seeing the family unit decay with more domestic abuse, divorces and rebellious children.  And how wonderful it is that we spend an amount of money on child care equal to the cost of a mortgage.  Currently, the national average for child care is $11,666 per year or $972 per month.

And where has this been leading us?

Per The Business Insider

Americans young and old are being suffocated with debt.  How many more working persons can you fit into a household until the entire family cannot afford anything?  The answer is no more.  The system, by design, is unsustainable and is driving us into debt slavery.

If you live in Faux America, good luck.  You’re going to wake from this dream in the near future.

Consider this…The American dollar as the world’s reserve currency thrusted us to be one of the most powerful and abundant countries in the world.  Therefore, we are relatively buffered from this global downturn.  Other countries are feeling the affects much worse than we are.

0 comments
Why the SDR will be the New World Order Global Currency
Stupid Cop? “I wanted to be absolutely sure before I used deadly force”