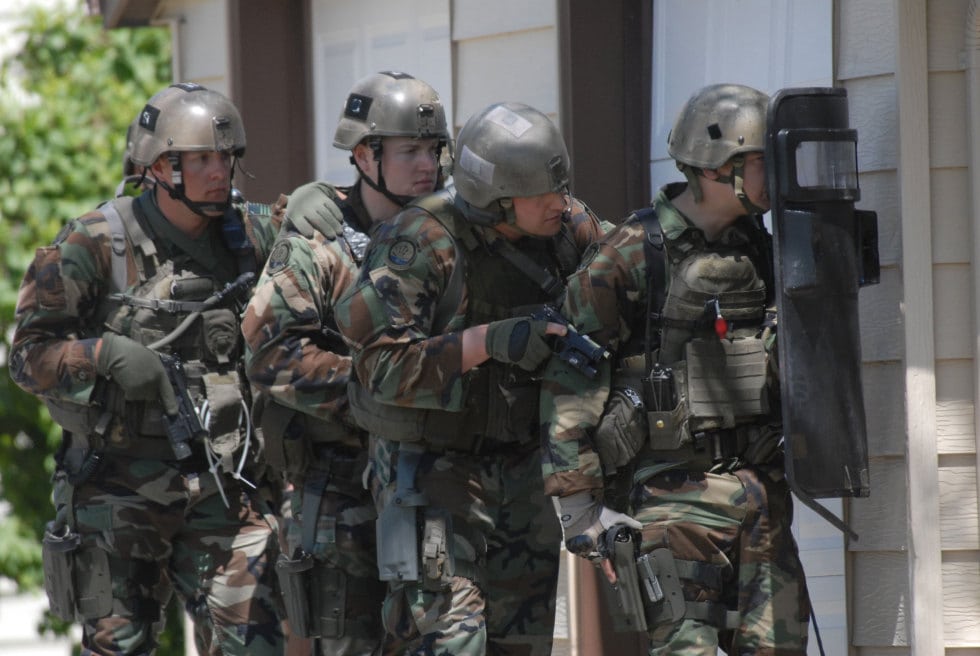 Would You Fire on Police?

It’s 12AM and you are tucking your family in for the night.  All is well until you hear a sudden “crash” as your front door is busted down.  The storm of people’s feet around your home’s lower level raises the alarm and you reach for your shotgun.  It’s dark and the only thing you hear and see are loud noises and lights.  Your first instinct?  Fire…

But what if the entry of individuals that have barraged in on your home were police officers?  You have no way of knowing this at the time because they were serving a “no-knock” warrant on the wrong house – YOUR house.   An unlawful entry…

Unfortunate as it is, these situations of “no-knock” warrants on the wrong house are becoming more common across news media outlets.  The most recent (and tragic) example of this is a no-knock warrant that was served on a duplex.  The officers did not bother to debrief on how their suspect only occupied 1/2 of the duplex, and an innocent family lived in the other.  Further, there were toys in the yard and a passerby citizen yelled at the cops to be careful as there were kids inside.  All these factors were not headed by law enforcement and the end result – an innocent 7 year old girl was shot in the head. 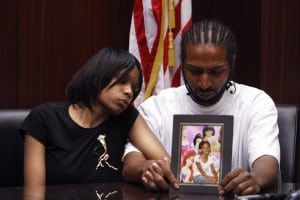 And these unlawful incidents are not limited to just no-knock entries.  There are plenty of incidents of some cops abusing their power against others.  Whether it’s the unjustified shooting of family pets, shooting of an individual for a seatbelt traffic violation or other crimes…there is an increasing “police state”.

And this goes back to the original question…

Would you fire on police if they entered your home unlawfully, or performed another unlawful act that endangered your life.  In the commotion of a no-knock example, you may not even know that it is police you are firing on.  If you were able to recognize that they were law enforcement officers, my guess is that you WOULD NOT fire on them.  You would plead with them that you are innocent and have the wrong house.

However… a controversial state law was passed in Indiana this year affirms that citizens have the right to protect themselves against unlawful aggression by a public servant:

And what exactly are you allowed to do?

Either way you choose, the outcome is not pretty…

I agree that in some cases, law enforcement abuse their power.  And if it comes down to the fact that your life is endanger for an unwarranted and unlawful act, you have the right to protect yourself with reasonable force.  However, law enforcement is justifiably upset about the passing of this law as they feel this empowers any individual to fire upon them if they are of the opinion that the action is unlawful.

What if you did fire on officers who performed an illegal no-knock raid on the wrong house – your house.  Odds are, you’ve just done more harm than good as you have inadvertently given the officers justification that they do in fact have THE RIGHT HOUSE.  You have just put your family at even more risk of being injured.

It’s a very fine line we walk here…citizens need to have the legal ability to defend themselves against unlawful acts by a public servant.  But at what point does that turn against you?  In my opinion, it’s as soon as the other law enforcement steps onto the scene.  If the officer is shot, restrained, or beat up, you had better believe that there will be no rational discussion as to what has happened when fellow officers arrive on-scene.  It will be instantaneous “officer down” mentality…and truthfully, how could you blame them.

Curious as to what you all think.  Post in the comments below:

Grooming a culture of cowards
The Poor Man Prepper…