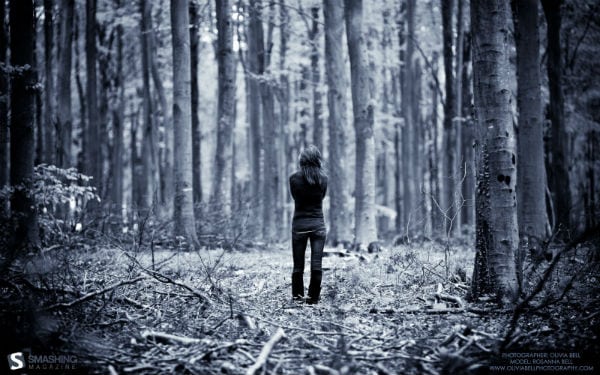 The Third Man Syndrome and the Hallucinatory Effects of Survival

Anyone who is truly awake to the pending economic collapse and  ensuing world war may read current event news with a lackadaisy attitude.  All the news coming out about potential derivative failures, strategic NATO and Russian deployments, Ukraine escalation or other do not surprise me anymore.  Simply put – I know where we are headed and the only offering that current news has is a potential timeline to when this machine breaks down.

As I express this so-called “boredom” with the news, I usually focus my writing efforts more on preparation – physical, mental, emotional and spiritual.   Out of those four categories, I really enjoy writing and reading articles that pertain to mental strengthening for preparedness.  This article which was originally published by Joshua Kruas @ TheDailySheeple.com, is a very interesting read with regards to mental stability, hallucinations, and “the third man”.  Is the third man something of our physical imagination or something spiritual?  Will you find yourself in the presence of this ominous figure in a survival situation?

“Who is the third who walks always beside you?

When I count, there are only you and I together
But when I look ahead up the white road
There is always another one walking beside you
Gliding wrapt in a brown mantle, hooded
I do not know whether a man or a woman
But who is that on the other side of you?”

If you’re unfamiliar with the poem, it was written by T.S. Elliot after reading a strange account from famed Antarctic explorer, Ernest Shackleton. During the last leg of his 1914-1917 expedition, he was hiking with his two remaining companions, desperately trying to reach a British whaling station. They were low on food, dehydrated, poorly equipped, and very near death’s door.

That’s when he reported sensing an unseen member among the group. For whatever reason, he felt that there was a fourth person traveling with them, who despite being impossible to see, was a very comforting and encouraging presence. After they made it to the whaling station, Shackleton kept this detail to himself, before revealing it to a reporter many years later. After news of this encounter reached his former comrades, they too admitted to sensing this strange presence.

So what was this apparition (for lack of a better word) that Shackleton witnessed? It has since been dubbed “the third man factor” by researchers, and it has been experienced by countless survivors all over the world. It usually occurs when someone finds themselves alone in a harrowing survival situation, though sometimes it involves a shared experience between several survivors, as in Shackleton’s case.

But being alone is definitely more common. In the case of Frank Smythe, one of the first explorers to attempt to climb Mount Everest, he too felt the presence of a companion after his real companions decided to give up and head back to base camp. He actually broke off a piece of mint cake and tried handing it to this invisible man, before realizing there was no one there.

Sometimes it’s like that. Just a subtle sense that someone is there. But other times you can hear this person talking to you, encouraging you to not give up. When James Sevigney survived an avalanche in the Canadian Rocky Mountains, he was bleeding out internally and externally, his back was broken in two places and his knees were shattered. It was in that moment he heard a voice say “No you can’t give up. You have to live.” He described it as if this voicing was speaking right next to his ear.

Other times, this presence takes a more physical form. When Peter Hillary was on an expedition to the South Pole in 1998, he claims that at one point he was accompanied by his mother, who had died in a car crash 20 years prior.

The only thing these case all have in common is that they involve moments of extreme stress and danger. Otherwise, they can happen in any environment in the world and have been reported by explorers, mountain climbers, divers, sailors, and prisoners of war. Even some of the survivors of 9/11 claim to have been led out of the Twin Towers by this strange force.

Which brings up an interesting thought, most scientific minds would argue that these apparitions are nothing more than a coping mechanism for a brain on the brink of death, but they don’t always happen to someone who is starving in the woods for days on end. It can happen quite suddenly. It seems to be different than an exhausted brain producing hallucinations, and most claim it is beneficial. All it really takes is shock, fear, and stress. If you’re under those conditions and you’re alone, then you stand a good chance of experiencing the third man syndrome.

As for other explanations, you could say that this might be spiritual in nature. It certainly fits the bill of a “guardian angel.” But others have argued that it’s actually an ancient relic of human psychology called “the Bicameral Brain.” This theory suggests that until about 3000 years ago, our brains were quite different then they are now. The hardware of the brain is the same, but our consciousness was structured in a radically different way.

– Read more at The Daily Sheeple

Shocking Trends: Public School Penitentiaries
Prepping Ain’t Pretty – What to do with #2?