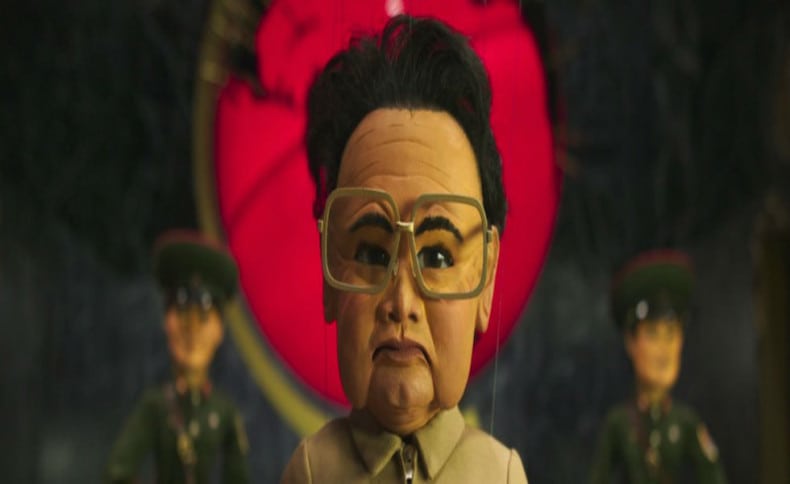 “The Interview” Pulled – Something Fishy is Going on

Something incredibly odd is going on right now with regards to  the Sony Hack and dropping of the movie “The Interview”.  This movie is not the first time The United States had majorly upset the world, and it will most likely not be the last.  However, this particular incident is one of a kind with Hollywood bowing down to terrorist demands.  But why?

Zero Dark Thirty caused an outrage among moderate Muslims and and terrorists alike.  The movie showed CIA interrogation techniques like water boarding, “torture”, psychosexual humiliation of Muslim detainees, and the assassination of Osama Bin Laden.  Officials all throughout the US government were on high alert and had concerns about the backlash that the movie would bring.  In fact, there was chatter that littered the airwaves about unspecific attacks that would occur if the movie was released.  However, that of course didn’t stop them.  The movie was released across US and world theaters.

Or How About “Team Amerika – World Police?

That movie specifically had Kim Jong Il in it and we killed his character with a stake through his heart.  It never got pulled due to threats.  It DID just get pulled, but it was originally published in 2004?  What’s so special after 10 years?

What’s so special about “The Interview”?

The hackers did prove themselves to be legit as they successfully accomplished prior cyber hacking that released a lot of Sony Private records. However, the reason the movie was pulled out of theaters was not because of “worse” cyber attacks, but rather a threat that there would be a 9/11 attack on theaters.  How exactly does successful cyber hacking translate into credible capability of pulling off a physical (non-digital) attack on theaters?  In my mind, the two are completely unrelated.

What else is fishy about this?

Yesterday, the FBI had concluded that North Korea was the source of the cyber attack.

Ok, so does anyone reading this post know anything about threats from North Korea?  They NEVER materialize!!!!!

North Korea has a tradition of making bellicose threats against the US like war, nuclear attacks, etc., and not a single one had ever came to fruition.  You have to imagine that the FBI and Sony were in very close talks with regards to the decision about pulling the movie.  If it was truly confirmed to be North Korea, wouldn’t it be a signal to say “Oh, it’s the boy that cried wolf again!”?

Secondly, NO EVIDENCE has been provided by the FBI that this was in fact perpetrated by North Korea.  We are suppose to just accept the government response……

What I think is going on

The key thing to look at in the future is how the US government will benefit from this crisis.  Whether the crisis was organic and true, or whether it was a false flag, time will tell with how our government responds.  If any of the following scenarios below play out,  we need to recognize that the US government is manipulating the situation.

– The biggest threat that I see coming out of this is more restrictions on internet freedom.  Politicians will be eager to get on the mic about how private industries are not able to protect themselves and we need more government intrusion or restrictions placed on the internet.

– There are more measures taken against North Korea to further castrate them.  The true foe for our politicians in Washington is Russia, however they could be playing a game of chess to further debilitate potential allies of Russia.

What you NEED to do!

The US has always been at a geographic advantage with regards to war.  North America is very much segregated from the turmoil that occurs around the rest of the world.  In order to attack the United States, our enemies need equalizing weapons.  In today’s world, that is cyber attacks and nuclear devices.  With regards to cyber attacks, I think it is a matter of time before the banking industry is hit.  When and if it does, the US population will be outraged and the government would garnish the support to enter into war.

Do yourself a favor if you have not already done so – get your money out of the corrupt banking system and only have enough in there to take care of monthly bills.