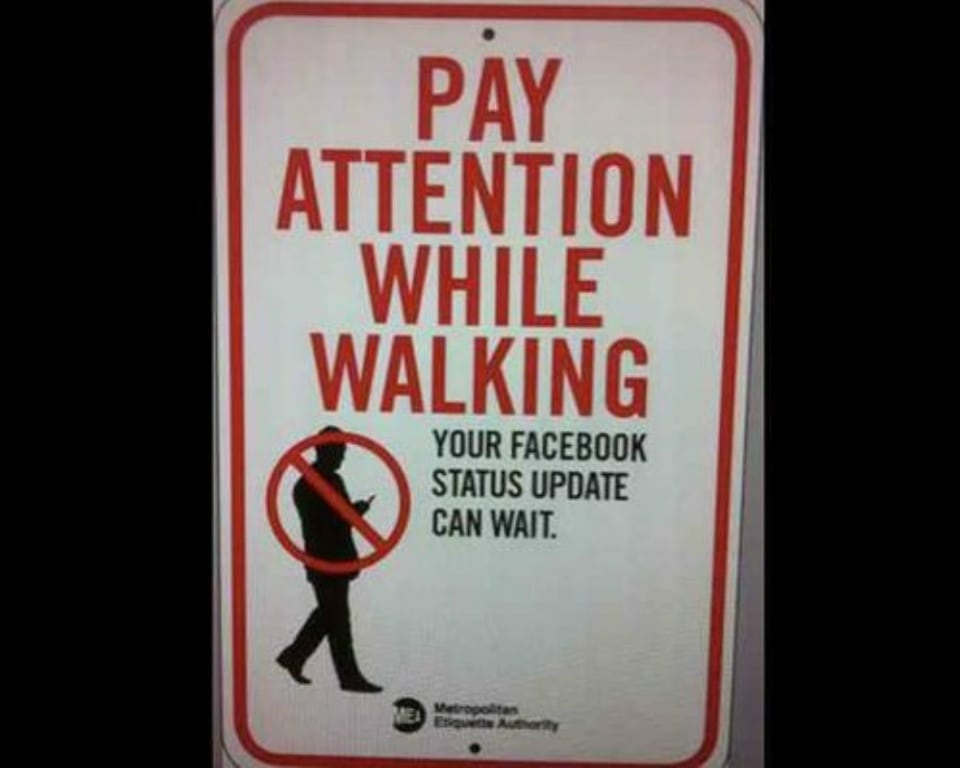 The featured video shows an increasing epidemic of how phones are one tool that diminishes our situational awareness.  As our culture evolves, our younger millennial generation is ever more impacted.  Let me help you understand some examples of situational awareness and how you can train your mind:

Articles on situational awareness are almost always related to tactical firearm training. Whether you take a concealed carry weapons (CCW) course or an advanced weapons course, instructors will emphasize that you need to be aware of your surroundings before you pull the trigger such as:

These are all great aspects for training your mind on situation awareness, however these techniques goes beyond the actual act of a firefight.  Even more so, they apply when weapons are not involved at all.

What about situational awareness prior to an event?

Most people are aware of the “Knock Out Game” sweeping the nation.  Would you be aware of your surroundings from both an auditory and visual perspective to see the knock out before it hit? Do you let “Political Correctness” get the better of you and not stare at people you might have otherwise thought of as threatening?  Besides the knock out game, do you maintain an adequate awareness of your surroundings in case of an emergency?  When you go to an unfamiliar place, make note of the people and their demeanor.  Also take a good look around at your exit routes in case something bad were to happen.  This practice becomes second nature.  In fact, I know many former military members that will ensure they choose a seat in the restaurant that allows for broad view of the area so they are prepared to act in case of an emergency.

Humans are creatures of habit!  I cannot stress this aspect enough as I still continue to make mistakes that I train for.  Most people go to work and always park in the same vicinity.  What if this habit is broken when you forget your company badge and have to use a different entrance?  You park in a different area and at the end of the day you return to your usual old spot and can’t remember where you parked your car.  Sure this is simply an inconvenience, but what if an emergency happened such as receiving a call that a family member is having an emergency?  You do not want to be in the situation were you can’t find your car and get to your loved ones.  This situation definitely applies to big areas such as theme parks or parking garages where we are more likely to misplace our ride.  Take some time to stop, look around, and mentally categorize your surroundings so you do not end up in this situation.

People love GPS…so much so that if the GPS were to fail, we would be completely lost.  Be more aware of your surrounds by taking notes of your turns and visual landmarks while using the GPS to your location.  Test your memory on your way back home and shut off your GPS.

What about recalling situational awareness after an event?

If you are unfortunate to be in a situation that called for you to use your concealed weapon, are you able to describe to police the details of the individuals you were engaged with?  Travis Haley has some excellent training videos which teach you how to remember details after a firefight.  After the unexpected, your adrenaline is rushing and you may have had tunnel vision during the event.  You need to train your mind so that you can provide details to police if an investigation ensues.  Travis’s videos have him under time constraints to memorize a shooting pattern (blue first, yellow second, three shots on red, followed by one shot on black) off of a card deck.  Once the buzzer sounds, he has to memorize those details and shoot accordingly.  You could also train by looking at pictures of individuals for a timed 5-10 seconds, run a drill for 2 minutes and try to recall all your observations of the pictures afterwards.

I hope this opens up some perspective on situation awareness and helps gives you ideas on how to prepare for it in the future.  There are other memory training modules/games such as Luminosity.  The key about mind training and situational awareness is that it is definitely something you must train on…it does not always come naturally.