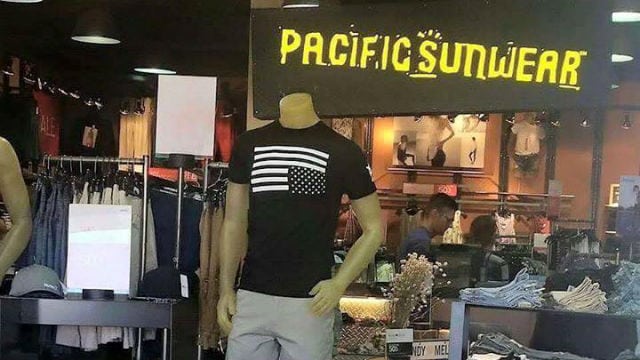 Trends… Trends are overwhelmingly the best indicator as to the state of our nation rather than any particular incident.  This trend is just another mainstream indication that our nation is in distress!

This photograph was taken in Foley, Alabama at a PacSun outlet store.  As shown, the upside down American Flag T-shirt is prominently displayed in the front of the store on Memorial Day Weekend.  People took to social media in outrage, not only at the popularized dismay of the flag, but the fact that it was displayed on memorial day.  For those that are not aware, an upside down American flag is meant to communicate a signal of distress in instances of extreme danger.

This is not the only PacSun T-shirt

Here’s other photos from their online shop: 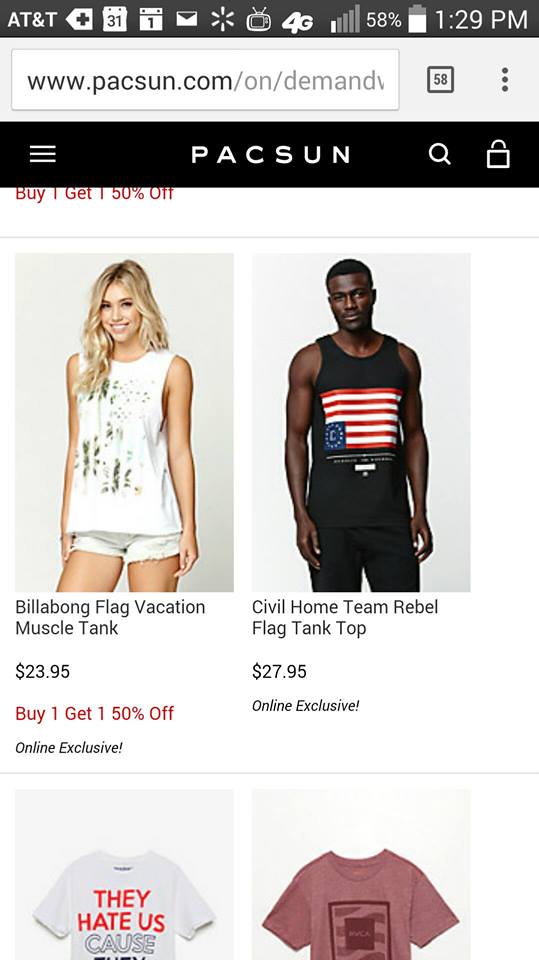 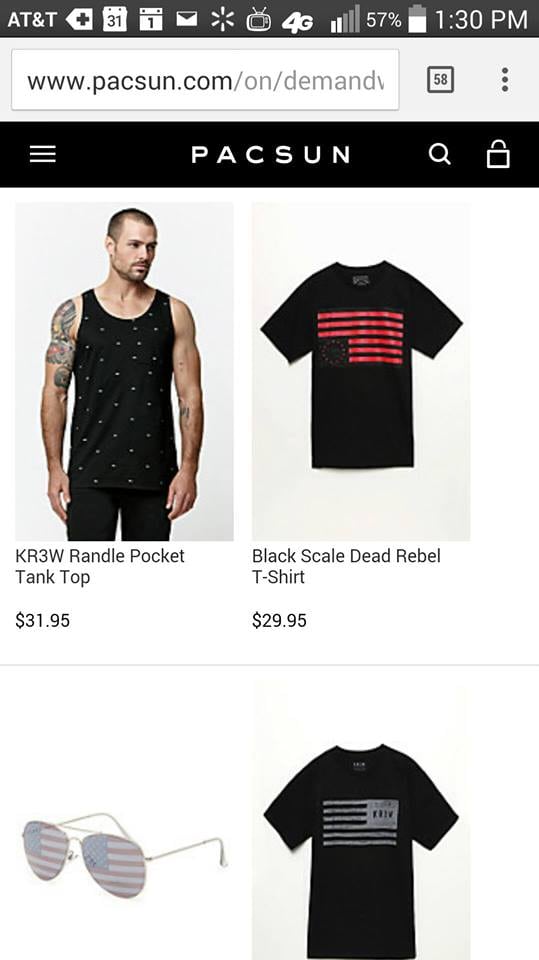 Back in March, a retired Marine and local owner of a McDonalds had the American Flag flying upside down.  He claims it was a simply mistake by one of his employees, but I find that hard to believe.  It’s just another symbol of our nation in distress.

Back in 2012, another McDonalds also had the American flag flying upside down in West Virginia…

Or how about this Mall in California that had the American flag flown upside down, yet had the Mexican flag flying proud and upright?

The Trend is Clear

Is it a bad thing?

On one side of the argument, I think flying the flag upside down is a perfectly appropriate symbol when used properly.  It’s a very powerful signal that something is wrong with this country…definitely more appropriate than the a-holes who are stomping on an American flag.  Where I find a problem with this is when a large commercial company is marketing this symbol for money.

What are your thoughts?  I’m sure people have all sorts of opinions on this one, so leave yours below!