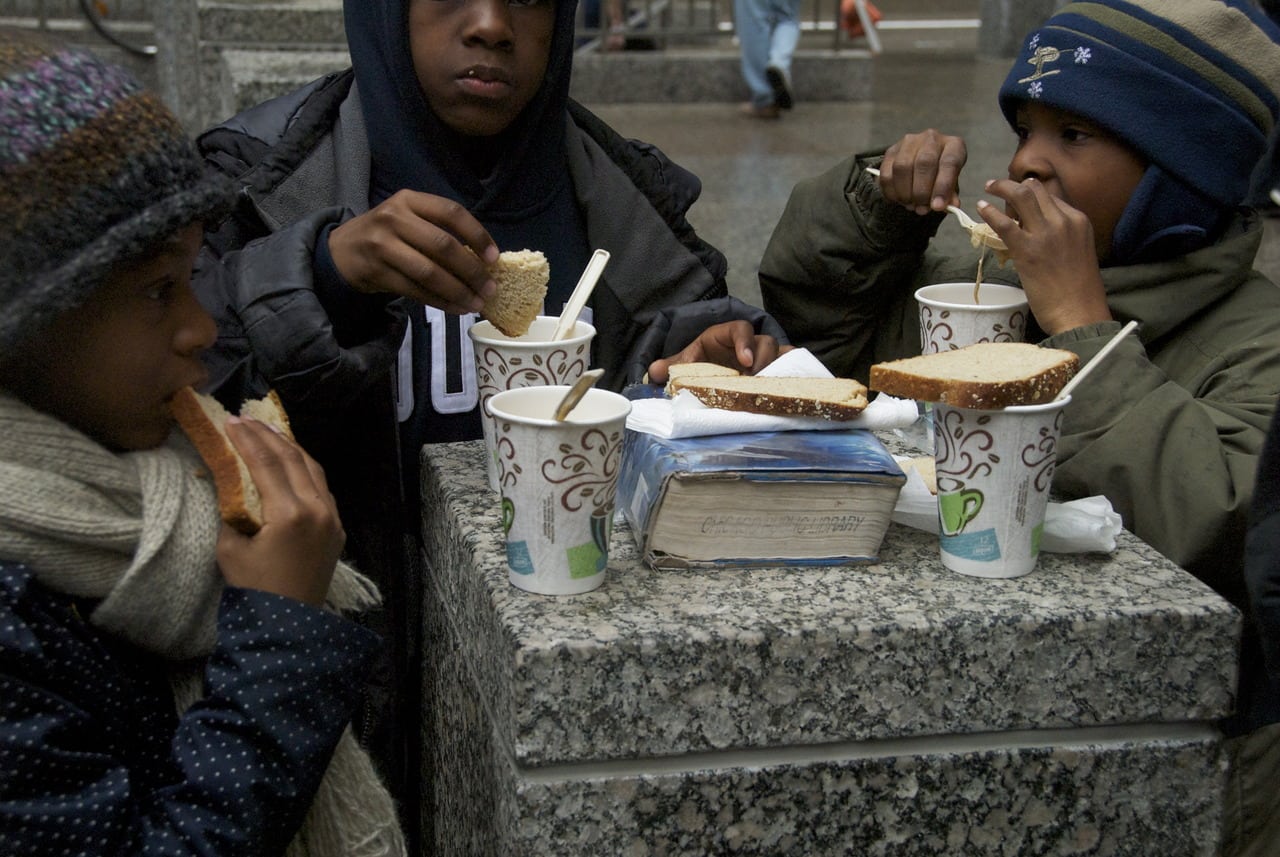 A school lunch lady is out of a job after being fired for giving lunches to kids who didn’t have any money.

Della Curry told KCNC that a first grader was crying because she didn’t have enough money for lunch so Curry gave her a lunch.

It was not the only time she provided a nutritious lunch for a child, often paying for them out of her own pocket.

KCNC said the district provides lunches for students who do not qualify for free or reduced lunch when they do not have the funds to pay. But the lunch, which is one slice of cheese on a hamburger bun and a small milk, was not sufficient in Curry’s opinion.

Curry admits she broke the law and that her firing is policy, but said that the policy needs to change.

Now, I recognize that the lady broke policy, and in turn acknowledged the risk of being fired.  But this situation lends itself to a much bigger discussion.

So, let me get this straight…

A felon can go to prison and get three square meals a day.  However, a child can only get one lunch with a piece of cheese, bread and a small milk?  Now some of you may say that these children come from families that are on welfare and other social support systems, and that the parents are using the money for their addictions rather than feeding their own children;  this is true….

And apparently, as I show in a video in this article, the larger American public does not care about starving children.

However, we need to look at the bigger picture here.  We fought a revolutionary war to free America from the debt based currency system that the British used to impoverish us.  And here we are again, today, living in a debt based monetary system that is impoverishing 90% of the people in this country.  The only difference this time is that only a small fraction of the population have the education to understand why.  The majority of American’s are blaming it on bad work ethic, drugs, democrats, etc.  These are all symptoms to the underlying problem that those who control the money system control the country, and that their intent is to steal the wealth of the every day American.

If you are not aware of how our monetary system is finite and designed to implode, this episode from Mike Maloney’s Hidden Secrets of Money will open your eyes.

Night Vision Considerations for Prepping
Prepping for a Slow Collapse vs. a BIG Event