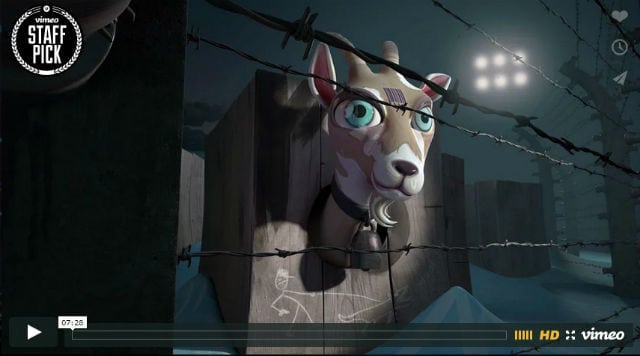 Did IPETGOATII foreshadow transpired events of 2015?

Back in 2012, a short animated film made its way through the internet community and made waves among preppers, Christians, conspiracy theorists and truth seekers.  The video was absolutely packed with apparent and subliminal symbolism about the downfall of our world throughout the past, present and future times.  Bloggers immediately took to the internet in order to decode the Free Masonry / Illuminati symbolism throughout the video and whether it foreshadowed the times to come.

The video is called I PET GOAT II and was made by a new and unknown company called Heliophant.  The video is extremely professional with quality in par with (or even surpassing) Pixlar films, but was supposedly only created by 1 individual over a 5 year time span.  That individual is Louis Lefebvre, who’s previous experience is only attributable to Lord of the Rings – The Two Towers, back in 2002 (as per IMDB).  Controversy swarmed around the video; is Heliophant an Illuminati entity that is blatantly showing their plans for the world, or is this piece meant to expose the symbolism that the elites use?

Don’t think symbolism isn’t calculated and controlled by an elite group?  Tell me that things like this Beyonce choreographed dancing isn’t calculated symbolism (image – winged demonic serpent ‘halo’ of medieval times).  This image is hardly even the tip of the iceberg when it comes to the symbolism we see.  A website called Vigilant Citizen has tons of articles on the symbols in today’s culture. 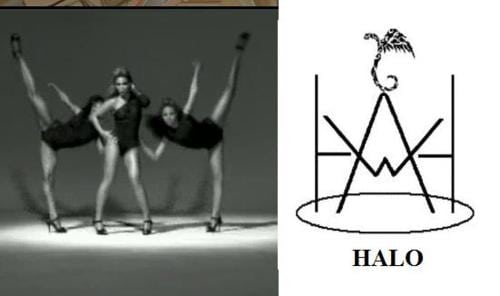 Anywho, onward with the original purpose of the article…

Alex Jones interviewed Louis in a two part interview, and the answer to that question is supposedly the latter.  Louis said that he created this film to expose our elite controlled world so that people can rise up against the oppression.  However, being that Louis created this video between 2007 and 2012, how are events in his video following current events that have transpired in 2012-2015?  While this is very conspiratorial and conjecture, the general accuracy of this video before events have even occurred has me tilting my head…

What aspects of the movie am I talking about?  Well, let’s look at a couple:

If you haven’t watched the full video, first do so by clicking HERE.

The Islamic State was a terrorist group that had originated back in 1999 and was not known to the world.  It was not even known as the Islamic state and had the obscure name of  “Jama’at al-Tawhid wal-Jihad” .  However, they only made mainstream news around April 2013 when they renamed themselves ISIS / ISIL.  At this point in their journey, they were infiltrating the middle eastern countries with a force  and funding equivalent to a standing army.  Most notably, we see the black uniforms and black flag which are hall marks of the organization.  Is it pure coincidence that Louis has an army of black soldiers standing behind Osama Bin Laden with the upside down Islamic moon symbol?  After all, the assassination of Osama Bin Laden was one of the major events that kicked off the Middle East outrage. 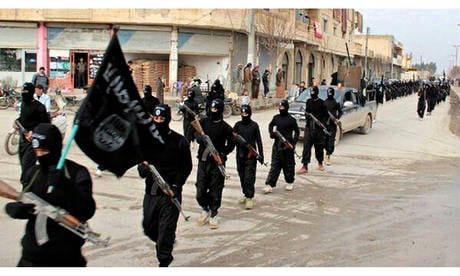 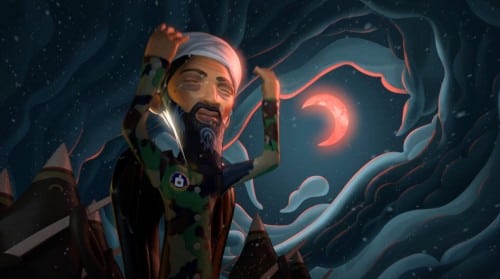 At some point in the video, Obama has sweat rolling down his face as he realizes exactly what he has done and what will transpire.  Yesterday, 2/10/2015, Matt Drudge from Drudge Report made a viral comment about Obama sweating profusely on camera during the Grammys.  His voice is hoarse, he has bags under his eyes, and he looks like someone who is in much duress.  Normally, Obama is calm, cool, collected and always cracking jokes due to his PR coaching.  Coincidence with the video?  Probably… But creepy nonetheless. 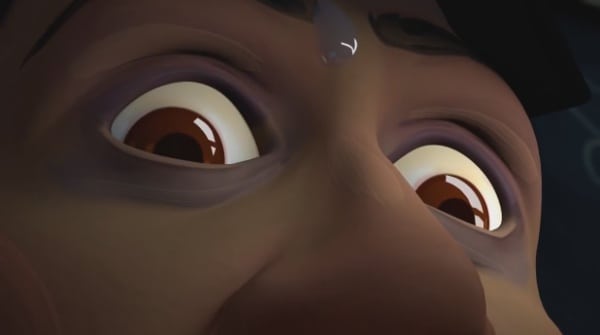 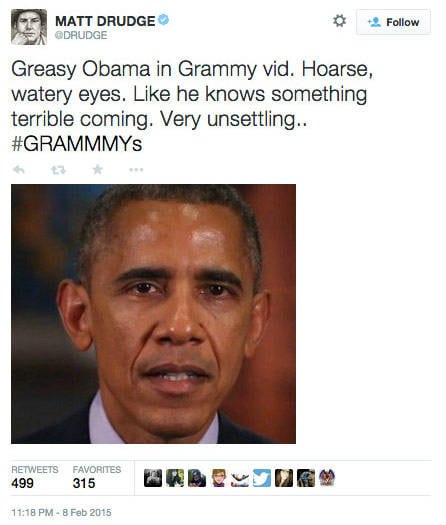 Police state and loss of liberty

How about our loss of privacy, liberties, and the increasing police state?  Lady Liberty has the Star of David at her base.  After this imagery, her torch of freedom falls off into the water and is extinguished .  The star is that which was used by Nazi Germany to mark a ‘subhuman’ Jew.  We can all see that our freedoms are being lost and that patriots are being marked and tracked by the government as sovereign citizen dissenters.  With American’s being worried about government control of the citizens, does this video foreshadow that truth? 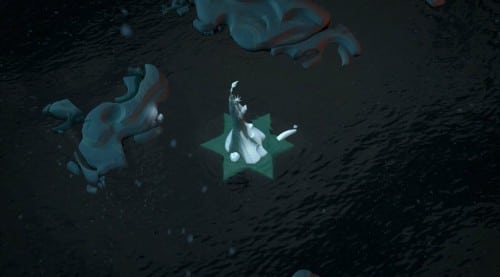 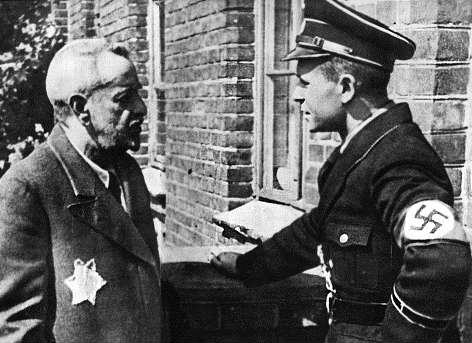 I PET GOAT II is a piece of art that has so much deep symbology that I have a hard time believing Louis in his Alex Jones interview.  As am amateur symbologist (as he claims), I don’t know how he could pull off this kind of work alone.  Occult symbolism is all through our music and entertainment industry and seems to be very coordinated and calculated.   I think IPETGOAT is no exception.

World War on the Horizon

What is most frightening about the end of the video, is that it shows the stock market crash, nuclear and chemical weapons, an the fall of civilization.  Let us hope that he is wrong about these events.  However, if you watch the news lately, you’ll most likely come to the conclusion that he may be right.

NATO is building up military soldiers and armaments around Russia

The rate of Nuclear Capable Russian bombers and submarines incurring on US and ally territory are increasing.

Prepare yourselves…this is going to be a bumpy ride.

There are a multitude of blogger analysis posts regarding IPETGOATII.  If you want to learn more, you can start HERE.

Prepping Ain’t Pretty – What to do with #2?
Sticks & Stones May Break his Bones, but he always remains a Patriot