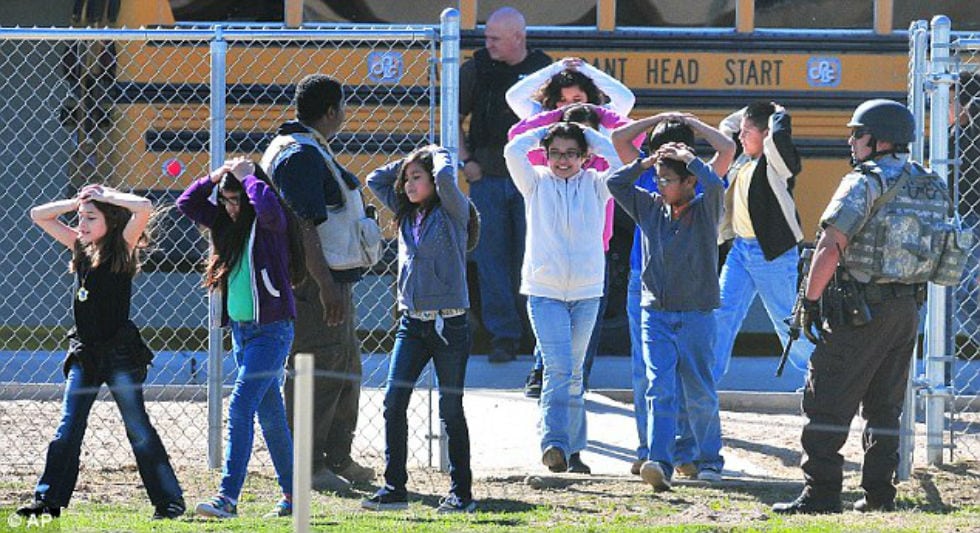 America’s Children: The Trials of Growing Up in a Police State

I normally only re-post great articles on my On Point Preparedness Facebook page (be sure to “like” to tune in to those feeds).  However, I wanted to repost a particular article from John Whitehead from The Rutherford institute.  I’ve been reading John’s work for awhile and he is one of my favorite writers on the current state of affairs in America.  Below is a very powerful article from John, as well as a tear-jerking quote from Alecia Phonesavanh – the Mother of Baby Bou Bou who was critically wounded by a flash bang from a SWAT raid.

“It’s been three weeks since the flashbang exploded next to my sleeping baby, and he’s still covered in burns. There’s still a hole in his chest that exposes his ribs. After breaking down the door, throwing my husband to the ground, and screaming at my children, the officers – armed with M16s – filed through the house like they were playing war. They searched for drugs and never found any. I heard my baby wailing and asked one of the officers to let me hold him. He screamed at me to sit down and shut up and blocked my view, so I couldn’t see my son. I could see a singed crib. And I could see a pool of blood. The officers yelled at me to calm down and told me my son was fine, that he’d just lost a tooth. It was only hours later when they finally let us drive to the hospital that we found out Bou Bou was in the intensive burn unit and that he’d been placed into a medically induced coma.”—Alecia Phonesavanh, the mother of Baby Bou Bou

After a year dominated with news of police shootings of unarmed citizens (including children), SWAT team raids gone awry, photo ops of militarized police shouldering assault rifles while perched on top of armored vehicles, and reports on how the police are using asset forfeiture laws to pad their pockets with luxury cars, cash and other expensive toys, I find myself wrestling with the question: how do you prepare a child for life in the American police state, especially when it comes to interactions with police?

Do you parrot the government line, as the schools do, that police officers are community helpers who are to be trusted and obeyed at all times? Do you caution them to steer clear of a police officer, warning them that any interactions could have disastrous consequences? Or is there some happy medium between the two that, while being neither fairy tale nor horror story, can serve as a cautionary tale for young people who will encounter police at virtually every turn?
Children are taught from an early age that there are consequences for their actions. Hurt somebody, lie, steal, cheat, etc., and you will get punished. But how do you explain to a child that a police officer can shoot someone who was doing nothing wrong and get away with it? That a cop can lie, steal, cheat, or kill and still not be punished?
Kids understand accidents: sometimes drinks get spilled, dishes get broken, people slip and fall and hurt themselves, or you bump into someone without meaning to, and they get hurt. As long as it wasn’t intentional and done with malice, you forgive them and you move on. Police shootings of unarmed people—of children and old people and disabled people—can’t just be shrugged off as accidents, however.

Aiyana Jones was no accident. The 7-year-old was killed after a Detroit SWAT team launched a flash-bang grenade into her family’s apartment, broke through the door and opened fire, hitting the little girl who was asleep on the living room couch. The cops weren’t even in the right apartment.

Ironically, on the same day that President Obama refused to stop equipping police with the very same kinds of military weapons and gear used to raid Aiyana’s home, it was reported that the police officer who shot and killed the little girl would not face involuntary manslaughter charges.

Obama insists that $263 million to purchase body cameras for police will prevent any further erosions of trust, but a body camera would not have prevented Aiyana from being shot in the head. Indeed, the entire sorry affair was captured on camera: a TV crew was filming the raid for an episode of The First 48, a true-crime reality show in which homicide detectives have 48 hours to crack a case.

While that $263 million will make Taser International, the manufacturer of the body cameras, a whole lot richer, it’s doubtful it would have prevented a SWAT team from shooting 14-month-old Sincere in the shoulder and hand and killing his mother.