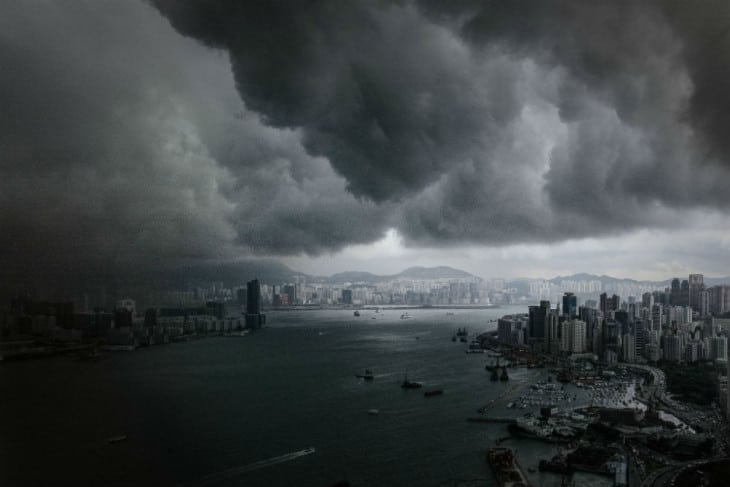 A Smart Banker Covers his Tracks: The Road to WW3

Approximately 3% of the population is preparing for a major event to occur within the United States.  As I read the headlines from week to week, it seems as though almost any SHTF scenario is possible in today’s day and age.  There are financial issues, geopolitical instability, peculiar changes in our natural environment (e.g. -mass animal deaths), solar weather issues, etc.  While some have absolute conviction in what they think “the event” will be, many of us are left pondering “what” and “when”?

If you are preparing across all of your basic needs, you should be able to handle most SHTF situations.  However, there are some scenarios that require specific preparations.  In this article, I’m going to share with you my concerns of what I believe is the possible SHTF cascading events and when they might happen.

A smart banker covers his tracks.  Make no mistake, the creation of the Federal Reserve in 1913 and up through today has thrusted the United States back into a situation similar to the Revolutionary War.  Back in the 1700s, the colonists were prosperous until the British Parliment enacted the Currency Acts of  1751 and 1764.  These acts essentially destroyed the debt-free money of the colonists, and forced them to be governed by the banking industry.  This eventually led to depression and the Revolutionary War.

Not just the United States – Bankers are now in control of almost every country in the world.  However, most people have no idea.  This blogger says it best:

Governments have been known to default on debt. Russia, Ecuador, Chile, and many more have defaulted just in the last century. Why don’t you hear about it? Why are government bonds always called “risk-free” or “Inflation-Protected Securities”? Why don’t they come out and tell you that government debt has a reckless – even disastrous – past? Because it’s bad for business. And it really kills the Ponzi scheme.

Our banking system by design is intended to fail.  If you don’t know why, this video is a good summary.  When it fails, the banking industry as a whole will not be held culpable for their wrong-doings.  I believe the blame will be completely covered up:

Stage 1 – A cyber attack targets the banking industry and severely disrupts corporate and private financial  accounts.  As most of the world’s banking industry is digital, this pre-planned false flag attack will clean their dirty hands.  As we’ve seen with the Sony Hack, Apple Hack, a recent cyber attack on a German steel mill, and more, cyber attacks are quickly garnishing public awareness.  Although the US has been historically superior due to its geographic location, it is still subject to equalizing forces such as cyber and nuclear.

Stage 2 – Who conducted the attack?  Of course, there has to be a scape goat on the end of the line.   It is clearly evident that the blame will be placed on Russia as news articles are already spurring across the internet like this one – Russia is behind cyber attacks on banks.

Stage 3 – Public opinion will be overwhelmingly favorable for a US intervention with Russia.  What this entails initially (counter cyber attack, boots on the ground, etc.) I do not know.  However, at some point in time, there will be physical conflict and it will be multi-national (world war).  This stage will progress throughout the remainder of the other stages.

Stage 4 – Repercussions of the wrecked financial system will cause social instability – As seen in Jason A’s most recent video, and in a multitude of other news articles, we are in a police state that was designed by institution of the Pentagon 1033 program.  We will see our civil liberties almost completely disappear in favor of security and patriotic duty.

Stage 5 – The Draft – Our military is incredibly fatigued.  There is no possible way that our current military could handle a world war coming out of the 13 year long wars that we have been in.  As I’ve documented in my article – Govt Gun Confiscation by Giving you a Gun?, I believe that a draft will be reinstated.  In fact, Rep. Charlie Rangel is already starting to promote a war tax and reinstated draft.

Do you think the leadership in Washington has cool enough heads to avoid nuclear conflict?  It is a sad state of reality that this equalizing force will be used at some point in the coming war.

Take a look at this timeline of major wars from before 1BC up to today.  Humans unfortunately have societies where narcissists are prone to become leaders.  As displayed throughout history, when their narcissistic tendencies tend to get out of control and favor conquest, we have war.  War is part of living on this earth.  To think that America will always remain the land of unscathed soil is a frivolous thought.

I believe these events will take place starting spring or fall of 2015.  This is based on my observation of what many prepper and financial analysts are predicting.  I’m also starting to dabble in the religious aspects of this as well, and the date/times line up as well.  If you haven’t read Johnathan Cahn’s The Mystery of the Shemitah, he explains that 2015 is the Shemitah year or “wiping clean” of debts.  Could it be that the cyber attack which wipes the financial sector aligns with his religious cycle?  Perhaps we’ll see.

TENTS: Not Always your Warmest Shelter Option
Are You an Effective & Organized Prepper?