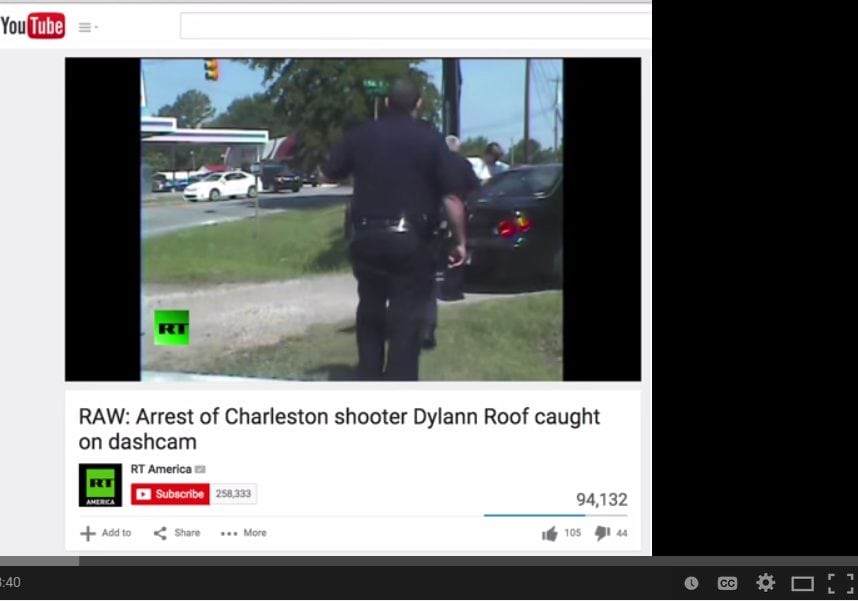 Youtubers,  Facebookers and Twitter folks are lighting up social media in a resounding WTF moment!  New raw dashcam footage has been released from the Charleston Police which features the apprehension of Dylann Storm Roof, the young man who allegedly murdered 9 church-goers in cold blood.

Even if you only have a couple of brain cells, you can see that this apprehension stinks of BS through and through.

While departments differ on the particulars of dealing with an armed suspect inside of a car, the principles remain the same.

None of the officers practiced any of these core principles.  Do we think this is simple negligence?  ABSOLUTELY NOT!  Officers would not display such incompetence even if this was a “going through the motions” training.

In the coming days and weeks, we will most likely see additional false flag details come out about this operation.  Using the Newton shooting as a blue print, we can compare and contrast events much more easily.  Were websites created prior to the event?  Are all the funerals going to be closed caskets?  Will we see odd relationships with the victims and families with big government or money?

Time will tell, but this arrest video is telling!