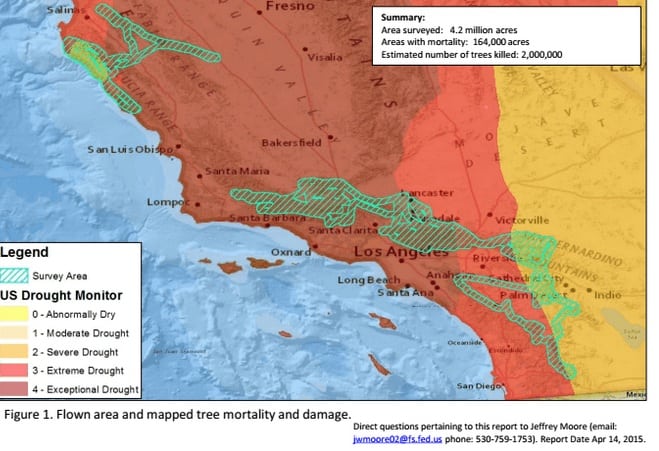 Is California Headed into an Engulfment of Flames?

A report from the LA times has scientists suggesting that the unprecedented record drought has caused 12 million trees to die.  With CA’s history of forest fires, this can’t be good.

However, scientists have re-focused their attention on the non-human component.  Due to the drought, there are record numbers of trees dying which may surpass the records set in the 1970’s. 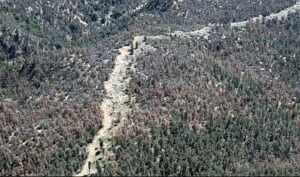 All you need is one small forest fire, and we could see one of the most major forest fires in CA history!  Worst thing is that there is simply nothing that can be done.  Simply wait for the fire, and just hope that it can be contained.

It’s not only the trees

This report from Al Jazeera shows that the drought is affecting wild life from birds, to deer to aquatic life. From current surveys, some of the populations of animals are in decline by as much as 15%.  It also doesn’t help that disease infected rodents like mice and rats are starting to creep into human areas in search of water.  Rats and mice have been found scavenging water out of bird baths and other unusual sources.

It’s not only the drought

As we all know, plums of Fukushima radiation have made their way from Japan to the California coastline.  Several reports which are dismissed from mainstream media are also claiming that sea life is sick or dying at an alarming rate!

Add to that bucket more of the human element with California having severe wealth inequality and terrible race relations, it is no stretch of the imagination that California is about to be engulfed in flames.  Literally from forest fires, and figuratively from the wrath of God.