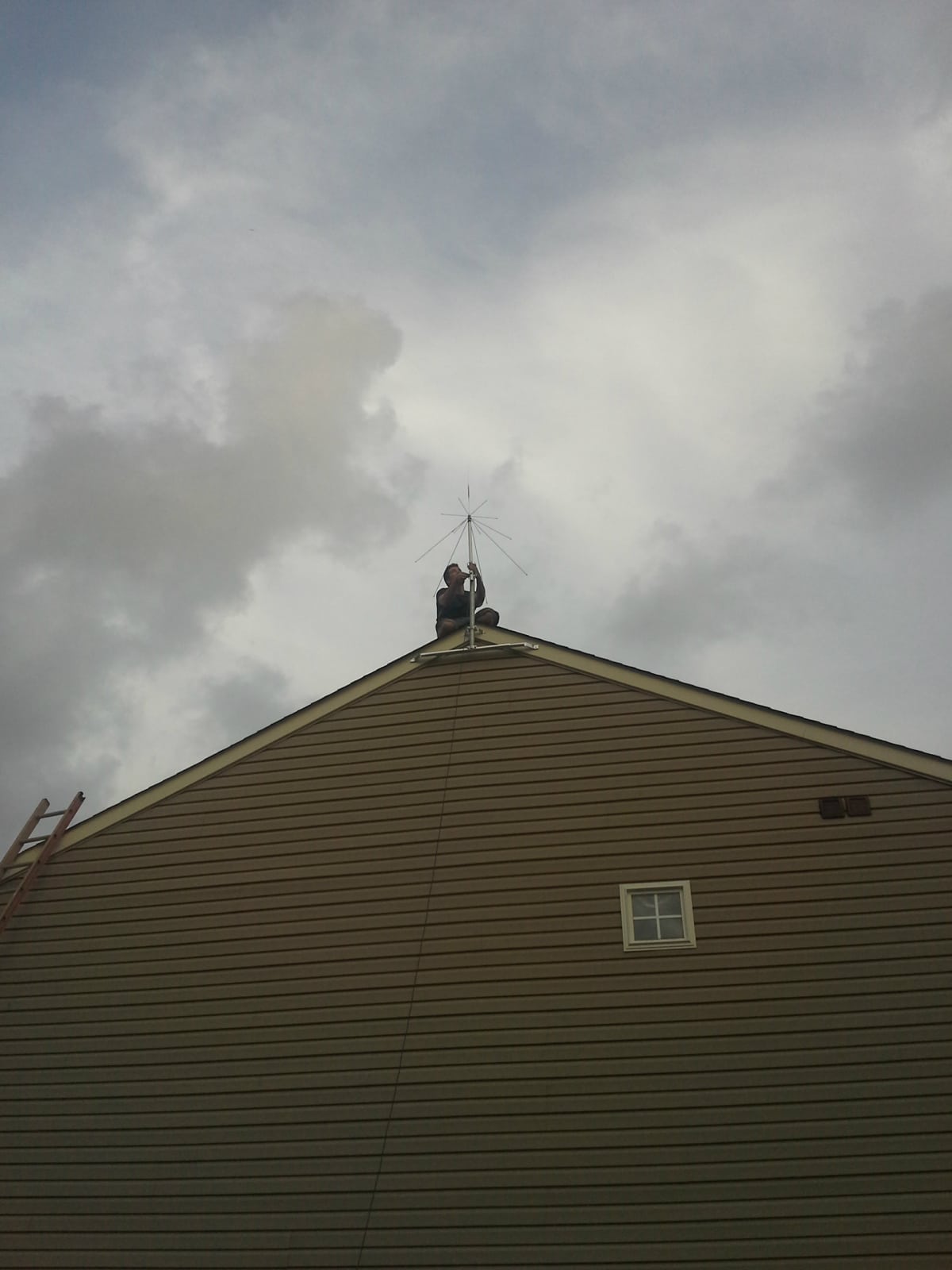 Communications is an essential aspect of any preparation plan.  Whether you are preparing for a natural disaster, civil unrest, or simply backpacking into the woods, having the means to communicate can be a life saver.

As I tell my members in our Preparedness 101 course, any preparation plan should be compartmentalized in order to prevent getting overwhelmed.  The major buckets that I use are:

As of the beginning of 2014, most people that are turning on to the preparedness mindset have seen the effects of water ill-preparedness.  California is now experiencing one of the worst droughts in history to the point of where migration out of the state might be necessary.  West Virginia had a chemical spill/dump which rendered city water undrinkable.  Just recently (August 2014), Toledo city water was found to be toxic by an uncontrolled Algae bloom.

While many are following the mainstream media trend of having extra water on hand, they fail to recognize the other major buckets.  Even in the preparedness community, one of the buckets that most people have no preparation for is Communications.  I find that the biggest reason people fail to engage in this area is because they think alternate communication in the form of HAM/Amateur radio is too expensive and technical.  In order to demystify those false perspectives, be sure to read by article – HAM Radio for Under $60 – EASY!

Break free of major trends and start having backups to your cell phone!  With cell phones being the dominant communication device for inside and outside the home, people do not recognize its major deficiencies.  Why doesn’t your cell phone work in spaces such as crowded concerts? Likewise, in the case of an local disaster/emergency, why can you not get a call out on your cell phone?  Cell phones rely on cell phone towers and there may not always be adequate coverage in a particular area.  Additionally, cell phone towers offer a very small spectrum of the radio frequency.  You may not be able to snag a portion of the cell phone radio spectrum because it is used by so many other people.

So how do I get started?

Amateur radio clubs are everywhere and can be searched via google.  They are a great tight knit group of people who are more than willing to devote their time and energy into helping you understand amateur radio and even get you set up.  My local club demonstrated this good will by helping me install a new antenna on my roof this week.  Amateur radio and the people you meet is a very rewarding hobby as well as an essential aspect of preparedness.  I encourage everyone to get involved!

Some pictures from the volunteers who helped me get set up: 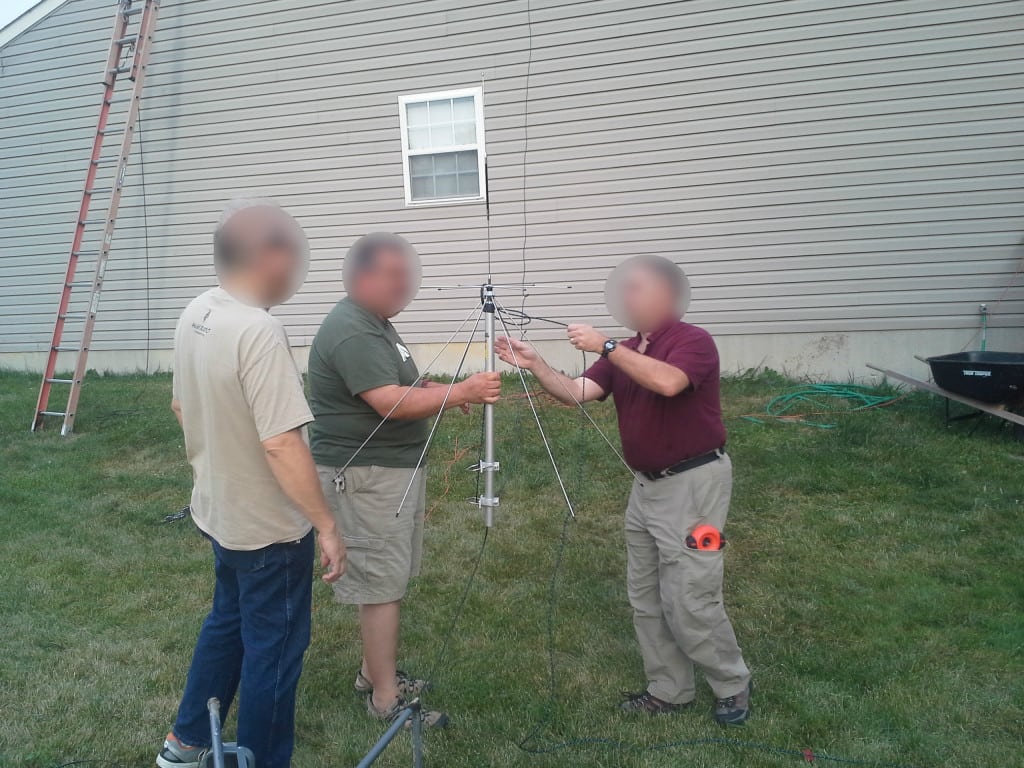 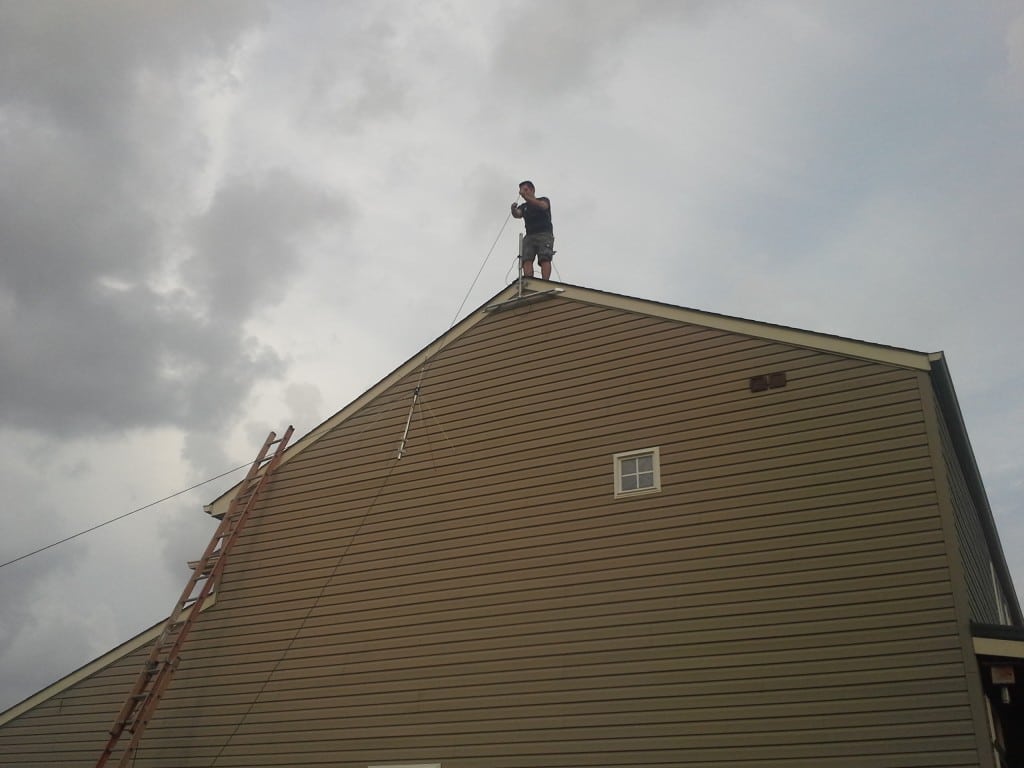