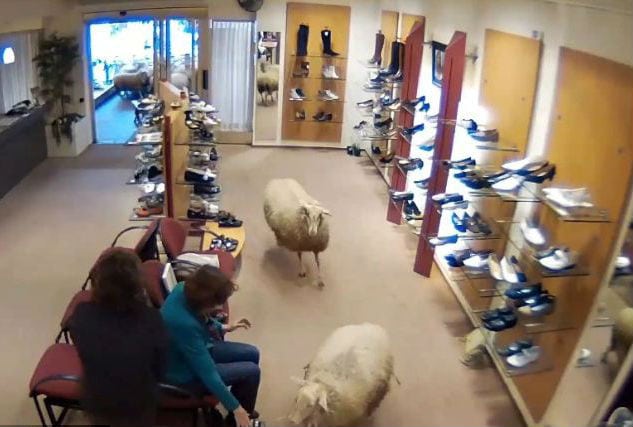 My Life as a Sheep

Today, I was at the grocery store by myself doing some shopping.  For the duration of my 1 hour adventure, I could not help but be in awe of the absolute obliviousness of my fellow shoppers.  As I got out of my car and braved the 10 degree weather towards the store, I was passed by at least 6 people with nothing more than thin pants and a fall season jacket.  To my surprise, one of the individuals was even wearing shorts and a button down shirt with no jacket at all.

My experience inside the store was no different.  As I perused through the isles, I was bumped into by three people that were either busy texting on their phone or looking up at the ceiling to see which isle to go to.  One laughable moment was a lady in her 50’s who’s cane (which was hanging off her shopping cart) snagged my coat and dragged it away.  She proceeded down the isle for at least 5 seconds with my coat hanging off her cane without her knowing its presence or my repeated “excuse me ma’am’s”.  I eventually just picked my coat off her cane, still without her knowing.

While any venture into public spaces can be met with its fair share of unaware individuals, this trip was just special.  As I drove home, I contemplated on my life as a sheep before I became aware and prepared.  My…how far I’ve come.

“Freedom is never more than one generation away from extinction. We didn’t pass it on to our children in the bloodstream. It must be fought for, protected, and handed on for them to do the same, or one day we will spend our sunset years telling our children and our children’s children what it was once like in the United States where men were free.” – Ronald Reagan

In today’s culture, self sufficiency has been turned in for collective dependence, and dependence has turned us in to pseudo-slaves.  This is further exacerbated by the fact that many families nowadays do not instill good honest principles in their children, nor explain to them the fact that freedom is not simply given but something that must be continuously fought for.

Although I do not believe I had lost my morals or felt entitled, I most definitely was subservient to technology.   A look at my XBOX total play time most likely amounted to more hours than several college credit courses.  If I would have used that time more constructively, I may have even been able to master a foreign language.   Many others are far worse than myself.   Take a look at just one popular game back in 2011 – Battlefield 3.  This page lists the total play time of the top players. 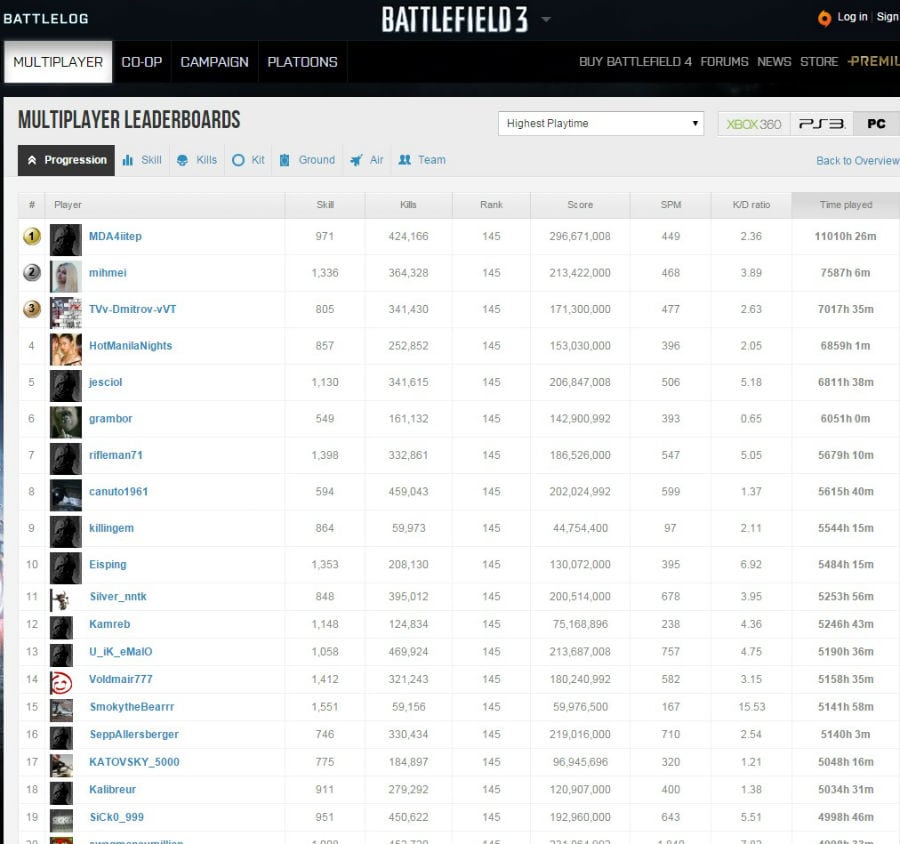 Many of these players have ranked anywhere from 1000 – 6000 total hours play time.  May I remind you that there are 2080 work hours in a year…  Also recognize that most people played this game from October 2011 (launch date) to October 2013 which was when the new Battlefield 4 game out.  That means some of these individuals were literally playing more than a person works in a year.  It is not an American phenomenon either.  In South Korea, a 28 year old died because he played video games for 50 hours straight.

This techno-slave attitude continues on with smart phones, cable television, and all the other smart gadgets available to us.

My awakening moments were all tied to exploration of the internet and receiving “true news” as opposed to the scripted mass media on television.  From there, I became more aware of my world and the need to be less reliant on others.  I have since stopped playing video games, removed cable television and am cognitively aware of how much I use my smart phone and other gadgets.  I’ve taken charge of my own security, started growing and storing my own food, purchased a wood stove, as well invested time and money into other self-reliant ventures.

Overall, it felt like I was not only breaking free of an addiction, but also breaking through a world of information war.  I feel more in control and more appreciative towards everything.  I am  happier with my accomplishments, and look forward to how self reliant I can be.

How about you?  Were you always self-reliant and prepared, or were you a sheep at one time like me?

Sticks & Stones May Break his Bones, but he always remains a Patriot
Build Your Own Bug Out Bag (Categories & Ideas)